KNOXVILLE, Tenn., May 4, 2017 /PRNewswire/ -- Regal Entertainment Group, a leading motion picture exhibitor owning and operating one of the largest theatre circuits in the United States, in collaboration with AMD, Alienware and FOX, today announce an exclusive virtual reality experience in select Regal Cinemas. Beginning May 4th, select Regal locations will feature Alien: Covenant In Utero virtual reality experience in 15 different cities, inviting guests to immerse themselves in this once-in-a-lifetime gaming experience. Alien: Covenant, from director Ridley Scott and distributed by 20th Century Fox, will arrive in Regal Cinemas across the country on May 19. 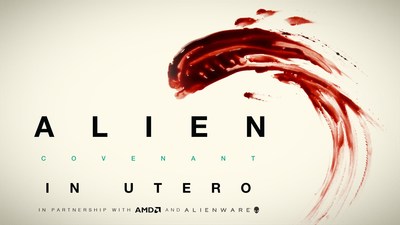 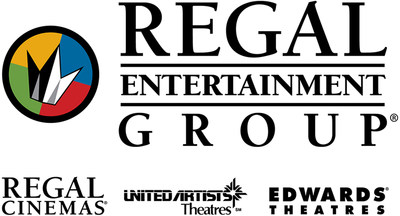 Produced by Ridley Scott and directed by David Karlak, Alien: Covenant In Utero is a 360-degree virtual reality journey into a living nightmare that offers a terrifyingly close and personal encounter as an alien Neomorph at the time of its birth. Fans will be able to experience the world around them and relive the very first memories of the Neomorph in an immersive environment.

"The intense, action-packed nature of the Alien franchise makes it a perfect setting for virtual reality," said Ken Thewes, Chief Marketing Officer at Regal Entertainment Group. "Through our collaboration with Fox and AMD and Alienware, this innovative technology will add a whole new dynamic to the movie going experience for Alien: Covenant, and we are thrilled to offer this unique Virtual Reality experience for our Regal guests."

'AMD is proud to be working with our friends at Regal to bring this incredible Alien Covenant Virtual Reality Experience to cinema lobbies across the country' said Raymond Dumbeck, Director, AMD. 'VR is currently the most eagerly anticipated development in immersive computing. AMD is excited to deliver the foundational technology for such premium and stunning VR experiences, engaging a broad range of consumers in a visceral and exciting way as well as enabling them to experience this truly transformational technology.'

"VR can add so much to the movie going experience and Alienware, along with AMD, is excited to add the performance and reliability that Regal and 20th Century Fox count on," said Chris Sutphen, director of marketing, Alienware. "The Alien franchise is right up our alley and the Alien Covenant In Utero VR experience is a great example of how VR can add something new and interesting for moviegoers at participating Regal Cinemas."

The traveling event will run in select Regal Cinemas from Thursday to Sunday beginning May 4 and concluding on June 4. The theaters will feature several Oculus Rift demo kiosks where viewers can immerse themselves in the powerful content before or after their movie. Each of the kiosks will be powered by Alienware Aurora PC's, which are designed for virtual reality and powered by Radeon™ RX 480 graphics cards. Regal invites all guests to enjoy this free experience. Regal Crown Club members will also have access to a priority fast-track line. The tour schedule includes:

About Alien: Covenant:Ridley Scott returns to the universe he created, with Alien: Covenant, a new chapter in his groundbreaking Alien franchise. The crew of the colony ship Covenant, bound for a remote planet on the far side of the galaxy, discovers what they think is an uncharted paradise, but is actually a dark, dangerous world. When they uncover a threat beyond their imagination, they must attempt a harrowing escape.

About AMD:For more than 45 years, AMD has driven innovation in high-performance computing, graphics, and visualization technologies ― the building blocks for gaming, immersive platforms, and the datacenter. Hundreds of millions of consumers, leading Fortune 500 businesses, and cutting-edge scientific research facilities around the world rely on AMD technology daily to improve how they live, work, and play. AMD's global employees are focused on building great products that push the boundaries of what is possible. For more information about how AMD is enabling today and inspiring tomorrow, visit the AMD (NASDAQ: AMD) website, blog, Facebook and Twitter pages.

About Alienware Aurora:Designed for VR, while supporting dual graphics and liquid cooling technologies, the new Alienware Aurora was engineered to exceed today's virtual reality requirements. With convenient tool-less access, it offers easy upgradeability for the next wave of VR. With a "Ready for VR" Alienware PC, you can be the first to experience the future of gaming. Alienware provides a range of systems to bring you the most immersive VR experience imaginable.

About Regal Entertainment Group: Regal Entertainment Group (NYSE: RGC) operates one of the largest and most geographically diverse theatre circuits in the United States, consisting of 7,262 screens in 559 theatres in 43 states along with Guam, Saipan, American Samoa and the District of Columbia as of March 31, 2017. The Company operates theatres in 48 of the top 50 U.S. designated market areas. We believe that the size, reach and quality of the Company's theatre circuit not only provide its patrons with a convenient and enjoyable movie-going experience, but is also an exceptional platform to realize economies of scale in theatre operations.