NEW YORK, April 17, 2013 /PRNewswire/ -- Before his untimely passing in 2011, legendary E Street Band saxophonist Clarence Clemons helped raise hundreds of thousands of dollars for Little Kids Rock, a leading nonprofit provider of free musical instruments and lessons to more than 100,000 underprivileged public school students across the United States. Since he received the inaugural "Big Man of the Year Award" in 2009 at Little Kids Rock's Right to Rock Celebration, the award has been given annually to artists including Lady Gaga, Steven Van Zandt and Bernie Williams, who have embodied Clemons' spirit of generosity and service. In an effort to honor his legacy and continue supporting music education in public schools, Little Kids Rock is asking fans to nominate the next "Big Man of the Year."

"This was something that was very close to Clarence's heart," Bruce Springsteen said at last year's Right to Rock Celebration before presenting the award to his band mate, Steven Van Zandt, who he called, "the last of the true believers in rock's transformational powers, and what it might do in the world."

Little Kids Rock honors Clemons annually at its Right to Rock Celebration by presenting the "Big Man of the Year Award" to an artist who embodies the values of generosity and service that reflect the "Big Man's" legacy and Little Kids Rock's ideals.

Last year, the "Big Man of the Year Award" was presented to Little Steven Van Zandt. The gala raised more than $800,000 and featured performances from Bruce Springsteen, Elvis Costello, Tom Morello, Southside Johnny, Kris Allen and several others including Clarence's nephew Jake Clemons who is an honorary board member of the charity. The award went to Lady Gaga the year before, and to Yankees legend and jazz guitarist Bernie Williams in 2010.

"It is a privilege to be able to honor the 'Big Man's' legacy each year while also providing music education to our nation's disadvantaged youth," said Little Kids Rock Executive Director, David Wish. "Adding his fans' support to that equation makes it all the more special."

The nomination process is open from April 16th – May 1st at www.facebook.com/littlekidsrock. The "Big Man of the Year Award" will be presented at the Right to Rock Celebration in October. The funds raised at this gala will go toward providing free instruments, curriculum and lessons to thousands of students in disadvantaged public school districts nationwide that have seen their music programming decimated due to budget cuts.

"More than 50 percent of kids who play an instrument go on to college, yet music education programs at the inner city public schools who need them most continue to be hit hard with budget cuts," Clemons once noted. "Little Kids Rock has responded to this problem in a really big way and made a positive impact on the lives of literally thousands of low-income students who wouldn't have otherwise had the opportunity. I strongly encourage those who are in a position to do so to support their cause and spread the word about this inspirational program."

Nominate the 2013 Big Man of the Year at: www.facebook.com/littlekidsrock

About Little Kids RockLittle Kids Rock is a national nonprofit that transforms children's lives by restoring and revitalizing music education in disadvantaged public schools. The organization partners with school districts to train public school teachers in their innovative curriculum while donating all of the instruments and resources necessary to run rockin' music programs. To date they have reached over 234,000 students. More info at www.littlekidsrock.org. 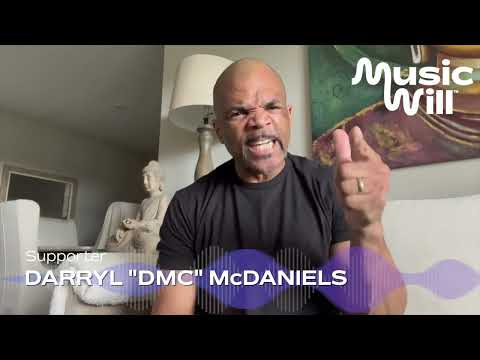