CHICAGO, Sept. 23, 2019 /PRNewswire/ -- Feeding America®, the nation's largest domestic hunger-relief and food rescue organization, today launched a Public Service Advertisement (PSA), "I am Hunger in America," in partnership with the Ad Council and Leo Burnett. The campaign aims to challenge public perception of who faces hunger domestically by combining artificial intelligence (AI), data from the United States Department of Agriculture (USDA) and real, current stories of food insecurity to create a face of hunger. 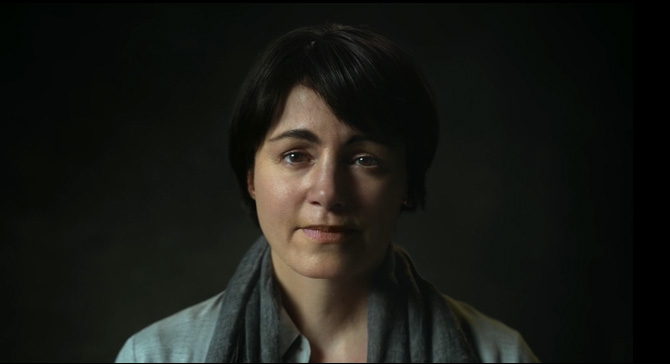 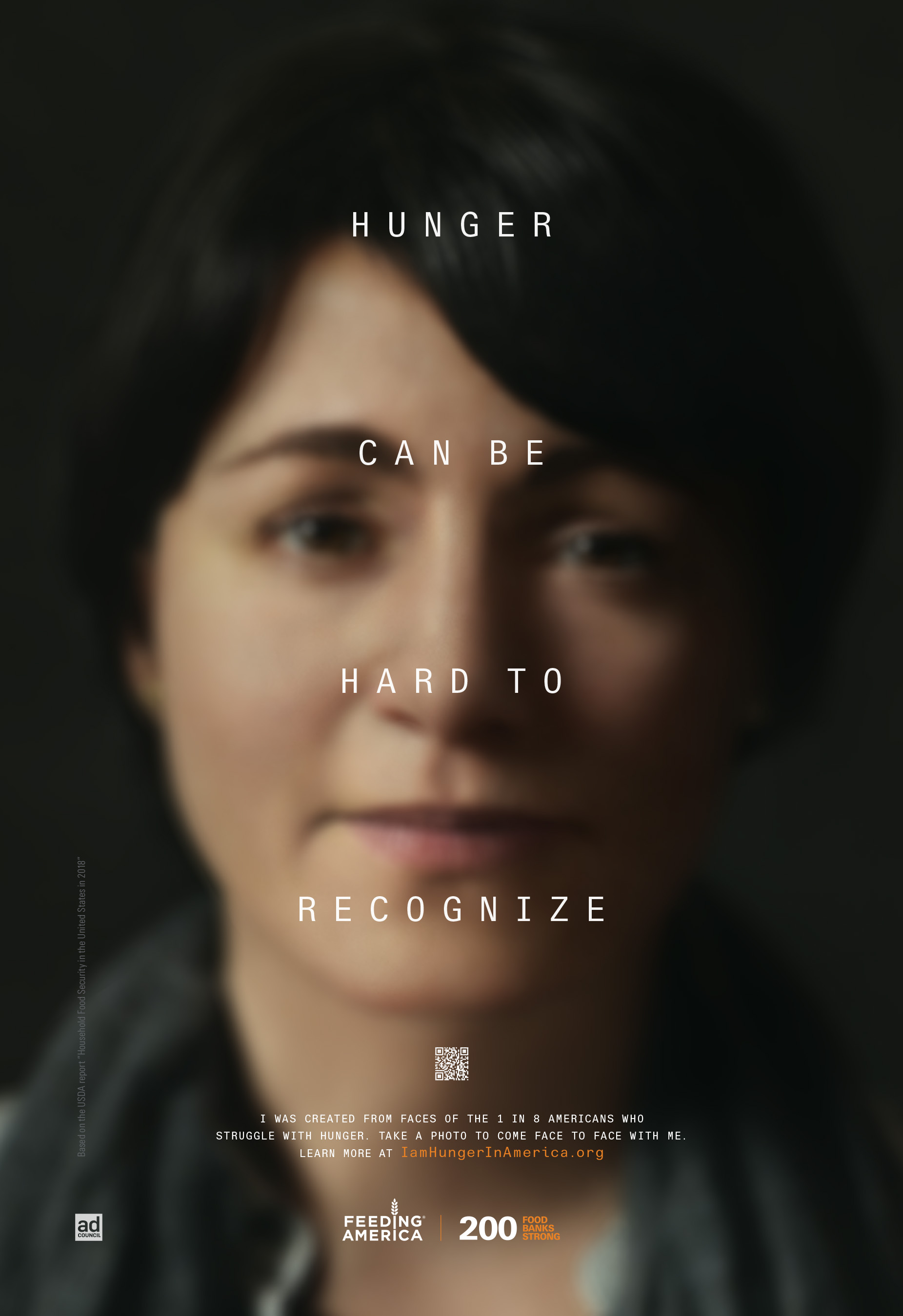 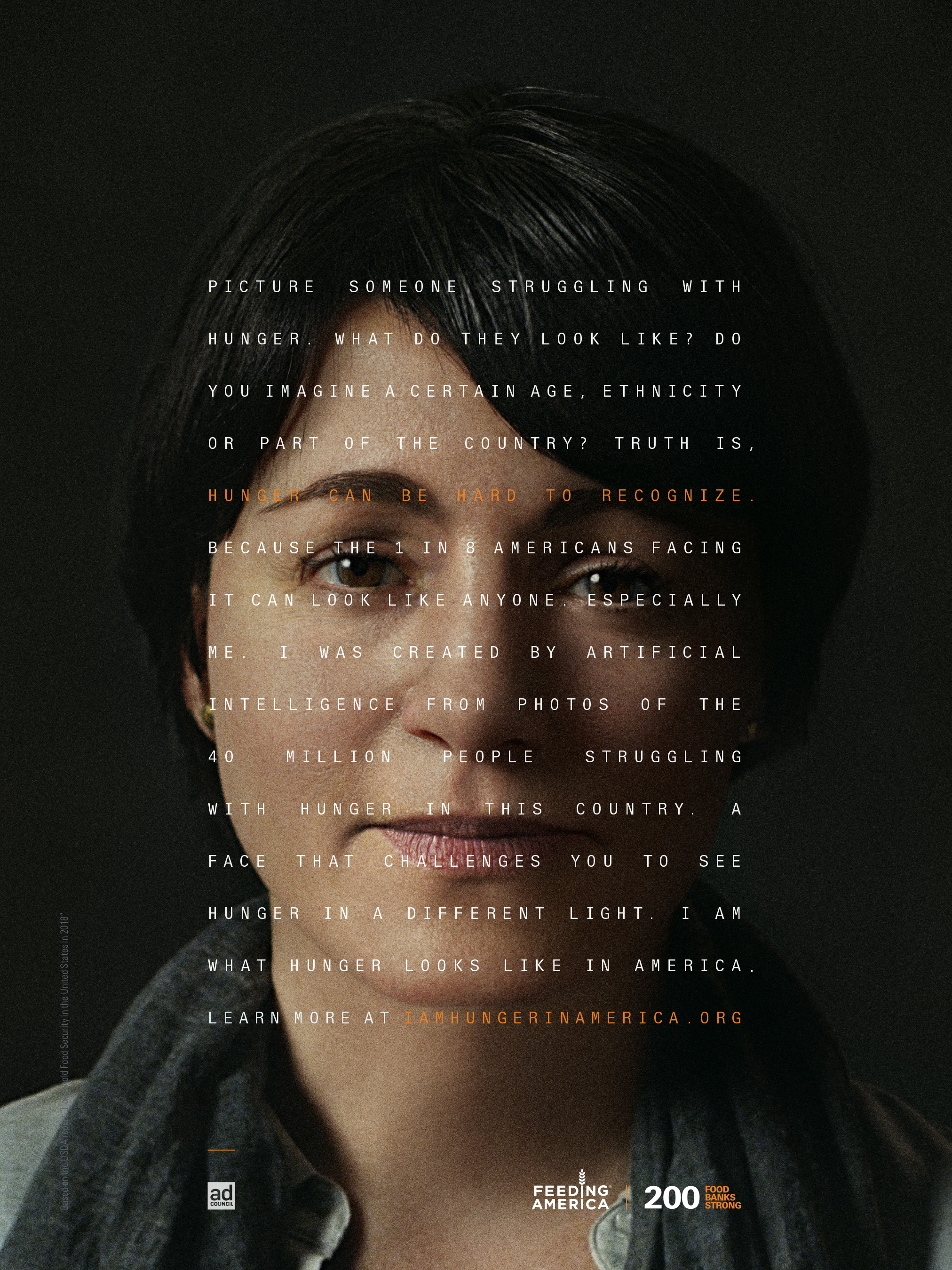 Feeding America curated over a thousand photos of people struggling with hunger from its member food bank archives using demographic data from the USDA's food security report released in 2018. Leveraging AI, it then used these photos to generate a single face illustrative of the USDA data resulting in a data-driven representation of what hunger looks like in America. The project was launched in December 2018, and the entire process took about ten months to complete.

"For many people, hunger in America is invisible. They don't know what it looks like or feels like. We wanted to find a unique way to tell people's stories and give them a voice, so that more people understand what happens every day in America," said Catherine Davis, Chief Marketing & Communications Officer at Feeding America. "This PSA campaign challenges people to see hunger in a different way by creating a lifelike portrait that represents the millions of real people who experience hunger."

Thirty-seven million people – including more than 11 million children – live in food insecure households, per the latest USDA's report released earlier this month. According to Feeding America's  Map the Meal Gap 2019 study, which provides local-level estimates of food insecurity across the United States, there is not one county that is hunger-free.

"Many people care about the issue of hunger, but far fewer take action," said Lisa Sherman, President and CEO of the Ad Council. "We want to turn passive concern into action and galvanize empathy for people who don't have enough to eat by revealing to the public just how close we are to hunger every single day."

"We've found a way to harness AI to tell a powerful human story," said Jeanie Caggiano, EVP/Executive Creative Director and Studio Lead at Leo Burnett. "And that's why we believe this campaign reflects the human experience even more, because we're not telling one person's story – we're telling thousands."

The broadcast spots for television and radio, along with print, outdoor and digital ads, will be distributed to thousands of media outlets via the Ad Council's extensive network of media partners. Total donated media value in support of the campaign will reach in the tens of millions of dollars, helping to raise awareness of the issue of hunger in America and encourage greater empathy for people fighting hunger.

Feeding America's "I am Hunger in America" PSA was supported in part by C&S Wholesale Grocers and Conagra Brands Foundation. To watch the PSA video and learn more about hunger in America, visit the website IAMHUNGERINAMERICA.ORG.

About Feeding AmericaFeeding America® is the largest hunger-relief organization in the Unites States. Through a network of 200 food banks and 60,000 food pantries and meal programs, we provide meals to more than 40 million people each year. Feeding America also supports programs that prevent food waste and improve food security among the people we serve; educates the public about the problem of hunger; and advocates for legislation that protects people from going hungry.

About the Ad Council The Ad Council brings together the most creative minds in advertising and media to address the most worthy causes. Its innovative, pro bono social good campaigns raise awareness. They inspire action. They save lives. To learn more, visit AdCouncil.org follow the Ad Council's communities on Facebook and Twitter, and view the creative on YouTube.

About Leo Burnett WorldwideLeo Burnett is a creative solutions company founded on the idea that "what helps people helps business." By solving human problems with the power of creativity, Leo Burnett delivers value for people and prosperity for brands. Part of the Publicis Power of One, Leo Burnett won 25 Lions at the 2019 Cannes International Festival of Creativity. To learn more about Leo Burnett and its rich, 83-year history, visit our site, Facebook page and follow us via @leoburnettchi.

Walmart and Sam's Club Continue Their Commitment to Addressing...