LOS ANGELES, Nov. 3, 2019 /PRNewswire/ -- Fight to Fame, an entertainment platform with the aim to create new movie stars from the fighting industry recently announced that Roy Jones Jr. has joined fellow world class fighters Chris Van Heerden, Rigan Machado, and Prince Badi Ajamu as one of Fight to Fame's ambassadors. The ambassadors are expected to guide the new blockchain technology company in the right direction while drumming up support from upcoming fighters. 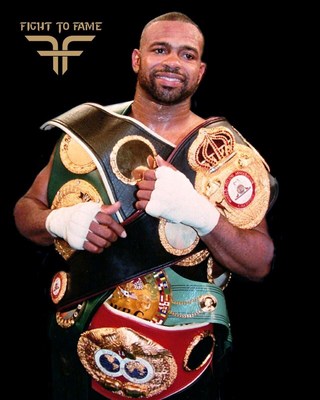 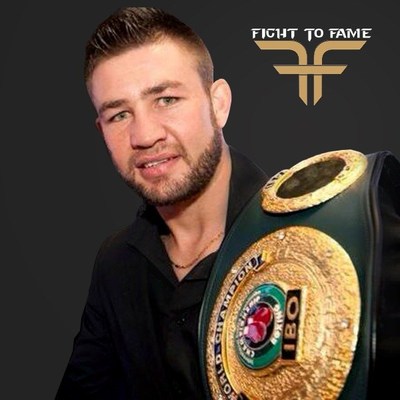 Fight to Fame's global boxing ambassador, Roy Jones Jr. is one of the success stories in the boxing space. Jones is a former professional boxer who has also worked as an actor, boxing trainer, boxing commentator, and rapper.

Roy was born in the United States in 1969. He has a Russian passport personally handed to him by President Vladimir Putin. Jones Jr. comes from a family of boxers. His father, Roy Jones Sr., was a middleweight boxer who received a Bronze Star for valor for rescuing a fellow soldier in the Vietnam War.

As an amateur boxer, Roy Jones Jr. won a number of accolades including the 1984 United States National Junior Olympics, the US 1986 National Golden Gloves, and the US National Golden Gloves in 1987. He completed his amateur career with an impressive 121-13 record, comparable to other boxing greats such as Floyd Mayweather, Manny Pacquiao, Oscar de la Hoya, and Pernell Whitaker.

He enjoys being the only boxing champion to have held seven golden belts including the IBA, IBF, IBO, NBA, WBA, WBC, and WBF titles.

Roy Jones Jr. was named Fighter of the Decade for the 1990s by the Boxing Writers Association of America while the Ring Magazine named him the Fighter of the Year in 1994. He won the Best Boxer ESPY Award on three occasions (1996, 2000, and 2003).

At his best, Jones Jr. was known for his great hand speed, movement, athleticism, and reflexes. He won 12 unified light heavyweight title bouts, which by 2018, stood as a record for the most wins in the fighting industry.

Chris Van Heerden was born in Johannesburg, South Africa in 1987. He is a professional boxer who started his top-flight career in 2006 and quickly became one of the best fighters on the African continent.

He previously won the IBO welterweight championship and successfully defended it twice before moving to the United States, where he resides in California. Despite living far from home, he is popular in his native country. He is ranked No. 1 in Africa and No. 22 worldwide.

He has fought in 31 matches, winning 28 of them, drawing once, and lost twice. Van Heerden has mostly fought against boxers from South Africa, with a few from the US, Serbia, Canada, Mexico, Ghana, Namibia, Argentina, Tanzania, and Sweden.

Rigan Machado, born in Brazil's Rio de Janeiro in 1966, is the global Jiu-Jitsu champion ambassador for Fight to Fame. He is a master of Brazilian Jiu-Jitsu with an eighth degree red and black belt in the sport. He won the Pan American Championships in 1996 and 1997.

Machado commenced his training at the age of five, but he started taking Jiu-Jitsu at the age of 14. From that time until he was 21, he won every national championship and belt division each year. One of his records includes finishing 19 matches by submission in one day.

He received rigorous training from Rolls Gracie and Carlos Gracie Jr. He is regarded as one of the top competitors of Brazilian Jiu-Jitsu and has competed in other combat sports such as judo, sambo, and wrestling.

He has his own school - The Academy of Beverly Hills - in California and has a sponsorship deal with Sanabul. Some of the students at his academy include celebrities such as Ashton Kutcher, Fast & Furious action movie start Vin Diesel, singer Wiz Khalifa, and Charlie Hunnam.

Are these Fight to Fame ambassadors useful to the business?

Companies hire advisors for many different reasons. Fight to Fame has brought on ambassadors with experience in several fighting styles.

This means a number of things such as adding credibility to Fight to Fame, which is looking to bring blockchain, movies, and sports under one roof. Their expertise is valuable to the company because they provide a knowledgeable perspective that is hard to get elsewhere.

The names of some of the Fight to Fame ambassadors carry a lot of weight around the fighting world, social media, and celebrities. This will go a long way in marketing the company to the masses and bring more people to the Fight to Fame ecosystem.

The ambassadors also have connections that will come in handy to Fight to Fame and help upcoming fighters join reality tv shows and become movie action stars.

Fight to Fame successfully held the world's first action star reality show press conference with blockchain technology in Bangkok, Thailand, and received enthusiastic attention and response from investors from more than ten countries and regions. The Prince, political figures, and chamber of commerce came to the conference to congratulate and presented Fight to Fame the Thailand's most popular tournament award.

The local government has made full use of the organic combination of Muay Thai and the tourism economy. In addition, some famous chambers of commerce and entrepreneurs were eager to cooperate with Fight to Fame in competitions, reality shows, and movies. It is reported that Fight to Fame will a hold press conference about using blockchain technology to create action movies in Paris, France, which will make the relationship betweeen people and films fully transparent.

The ambassadors are drawn from different continents, helping Fight to Fame become a global brand with the potential to attract lots of fighters from different parts of the world.