ARROYO SECO, N.M., April 17, 2017 /PRNewswire/ -- Fine Art New Mexico (www.FineArtNewMexico.com) announces the release of twenty drawings as giclée prints by American artist Ken Price (1935 – 2012) in limited numbers for a limited time (www.FineArtNewMexico.com/ken-price-2).  One of America's and the Twentieth Century's most significant artists, Ken Price's work is primarily represented in the museums of the world as ceramic sculptures but he was also a prolific and visionary artist on paper. 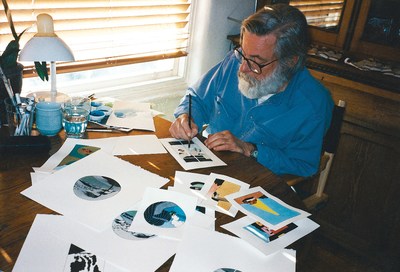 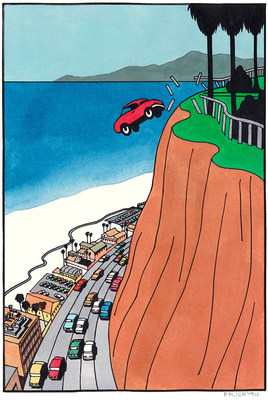 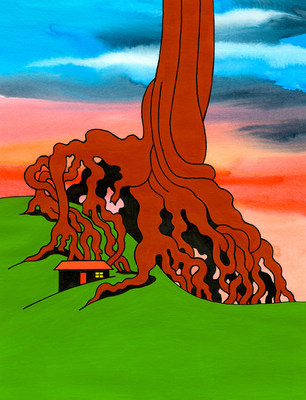 "We're printing on Somerset Velvet, a beautiful English watercolor paper. Each image will be approximately 12" x 9" while the paper size will be 15" x 12". They are going to be gems and this is, by far, the most anticipated release we have ever done," Jack Leustig of Fine Art New Mexico explained. "We'll be making these releases for three years and we may go up to five years if we can acquire the additional work."

Fine Art New Mexico is one of the oldest and most respected giclée printers in the country and promises unsurpassed quality. Price worked with them for several years prior to his death, capturing and archiving select works from his extensive body of work and releasing a small selection of Limited Edition giclées. After his death in February of 2012, the long anticipated grand retrospective of his work opened at The Los Angeles County Museum of Art (LACMA) in September of 2012 and subsequently moved in July of 2013 to the Met in New York City. To accompany the retrospective, Fine Art New Mexico released sixty of Mr. Price's drawings as fine giclée cards which continue to be available through LACMA and Fine Art New Mexico.

Generally working at a fairly small scale, Mr. Price would start most work by laying in an acrylic wash that would ultimately be a dramatic sky before building the foreground scene. His foreground scenes, often surreal, are always charged with the moment; a pelican about to dive into rough water among rocks, a volcano pouring out lava, a car suspended in air as it flies off a cliff in Santa Monica. Price's drawings are not static, they are moving toward the next moment and creating anticipation often in a voyeuristic way. Even a full-bodied nude holding her breasts in a primordial landscape (Prehistoric Venus) is active. She is not posing or classical in any sense but simply captured in a human moment.

Over the following years the continuing requests for Price's work as prints encouraged Fine Art New Mexico to offer this limited release of one hundred giclées each of twenty images. This group will be available until April of 2018 when a second group of twenty images will be released. The prints for the first year will be priced at $300 each including shipping.

The prints will only be available through Fine Art New Mexico at their main studio in Arroyo Seco, New Mexico or through their web site at www.FineArtNewMexico.com.