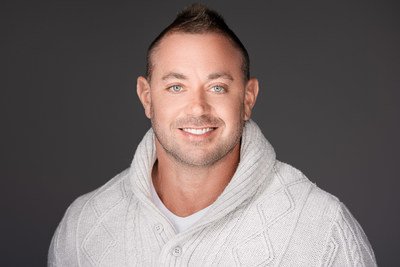 This advisory board consisting of pioneers from the media industry and thought leaders in the digital marketing, advertising, e-commerce, and livestream spaces will work closely with leadership teams to shape strategy and business priorities. Their additions underscore Firework's mission to disrupt the monopoly that the big tech walled gardens have on short video web stories content.

New Firework advisory board members include:

"Each member's combined expertise represents the very best in what we envision of an Advisory Board - strategic thinking, insights, active contribution, and connectivity that is globally significant at the very top of multiple markets", stated Jason Holland, President of Global Business for Firework. "Their shared vision of an upgraded, connected digital open web as an alternative to social walled garden ecosystems aligns very well with our mission to power Internet 3.0 with web stories, livestream, and shoppable video e-commerce for the next 20 years."

Mr. Grushow is currently the CEO of Phase 2 Media, a leading advisory practice that offers critical counsel to digital, social media, and technology companies. He has continued to disrupt the established order throughout his career, from media to video streaming services.

"Just as Fox rose up in the late '80s to challenge the status quo, I joined Firework's advisory board because I see a similar story being played out on the internet. Giant social media platforms have consolidated enormous power and created a centralized web, negatively affecting small and mid-sized businesses and publishers in the process. It's time to level the playing field by offering those companies the tools needed to compete, creating a more decentralized web and an alternative for advertisers in the process," explained Mr. Grushow."

Mr. Tobaccowala is the author of the best-selling book "Restoring the Soul of Business: Staying Human in the Age of Data'' published by HarperCollins. Over his 38-year career with Publicis Groupe, Mr. Tobaccowala has been a pioneer across almost every area of marketing and strategy including brand advertising, media, database, direct and interactive marketing.

"Firework has built a platform that empowers consumers, content owners, website owners, and advertisers to create new forms of video inventory that are interactive, swipeable, shoppable, and easy to implement and distribute. This means advertisers have more choices, websites have a more modern experience, and it's done in a way that engages consumers," remarked Mr. Tobaccowala.

A co-founder at CNBC, Ms. Baker was a key architect of NBCUniversal's move into cable and emerging technologies and the $5 billion subscription revenue business she helped build, and later oversaw, was the growth engine for one of the most highly viewed and profitable network portfolios in the world.

"The team at Firework is democratizing short form video, with technology that is easily available to influencers, small businesses, advertisers, or anyone looking to engage customers and build an audience. As an alternative to the dominant social media platforms, Firework offers the ability to directly engage on your own website with modernized video experiences," said Ms. Baker.

Mr. Finnegan has been named an American Advertising Federation Hall of Achievement Inductee, Advertising Age Media Maven, Mediaweek Media All Star, and MediaPost All Star among his many accolades.

"I sit at the center of the marketing ecosystem daily, and I can see how Firework is building something that is a benefit for each component of the marketing ecosystem. In some ways, I can't believe this hasn't been created yet, but that's also why I'm so eager to join as an advisor and help empower the open web through immersive, engaging, and shoppable content," explained Mr. Finnegan.

Founder and CEO of GetGlobal, the largest forum and community in North America focused on international business expansion, strategy, and key foreign market dynamics, Mr. Leuthold brings together executives, experts, and senior government officials together from around the world to get the best insights, build relationships, and thrive in foreign markets.

"I'm so excited to work with Firework because I've seen firsthand how brands, merchants, publishers, advertisers, and marketers have been sidelined because of big social media walled gardens and beholden to their opaque priorities, decision-making, and algorithms. Firework can play a hero in this ecosystem by offering a real alternative to the status quo," stated Mr. Leuthold.

Headquartered in Silicon Valley, Firework is a B2B short video platform whose offerings allow any website or app to publish their own short video content or leverage the Firework content library, increasing engagement and conversions while also giving them access to their own traffic data and the ability to monetize through ads. Firework's mission is to empower the open web with tools that enable video engagement outside of the walled gardens. To date, the company has raised $55M and has offices in California, New York, London, Tokyo, Mumbai, and Moscow.

To learn more about Firework, go to firework.tv.