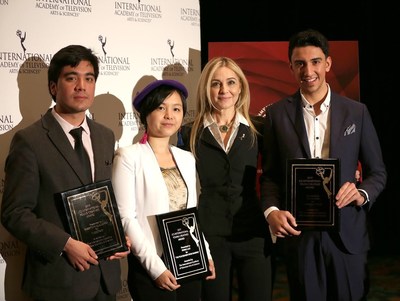 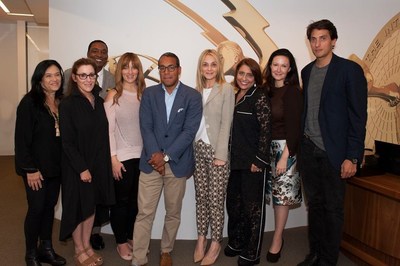 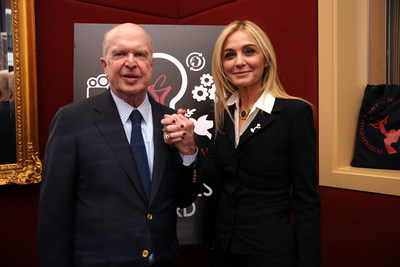 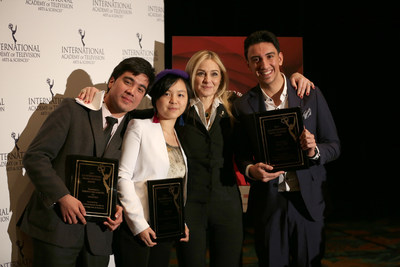 The JCS International Young Creatives Award was given to three talented young artists who submitted 1-minute videos focusing on Women Peacemakers. Eisa Alhabib of Kuwait directed "Domestic Cycle," which movingly portrays one young woman's efforts to create peace in her own family. Ewing Luo of China directed "The Peacemaker from Nanking," an inspiring depiction of a young woman from Nanking, China, who decides to spend her summer as a peacemaker in Iraq. Roberto Pino Almeyda of Chile directed "Nosotras," which focuses on an elderly woman reflecting on a lifetime of progress.

"My short video, 'The Peacemaker from Nanking,' is a deeply personal project," said award winner Ewing Luo of China. "Receiving this award is an important step in my creative development, and I hope it inspires other potential peacemakers and artists."

"This has been such an exciting process for me as an artist," said award winner Roberto Pino Almeyda of Chile. "To be honored as a Young Creative inspires me to pursue my artistic ambitions in the years to come."

The JCS International Young Creatives Award was open to contestants from around the world between the ages of 18 and 29, who were invited to submit a one-minute video on the theme of Women Peacemakers. Three winners were selected based on the criteria of concept, execution, character development and creativity. The panel of jurors was comprised of:

About JCS InternationalJCS International is a global media company headquartered in New York City. Founded in 1979, JCSI pioneered the one-stop shop concept, offering full-service production capabilities, from conception to execution, all under one roof. For decades, JCSI has brought together media outlets from around the world and helped them fulfill their mission. Now, JCSI is creating a unique new media platform for young companies, entrepreneurs and creative talent, helping its partners realize their potential and scale. The company is privately held by the Ronald S. Lauder Group