GUANGZHOU, China, March 6, 2021 /PRNewswire/ -- 37GAMES, a renowned developer and publisher, is launching its latest zombie-themed strategy game First Refuge: Z in several countries. Unlike other mobile games of its kind, First Refuge: Z creatively combines underground shelter building, zombie hunting mechanics, and strategic war game elements, bringing a breath of fresh air to the genre. According to 37GAMES, First Refuge: Z is now downloadable on Google Play and players can pre-register on the App Store. Meanwhile, the company has also released a brand-new cinematic trailer for the game. 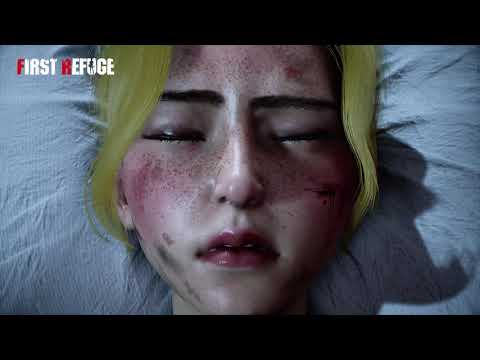 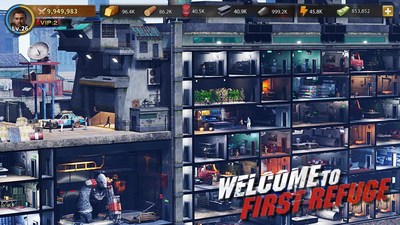 First Refuge: Z is set in a world where humanity has been brought to the edge of extinction by a deadly zombie virus. The desperate actions of the remaining survivors seem futile in the face of treacherous bandits, hordes of zombies, and sinister corporations that roam this wasteland, all contending for supremacy.

In the world of First Refuge: Z, each player can construct and customize a unique underground city. By building rooms of different specialized functions, residents can live safely and happily in their underground shelter. Players can even assign residents to different rooms to do different jobs. Residents in the same room may fall in love with each other, get married, and bear children.

As the senior officer of this underground shelter, players will need to search for and save survivors, recruit formidable heroes, develop the underground city, and fight off deadly zombies as well as other players from over the world. All in all, it's a world full of danger and challenges.

The hero roster in this game is diverse and varied. There are heroes from every background and race. There is a tough looking middle-aged man holding a cigar in his mouth while blasting away at the undead. Not to mention there's the classic sheriff who is always ready to battle incoming outlaws and zombies alike. Let's not forget the little girl named Arora who wields a crossbow and might be the key to curing the zombie virus. There are more heroes than you can count and each of them has their unique skills and origin story. Nobody survives alone. By sticking with these heroes, you can save humanity and even the world.

Similar to other strategy war games, you can deploy heroes and edit the lineup to challenge campaigns and defend your shelter against waves of zombies. Each battle requires valor and strategy. You can even see captains all over the world getting together to fight for the control of the capital. Who will achieve victory and become the leader of the state? Join the fray and figure it out yourself.

There are many new and exciting features in this game, it's definitely worth a try.  Android users can download it on Google Play now and iOS users should pre-register on the App Store right away. You can also follow the official First Refuge Facebook fan page to be updated on the latest news, trailers, giveaways, and more.