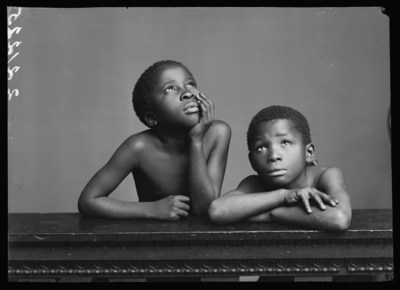 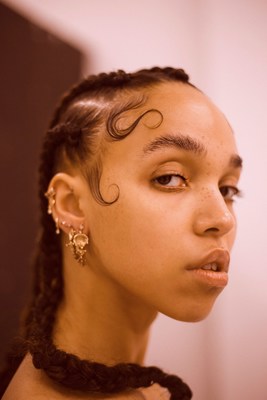 Launching in 2021, Getty Images will donate visual content from its Hulton Archive, the world's largest privately held commercial archive, and Editorial Collections for non-commercial use in support of learning about and reflecting on Black history for Black storytellers and not-for profits. As part of the project Getty Images will also provide research support for educational, research and mentoring initiatives focused on Black history at its Hulton Archive.

FKA twigs said, "It was the artist Kandis Williams who told me how much of our history was in the Getty Images Archive. We were discussing how powerful it would be to make this content available to Black creators and educators - enabling us to put these pieces together and make our history accessible for generations to come."

"At Getty Images we believe in the power of imagery to change the world. To do this we must support Black content creators to tell more of the authentic stories of the global Black community," said Ken Mainardis, Senior Vice President and Head of Content, Getty Images. "Knowing the past opens the door to the future we are pleased to partner with FKA twigs on this ambitious project to preserve and celebrate Black history. With this project we hope to empower black content creators to tell their story of their own history, and to support storytelling as a weapon in the struggle for racial uplift."

In the coming months Getty Images will release more details on the project. Content partners who wish to offer content donations can do so by contacting [email protected].

About FKA twigs:Throughout her career, including three EPs (EP1, EP2 and M3LL155X), her Mercury Prize and Brit Award-nominated debut album LP1, and latest release MAGDALENE, FKA twigs has established herself as one of the most innovative artists, performers, producers, and directors of her generation. MAGDALENE was named one of the best albums of 2019 by outlets including NPR, The Guardian, The New Yorker, Billboard, Complex, Crack, Loud & Quiet, PAPER, TIME, USA Today and Vice, among others, and received a GRAMMY Award nomination for "cellophane" as best music video. Pitchfork declared, "with limitlessly innovative songwriting and production, the cinema of twigs' music has never been more affecting. MAGDALENE is not just on the vanguard of pop, it's in a breathtaking class of its own."

FKA twigs has taken a complete approach to every facet of her art and career, and has been honoured with a Webby Special Achievement Award for her "incredible contributions to digital culture and for constantly using the internet to create and distribute experimental art."  She's directed and starred in campaigns for Nike, Google Glass, Calvin Klein and Apple, and made her big screen debut in Honey Boy before collaborating with Hiro Murai on her acclaimed "Sad Day" video.

Most recently FKA twigs collaborated with Headie One and Fred again.. on the "Don't Judge Me" single. A powerful comment on the experience of being black and British in the world today, the accompanying Emmanuel Adjei directed video features twigs and Headie alongside a cast that includes poet and Black Lives Matter activist Solomon O.b, writer Reni Eddo-Lodge, model and activist Kukua Williams, musician and poet Benjamin Zephaniah, dancer and singer Lisa Elde, mental health advocate Nicole Crentsil, fitness expert and trainer Efua Baker, footballer Mahlon Romeo, activist and model Munroe Bergdorf, model Danto Earth and broadcaster Clara Amfo. Although every individual's experience is different, all share a struggle against an invisible oppressor - propagated by cultural, systemic and structural biases - that is often hard to see and even harder to overcome.