SAN FRANCISCO, April 8, 2019 /PRNewswire/ -- Fleetsmith, the provider of secure, automated Apple device management, today announced $30 million in Series B funding led by Menlo Ventures with participation from Tiger Global Management, Upfront Ventures, and Harrison Metal. Naomi Pilosof Ionita, partner at Menlo Ventures and former product and growth lead at Evernote, is joining Fleetsmith's Board of Directors. Matt Murphy, also a partner at Menlo Ventures, is joining as a board observer. With its funding now totaling over $40 million, Fleetsmith will use this newest capital infusion to further develop its device management platform, grow its presence internationally, and hire new team members across a variety of functions. 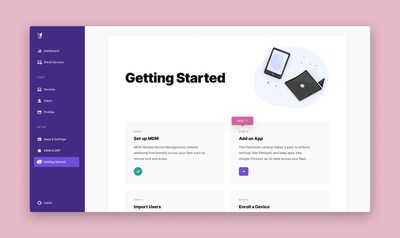 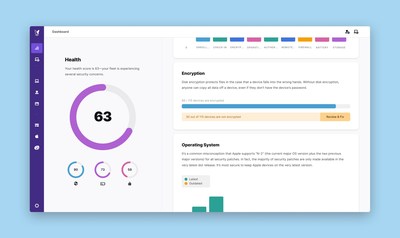 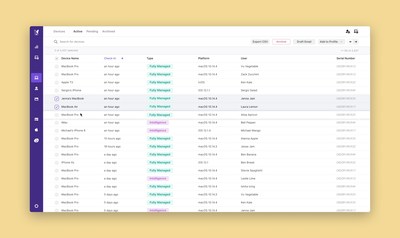 Fleetsmith is also announcing the upcoming launch of a new admin console, which will be released in the next few months. The new admin console includes an updated look and feel with more advanced dashboard visualizations and better performance, enabling admins to take action more quickly and fix issues surfaced by Fleetsmith Intelligence with a single click. The console will also anticipate common IT workflows like adding a new device, allowing admins to move through the setup, deployment, and management processes more intuitively. New features like pagination and bulk editing will make it even easier for admins who manage hundreds or thousands of machines to solve issues with their fleet.

"We were immediately impressed by Fleetsmith's customer and product-centric mentality," said Naomi Pilosof Ionita, partner at Menlo Ventures. "They are solving real pain points around device management and their product empowers IT, management, and security teams. Customers recognize the value of Fleetsmith in minutes—not weeks or months. It's the way a modern product built for IT should work."

Fleetsmith Business Momentum Sets the Stage for Rapid Growth in 2019 Since announcing its Series A funding last April, Fleetsmith launched the general availability of its flagship product, a device monitoring product called Fleetsmith Intelligence, support for businesses using Office 365 and iOS and tvOS devices, new Dashboard and Audit Log product features, and a reseller program called the Fleetsmith Partner Program. For its revolutionary device management platform, Fleetsmith was named the 2018 SaaS Award winner for "Best SaaS Newcomer" and a finalist for "Best Security Innovation in a SaaS product."

"This latest round of funding demonstrates continued confidence in our strategy, which has helped companies automate device management and put security first," said Zack Blum, CEO and co-founder of Fleetsmith. "Over the past year, we have built an incredible team and shipped tons of new customer-requested features. Now, we look forward to growing the company so we can bring modern device management to even more organizations around the world."

Fleetsmith Accelerates Company Growth With Strategic Hiring Over the past year, Fleetsmith has expanded its engineering, product, design, sales, and marketing teams—doubling its headcount to nearly 30 employees. It also brought on former Google and PandaDoc marketing executive Dan Levinschi as its Vice President of Marketing. With over ten years of experience at both enterprises and fast-growing startups, Levinschi brings extensive marketing knowledge to Fleetsmith, where he is responsible for the global go-to-market strategy and revenue growth.

"We're delighted to have Dan join our team at this pivotal stage," said Blum. "With his proven ability to drive business results and build high-performing teams in both domestic and international markets, Dan will be instrumental in growing Fleetsmith's brand awareness and accelerating customer adoption."

To support its rapid expansion, Fleetsmith will also use its new funding to more than triple its employee count and expand operations in Europe.

About Fleetsmith Fleetsmith automates new device setup, inventory, patching, and security across corporate Apple device fleets. Founded by former IT and security leaders from Dropbox and Fandom, Fleetsmith combines world-class product and security engineering with a powerful, intuitive interface that makes advanced Apple device management available for everyone. Fleetsmith is based in San Francisco and backed by Menlo Ventures, Tiger Global Management, Upfront Ventures, and Harrison Metal. Try it for free at fleetsmith.com.