RENO, Nev., May 21, 2020 /PRNewswire/ -- Flirtey, the pioneer of the commercial drone delivery industry, announced today it has been granted a critical patent for the safe and precise drone delivery of packages. This key patent describes a combination of hardware and software that enables the delivery of packages by a drone, potentially lifting the package to pick it up, holding it securely and lowering it once at the point of delivery.

Flirtey's drone delivers its contents by lowering a tether, while the drone is suspended in air, and once the package is delivered, it then retracts the tether. Flirtey invented this method of delivery to be the safest and most precise, and it has since become the standard for the drone delivery industry.

The granted patent covers fundamental technology at the core of the drone delivery industry, key to reliable and effective delivery and/or pickup of packages by an unmanned aerial vehicle (UAV), while the UAV remains in hover. Flirtey's new patent describes a drone with a suspension mechanism, used to hold a package that is to be delivered or picked up, a locking mechanism to hold and release the package, and a package delivery mechanism to deliver the package.

"We are thrilled that the United States Patent and Trademark Office has granted Flirtey another patent that is fundamental to safe and precise drone delivery. This is not pie in the sky; this is the foundation of safe delivery and/or pickup of packages from the sky," said Matthew Sweeny, Flirtey Founder and CEO. "Flirtey's drone delivery technology is now an industry standard in America."

For further information on the latest granted patent, please see the following link:

Earlier this year, the startup announced it had been granted a patent that enhances its intellectual technology with an additional component to safety while a drone is in flight and when it is delivering a package. The patent recognizes the ability of a drone's technology to detect an error in operation while the drone is in flight, ultimately deploying a safety mechanism, if necessary. This action further alleviates the risk of contact and/or injury to bystanders, while also sparing the unmanned aircraft.

Flirtey holds over 25 patents, granted and pending, in the United States and worldwide.

Flirtey is the industry-leading independent drone delivery service, with a mission to save lives and improve lifestyles by making delivery instant for everyone. The company first made history in 2015 when it conducted the first ever FAA-approved drone delivery. In the years that followed, Flirtey has gone on to become the first unmanned aircraft system company to perform an autonomous drone delivery to a home, and to pioneer an AED drone delivery service in the U.S. Flirtey has worked alongside NASA, the City of Reno, Johns Hopkins University of Medicine, emergency medical services provider REMSA, and various commercial partners to create the fastest, most efficient and customer-centric logistics technology in the world. Learn more at flirtey.com. 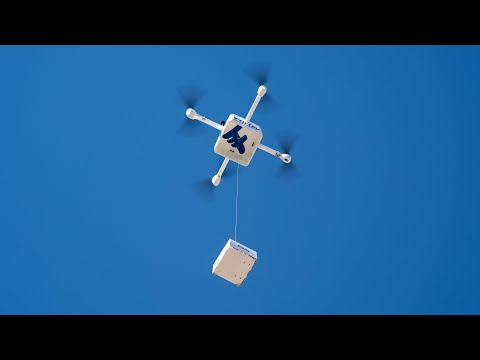 Flirtey to certify and expand production of the Flirtey Eagle... 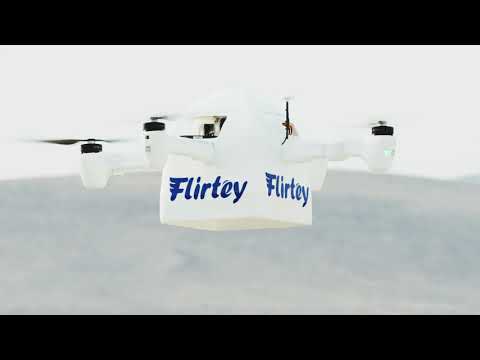