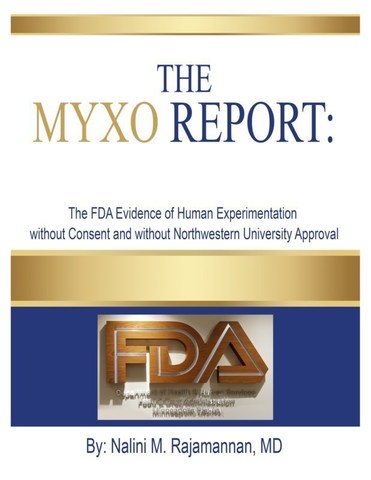 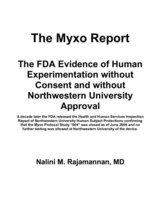 The documents re-ignite questions about whether Dr. Patrick McCarthy, who implanted a device he invented into hundreds of patients, was simply recording outcomes after standard procedures or conducting a human research study/implanting investigational devices without their consent.

Maureen Obermeier, of Chicago, is asking for a new trial, based on records recently released under a Freedom of Information Act request. She alleges that the head of cardiac surgery at Northwestern and others withheld evidence critical to her original lawsuit, which was dismissed in 2016.

Obermeier's former cardiologist, Dr. Nalini Rajamannan, submitted a FOIA request to the FDA for various documents and exhibits that previously had not been released in the court case, including an FDA inspection report. She received those documents in December and has compiled a comprehensive report on what she believes to be a sweeping case of experimentation without patients' consent.

By the time the FDA approved the Myxo ETlogix heart valve ring, Model 5100 in 2009, the ring had been implanted into 667 patients.

See her report here as published on Amazon.com: The Myxo Report: The FDA Evidence of Human Experimentation without Consent and without Northwestern University Approval

Rajamannan was practicing medicine and doing research at Northwestern in 2006 and 2007, including work on McCarthy's Myxo ring study. She was told that the patients enrolled in the study at Northwestern University and Northwestern Memorial Hospital in 2006 were receiving full consent to participate in the study.

One of the study patients told Rajamannan in 2007 that she hadn't given consent to test that heart valve. The patient needed a second heart surgery to remove the prototype device. Rajamannan immediately removed herself from any participation in the study. She has reported her concerns to the university, the FDA and Congress.

That patient and others suffered permanent damage to their hearts after their surgeries.

Obermeier contends that Northwestern did not tell her she had suffered a heart attack during a surgery to have her valve ring implanted in 2006. She later received a surgically implanted pacemaker and defibrillator and filed suit against McCarthy, Northwestern, Northwestern Medical Faculty Foundation and Edwards Lifesciences. Obermeier claims she had no idea McCarthy had invented the ring he implanted in her and that he might have had a financial incentive to use it on his patients.

McCarthy contended he didn't know the valve he was implanting didn't have FDA approval. The FOIA documents indicate that McCarthy originally had applied to do a retrospective (back-looking) review of his patients through June 2006, which did not require their consent.

Later, he applied to do a study of later patients who received the valve ring, but the Institutional Review Board wrote that expanding the study would be prospective (forward looking) and therefore would require different protocols and patient consent.

McCarthy wrote that he had decided not to pursue the extended study and was terminating. But the FOIA documents show he continued to study patient outcomes on the valve at least through November 2007, as published in a 2008 report.

Obermeier's request for a new trial is pending in Cook County Circuit Court. A status hearing is scheduled on the petition for May 2, 2019 in the Circuit Court.

Dr. Nalini Rajamannan is a heart valve expert in the field of cardiovascular medicine. She has been researching heart valve disease for 31 years. She earned her undergraduate science pre-professional degree from the University of Notre Dame, her Medical Doctorate from Mayo Medical School and her post-graduate training in Internal Medicine and Cardiology at the Mayo Clinic. She also worked at the Mayo Clinic as a staff consultant in Internal Medicine. Currently, she practices consultative medicine specializing in Cardiac Valvular Heart Disease at Most Sacred Heart of Jesus Cardiology and Valvular Institute, WI.