WESTCHESTER, Ill., Dec. 4, 2017 /PRNewswire/ -- Follett Corporation today announced that President and CEO Ray A. Griffith will retire from the company at the end of the current fiscal year in March 2018.  The Board has appointed former Sodexo executive Patrick E. Connolly to succeed Griffith as President and CEO, effective January 2, 2018. 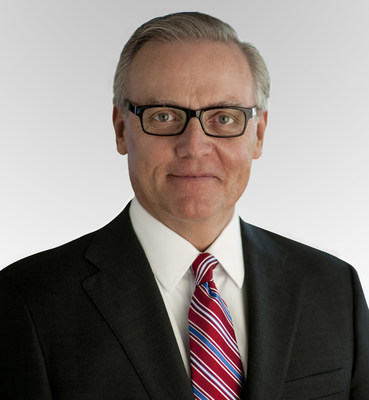 Griffith was named to lead Follett in 2015 following a long and successful career at Ace Hardware, retiring as President and CEO in 2013.  He is credited for leading Follett through a series of acquisitions, among them more than 200 Nebraska Book Company retail campus stores in 2015 and in 2016, Baker & Taylor, the leading text and media distributor to public libraries and retailers worldwide.

"On behalf of the Follett Board and our family shareholders, I want to thank Ray for successfully guiding Follett during this period of significant change in the education industry," said Follett's Chairman Todd A. Litzsinger. "Ray significantly expanded our business and developed a talented and mission-focused management team to take Follett into the future.  He has inspired a culture focused on Follett's unique role in education and earned the respect of our customers, team members and family shareholders."

Connolly steps into the role with nearly three decades of business leadership experience at Sodexo.  He most recently served as Chief Executive Officer of Universities Worldwide, Sodexo's global business unit that supports the university and K-12 market in 30 countries, including 850 universities and 750 school districts in the United States.

Litzsinger added, "Pat's experience, leadership style and understanding of education make him the ideal choice to succeed Ray and lead Follett into the future. Pat is well known for his ability to connect with and engage the teams he leads, and he has a strong track record of driving business growth and positive financial outcomes."

After joining Sodexo in 1989 as a Regional Sales Director to school districts in the Midwest, Connolly took on progressively responsible leadership positions in Sodexo's K-12, senior services and health care businesses.  In 2007, he was named Chief Operating Officer, North America & President of Health Care North America.

Connolly holds a Bachelor of Business from Western Illinois University and a Master of Management from the J. L. Kellogg School of Management at Northwestern University.