BROOMFIELD, Colo., April 8, 2021 /PRNewswire/ -- Lieutenant Colonel (Ret.) Bryce Anderson, former Program Director (PD) of the US Army MEDEVAC division credited with helping the Army Active, National Guard, and Reserves modernize and "get whatever they need to be effective as they do the work of saving lives," has joined Vita Inclinata, the company announced today.

LTC Anderson, the Army's first Program Director (PD) for MEDEVAC joined Vita as Senior Director, Federal Accounts, where he works with all Federal agencies that have a hoist and/or sling load requirement.

"Bryce spent his career working across the military, working with and listening to warfighters and MEDEVAC crews, forming the alliances and building the strategies that modernized today's Army. He also shepherded the requirements to suitably equip MEDEVAC for the future," said Caleb Carr, Vita Inclinata CEO.

"We share a mission to 'bring everyone home, every time,' and I am humbled and honored that Vita will benefit from his strategic expertise," Carr added.

One throughline in Anderson's diverse and storied military career is his ability to study the problems, then create coalitions and strategies to deliver whatever is necessary to "make it right," so that problems are corrected thoughtfully and safely.

Among the improvements Anderson directly or indirectly brought to the Warfighter and MEDEVAC communities:

Anderson joins Vita in part to realize one goal he was not able to bring to fruition while in the Army: hoist stabilization, which became personal after violent oscillations of a hoist cable on a mission in Afghanistan caused two Soldiers to plummet to the ground, killing them both.

"Of course it's all personal, but that one haunted the whole unit. Though I wasn't even there, it stayed with me. I knew there had to be a way to stabilize a hoist in these challenging conditions where canyon winds, enemy, and countless other contributing factors create unmanageable hoist loads," Anderson said.

Anderson met with representatives from across all Army components to create a list of MEDEVAC's top 10 material problems. Hoist stabilization was in the top five.  In 2017, the Army Future Long Range Assault Aircraft program published a Request For Proposal through the DoD to solve the problem of hoist oscillation and spin.

"That's how I discovered Vita already had a functioning technical demonstrator and was maturing it with a Cooperative Research and Development Agreement (CRADA) with the United States Army Aviation Research Laboratory (USAARL)," Anderson said.

"Vita has done it," Anderson added. "They have a suitable solution that controls the hoist load. The operator can precisely spin the load clockwise/counterclockwise to "thread the needle" past obstacles. Vita engineers are even developing a path to fly the load to a target off-axis of the helicopter. It's the right solution with the right technology, and I'm proud to do my part."

A friend's death during a rescue operation—with a helicopter close but unable to stabilize due to weather and terrain—was the genesis of Vita Inclinata.  Founded in 2015 as a way to solve a real problem, Vita today controls chaotic swinging and spin, and adds precision for rotor wing and fixed wing aircraft and cranes.  With the mission of "Bring them home, every time," Vita's technology changes the narrative while saving lives, time and money across industries, including search and rescue, firefighting, OPSCOM, construction, wind turbines, and oil and gas. The company is headquartered in Broomfield, Colorado, with offices in Washington, DC, and new offices opening in 2021 in Huntsville, Alabama.  For more information, please visit www.vitatech.co. 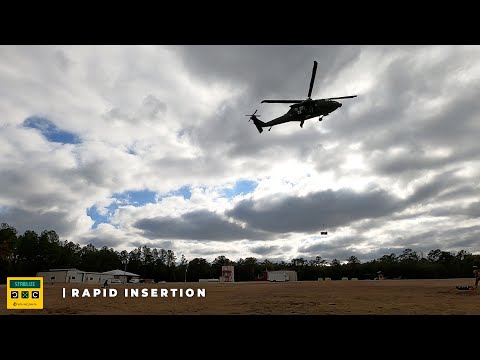