WASHINGTON, May 13, 2019 /PRNewswire/ -- ALS Ice Bucket Challenge co-founders Pete Frates and Pat Quinn, along with The ALS Association, today kicked off the fifth anniversary of the Challenge with a new call to action to reignite the passion and generosity of the millions of people who dumped ice water on their heads in the summer of 2014. The 'Challenge Me' campaign is inspired by the challenges that people with ALS face every day, while also highlighting the progress toward treatments and a cure that has been made because of the millions of people who took the Challenge, and asking participants to challenge themselves to do whatever they can to help finish the fight against ALS. 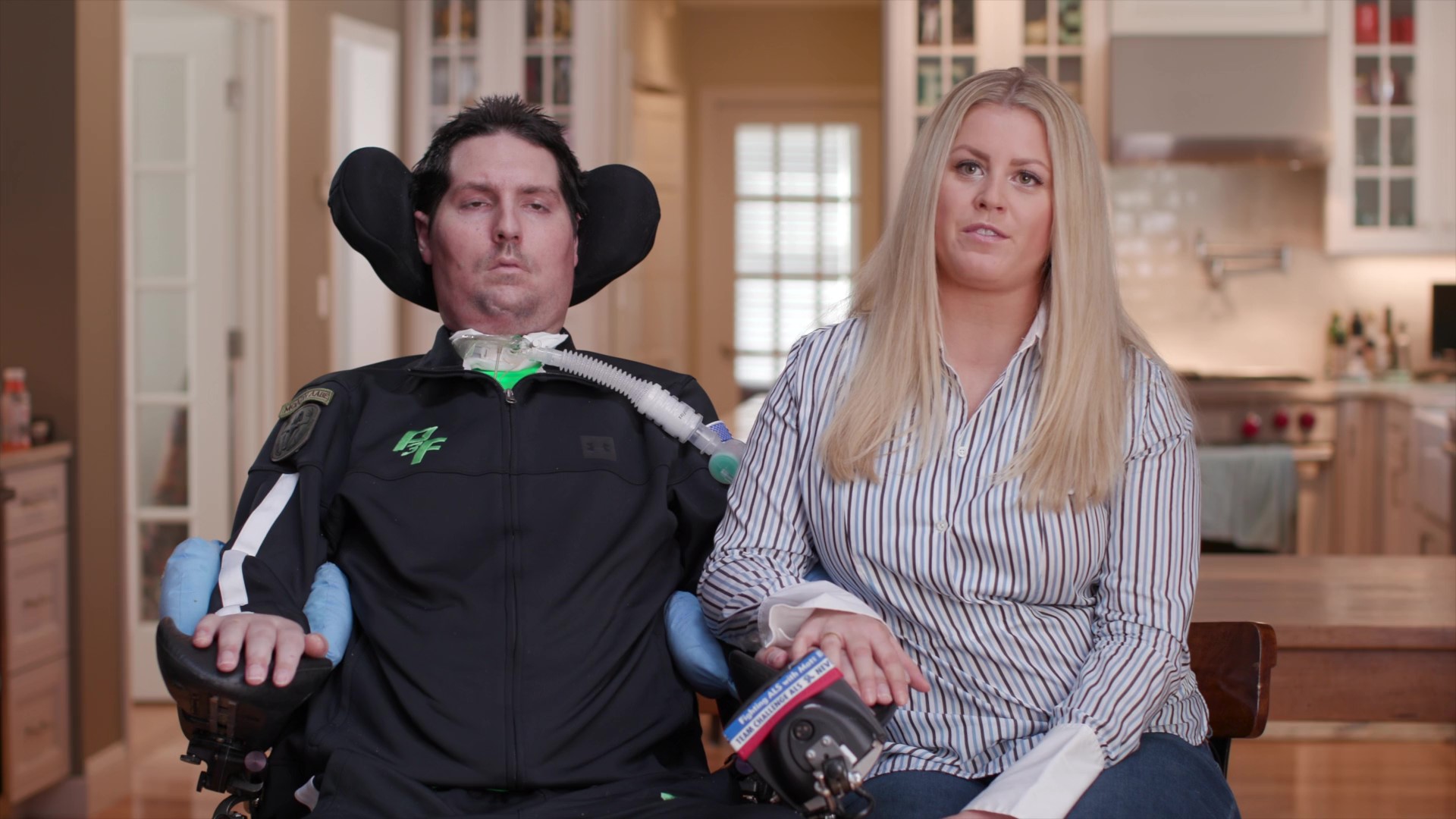 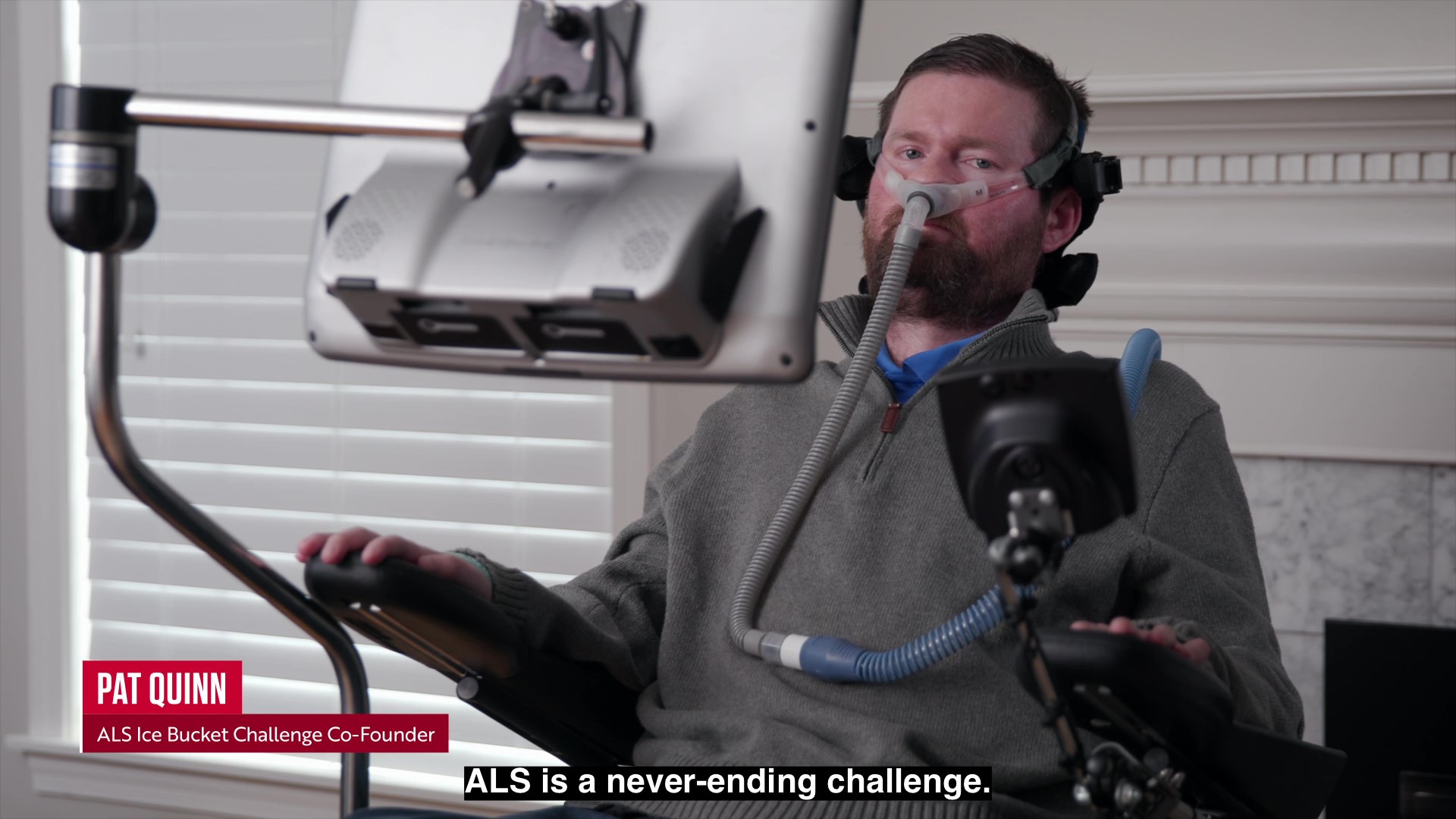 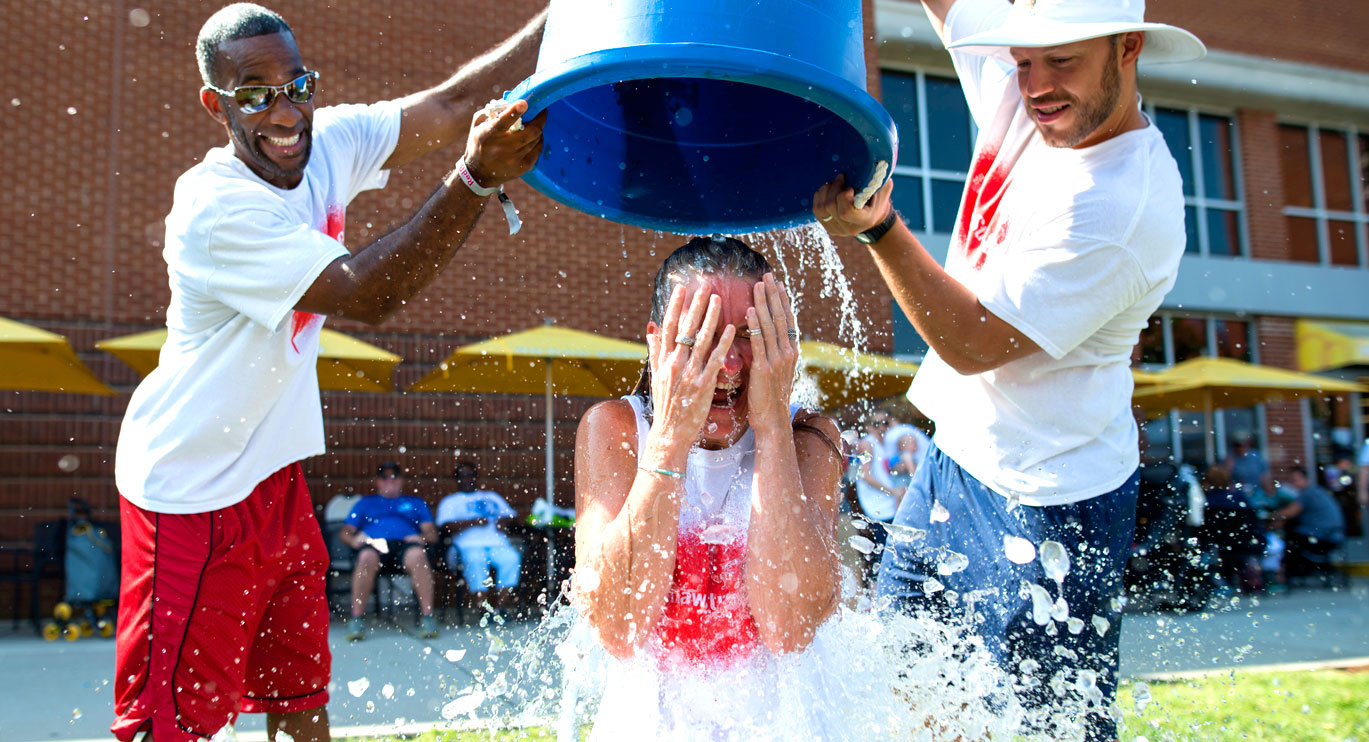 At the heart of the 'Challenge Me' campaign are Frates, of Beverly, Massachusetts, and Quinn, of Yonkers, New York, two men living with ALS, a neurodegenerative disease that is always fatal. Co-founder Anthony Senerchia passed away in November 2017.

Frates and Quinn used their extensive social networks to engage over 17 million people to either douse themselves in ice water or make a donation to ALS. The funds and awareness raised through the ALS Ice Bucket Challenge have changed the landscape for people with ALS and the researchers, advocates, and caregivers who are committed to the Association's vision of a world without ALS.

"My first thought upon waking every morning is, I'm winning today," said Quinn. "The Challenge Me campaign excites me because it captures the attitude I have adopted as my survival strategy. Millions of people changed the fight against ALS forever and we need their help finishing that fight."

In the summer of 2014, 2.5 million donors raised $115 million for The ALS Association. Since then, The ALS Association has spent or committed over $89 million to ALS research. During the last five years, five new ALS genes have been discovered and validated. There have been 33 enrolling drug trials and 29 observational trials for therapies in the pipeline. In addition, there has been an exponential increase in the number of global research collaborations underway.

ALS Ice Bucket Challenge donations also funded 29 new ALS Certified Treatment Centers of Excellence and 20 new Recognized Treatment Centers to increase access to and availability of ALS care. Donations also helped fuel the development of new assistive technology to help people with ALS be able to communicate, even as the disease prevents them from using their limbs.

"In the summer of 2014, we challenged the world to join us in our fight and you accepted," said Nancy Frates, mother of Pete. "When Pete was diagnosed, we had no idea where the tunnel to a treatment and cure existed. Today, because of your goodness in accepting our challenge, not only are we in the tunnel, we can see the light at the end of it. As we reflect on the incredible progress that has been made in the past five years, we challenge you to stay with us as we approach the light."

The Challenge Me campaign encourages people to invite a challenge that shows their commitment to finding a cure for ALS. The Challenge Me refrain is intended to re-engage those who were brave and generous enough to participate in the ALS Ice Bucket Challenge five years ago, and encourage them to stay active in the Association's mission-driven work in research, care services, and advocacy.

The ALS Association CEO Calaneet Balas said: "Five years ago, Pat and Pete and Anthony inspired millions to join the biggest medical movement in history. The millions raised have had a significant impact on the search for treatments and a cure. Now we join them in calling on the world to "Challenge Me" to help find that cure once and for all."

Over the course of the next several months, The ALS Association will continue to roll out activities and events intended to generate public participation and support for people in our community who are living with ALS. These include an ALS Youth Challenge, opportunities for people to remember those lost to ALS, the annual Walk to Defeat ALS, and more.

To learn more about the Challenge Me campaign and to see video testimonials about the impact of the Challenge from researchers, clinicians, and people with ALS, please visit ChallengeALS.org.

About ALSALS is a progressive neurodegenerative disease that affects nerve cells in the brain and spinal cord. Over the course of the disease, people lose the ability to move, to speak, and eventually, to breathe. On average, it takes about a year before a final ALS diagnosis is made. The disease is always fatal, usually within five years of diagnosis. There is no cure. For unknown reasons, veterans are twice as likely to develop ALS as the general population.