SAN FRANCISCO, June 25, 2021 /PRNewswire/ -- It's official! Hotels are back, and Hotwire is on a mission to take 2021 revenge-travel to new heights (literally) and level up #hotelgoals beyond Americans' wildest means and dreams. Today, as part of a new campaign, the online travel app launched a TikTok challenge in search of one upgrade-ready traveler to receive a trip worth up to $50,000 complete with private jet service. To kick off the challenge, the travel experts are calling in the big guns – teaming up with TikTok legend, musician and upgrade aficionado, Jason Derulo to help launch and judge the contest. 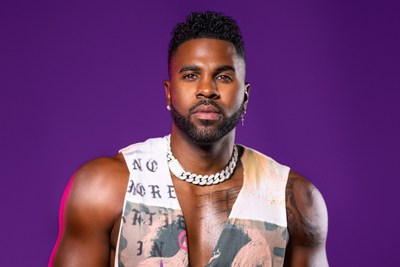 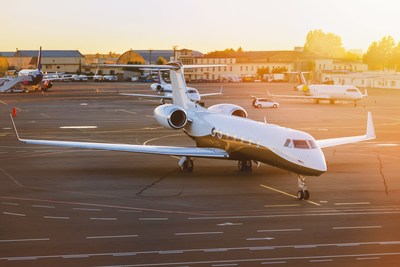 Hotwire and Jason Derulo team up to give one upgrade-ready traveler a $50,000 trip complete with private jet service

Here's how to enter: Follow @HotwireTravel and capture why you're ready for a getaway and where you'd rather be using #HotwireHotelGoals and creative inspiration from the one and only Jason Derulo. Transform from stay-at-home drab to hotel fab by flaunting your green screen skills and the dreamiest hotel background you can find. From your couch to a fabulous infinity pool, or your office desk to a five-star rooftop bar, the possibilities are endless – just like when you book a fancy hotel for an amazing rate on Hotwire.

Hotwire offers a whole new way to book travel with its mystery hotel deals known as "Hot Rates," which offer travelers big savings on a better experience than they thought possible. Similarly, once the contest winner selects their domestic destination of choice, Hotwire will handle the rest, including arranging a mystery luxury hotel and private jet travel for the stay.

The TikTok challenge comes as part of Hotwire's latest initiative, Book Beyond Your Wildest Means, which sets out to make the inaccessible, accessible for savvy travelers everywhere. *Beyond* giving away a wildly extravagant celebrity-worthy getaway to one lucky recipient, the campaign entails a robust programming rollout beginning in 2021 that will enable travelers to upgrade their favorite experiences at every turn. Be on the lookout for partnerships ranging from skincare to meal kits, and everything in between, designed to showcase how Hotwire fans can book – and live – beyond their wildest means.

The rationale is simple: Hotwire believes that staying at a truly great hotel shouldn't be so rare. There's no need to settle for mediocre rooms and tiny showers just because you're a budget boss. When travelers use the Hotwire app, they can unlock better hotels in better locations with better details they'll actually want to share on their social feeds – all for the price they might have paid for a less-great hotel. So why book a cheap hotel, when you can book an expensive hotel for cheap on Hotwire?

What's more, a recent survey by Hotwire found that while luxury hotel rooms star in the majority of millennials' travel fantasies as they begin to hit the road again, nearly 60 percent1 have never stayed in a five-star hotel. Hotwire is ready to change that this summer as the world opens its doors to travelers once again.

About HotwireHotwire is a leading discount travel site and app. Launched in 2000, Hotwire, Inc. was one of the first online travel sites to work with suppliers directly to book unsold inventory. By simply revealing the name after booking, Hotwire enables travelers to book beyond their wildest means, including hotel rooms, rental cars, and flights.

Hotwire is an operating company within Expedia Group. For more information, visit www.hotwire.com. © 2021 Hotwire, Inc., an Expedia Group company. All rights reserved. Hotwire, Hot Rate and the Hotwire logo are trademarks of Hotwire, Inc. All other trademarks are property of their respective owners. CST# 2053390-50

About Jason DeruloForward-thinking, genre-defying, and massively creative, Jason Derulo has staked his claim as one of the most dynamic forces on the global pop landscape. Since breaking through with his five-times-platinum single "Whatcha Say," the award-winning singer/songwriter has sold more than 200 million records worldwide. His latest triumphs include emerging as one of TikTok's most influential users, boasting the 11th overall biggest account on the video-sharing platform, prevailing as the fourth-most-followed male, and regularly amassing over five million views per TikTok post. Now at work on his highly anticipated fifth album—and full-length debut for Atlantic Records—Derulo recently delivered a series of smash singles while operating as an independent artist. Those tracks include the wildly catchy "Lifestyle" feat. Adam Levine, "Take You Dancing" (a pandemic-era love song that's inspired over a half-million videos on TikTok), and the double-platinum "Savage Love (Laxed - Siren Beat)"—a collaboration with New Zealand-based producer Jawsh 685 that hit No. 1 on Top 40 radio, with its official BTS remix reaching the top slot on Billboard's Hot 100. A truly multidimensional creator, Derulo has also established himself as an actor and businessman, investing in enterprises like Catch L.A. and Rumble Boxing and becoming part-owner of Bedlam Vodka. With his most recent ventures including launching an innovation-minded podcast and developing a line of supplements and fitness products with the Najafi Group and BodyBuilding.com, he's also partnered with Z2 Comics to create a graphic novel — a project based on a superhero called Uzo, the crime-fighting character he first introduced on TikTok.1 Hotwire's Google Survey of 500 U.S. consumers aged 18+ fielded June 1 - 11.

You made it through a one-star year. You deserve a five-star...