If you have traded a significant amount of cryptocurrency using the platform of coin giant Kraken but have failed to properly indicate that activity on your federal income tax returns, the government may already be on your case. The best response you might have at your disposal is voluntarily disclosing the information that you have previously withheld. There are a few different ways to engage with this process, and the proper choice will depend on your individual facts and circumstances.

Coordinating with the IRS can be a daunting task. You should not have to do it alone. The California dually licensed Tax Attorneys and CPAs at the Tax Law Offices of David W. Klasing have decades of experience assisting individuals and corporations with amended returns and voluntary disclosures to the IRS. The thing to keep in mind is that amended returns may be viewed by the taxing authorities as a criminal admissions and a voluntary disclosure comes with a nearly guaranteed pass on criminal tax prosecution. For a consultation on your case, call us at (800) 681-1295.

Court Permits IRS to Seek Out User Records from Kraken Cryptocurrency ExchangeA federal district court in the Northern District of California has granted the IRS a "John Doe Summons" for the purpose of obtaining records from Kraken, a highly popular cryptocurrency exchange platform. A John Doe Summons is utilized by the IRS when the agency is seeking to uncover information on a broad class of taxpayers that might fit a particular description. In this case, the IRS has ordered Kraken and its parent, Payward Ventures Inc., to produce records of U.S. taxpayers that utilized Kraken to conduct at least $20,000 of cryptocurrency transactions over the past four years.

This is not the first time that the IRS has utilized this tactic in detecting cryptocurrency noncompliance. The government previously issued a similar John Doe Summons in late 2016 to cryptocurrency trading giant Coinbase, who fought the order in court for nearly a year before finally partially capitulating and providing at least some information on some 14,000 users. John Doe Summons' first made their entrance into the financial industry in 2008 when the IRS used one to retrieve information on account holders at UBS.

Kraken is preparing to go public next year and could be valued in the $70-80 billion range. But the weight of the IRS can force even the strongest financial institutions to buckle from the pressure. The best preparation in all circumstances is making sure that your records are well maintained and compliant with government standards. If you need help, do not hesitate. Call the Criminal Tax Defense Attorneys and CPAs at the Tax Law Offices of David W. Klasing today.

What Should I Do if I Have Traded with Kraken and Owe Unpaid Federal Taxes?If you have identified areas of past tax returns that may not be wholly accurate, you can still take vital steps to prevent civil or criminal prosecution. One of the most employed strategies is voluntary disclosure.

The IRS instituted the voluntary disclosure program for those U.S. taxpayers who recognize that they have made material misstatements or omissions on one or more of their previous tax filings with the government that could potentially be viewed as willful. To enter a voluntary disclosure, the taxpayer must provide the IRS with amended federal tax returns that include timely and factual tax information for a six-year period regardless of the number of tax years that the taxpayer views as noncompliant.

A voluntary disclosure also includes the imposition of a single 75% civil fraud penalty on the tax year that generates the largest amount of additional federal income tax during the six-year period. In nearly all cases, the taxpayer's choice to enter a voluntarily disclosure with the federal government will safeguard the taxpayer from a criminal indictment and ordinarily leads to reduced civil penalties that would have likely been assessed outside of the program. The IRS Criminal Investigations Office (IRS-CI) often appreciates your utilization of the voluntary disclosure process. You coming to them voluntarily, even when you may already be on their radar screen, is significantly easier for them and cheaper for you than the alternative.

Voluntary Disclosure vs. Amended Returns for Kraken TradesSome noncompliant taxpayers may choose an alternative form of voluntary disclosure, which involves the amending of prior tax returns. This "quiet" voluntary disclosure has the benefit of taking place over time and reserving a level of privacy for the taxpayer. However, when the total monetary discrepancy and repeating years of noncompliance are significant enough, quiet voluntary disclosure can be viewed by the IRS as a criminal admission.

Our philosophy at the Tax Law Offices of David W. Klasing is that full voluntary disclosure should be utilized when the amount owed in federal tax exceeds $30,000 over a six-year period which is a year in jail under the federal sentencing guidelines. While this may seem like a black and white figure, the federal tax code is nuanced, and the only way to be sure of the correct path is an experienced and professional assessment by a Cryptocurrency Tax Attorney & CPA. Do not attempt to engage in the voluntary disclosure process without the legal counsel of a competent criminal tax defense attorney.  Before you do anything, be sure to call our California offices to set up a consultation.

Get Our Help with Voluntary Disclosure TodayIf you think you are exposed to being the subject of the IRS' crackdown on cryptocurrency tax evaders, contact The Tax Law Offices of David W. Klasing today to set up a consultation by calling (800) 681-1295 or schedule online HERE.

See the full version of this article here. 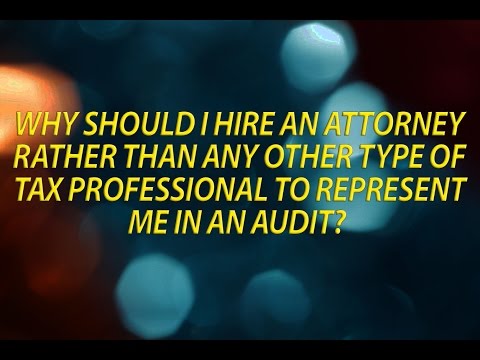 From the Tax Law Offices of David W. Klasing - What can be...