The keynote speaker at the conference was Garry Kasparov, a world chess champion, human rights activist and author, who is the founder of the Renew Democracy Initiative. Kasparov recently joined the Advisory Board of IMPROVATE, which connects technology and innovation companies and governments and new markets.

"IMPROVATE works to solve problems and I have been solving problems my entire life," Kasparov said. IMPROVATE's work connecting startups to governments is particularly critical at this point in history, he continued. "It's a very important to improve the global climate of innovations by helping startups to present their ideas straight to potential customers,  to the top of the food chain, and I think it also helps governments to look through a new lens."

Talking about his involvement in the popular Netflix series, The Queen's Gambit, where he served as a consultant, Kasparov said: "I have to say the phenomenal success of this series was a big surprise and dramatically improved the image of the game of chess."

Irina Nevzlin, IMPROVATE Founder and Chair: IMPROVATE's mission is for governments to have access and the ability to implement amazing technological innovations created every day to make the lives of the citizens better. Cybersecurity was never more acute than during this crisis when the majority of people found themselves working from their home computers and with increasing amounts of cyber-attacks by foreign dictatorships and by other groups."

Maj. Gen. (Res) Amos Gilead, Executive Director of the Institute for Policy and Strategy (IPS), IDC Herzliya, spoke of the importance of cyberspace in the modern battlefield. I cannot imagine any future war without cyber… In order to win the next war, we need to be the best in three dimensions of cyber – offensive, intelligence and defense."

Former Bulgarian President Rosen Plevneliev said that in many areas of cyber, Israel is the number one country in the world. "My message to Israeli companies is that there is so much demand for your product, so engage with us."

Senior UAE officials, bankers and investors who participated in the conference said there was massive potential for collaborations between Israel and the UAE in the cyber sector and beyond. Among the Emirati participants were Sheikha Hend Faisal Al Qasimi, an Emirati royal, businesswoman and philanthropist; Mohammed Mulla, Business Development Director at Emirates NBD; and Ayman Al-Awadhi, Group Managing Director, The Corporate Group.

IMPROVATE CEO Ronit Hasin Hochman said: "Israel is a cyber power and has a lot to offer the world. IMPROVATE is proud to promote Israeli companies that are the forefront of the cyber sector, and connect them with governments and businesses world-wide. I would like to welcome Garry Kasparov, a global authority on AI and cyber to the Advisory Board of IMPROVATE. Having Garry on board is major step forward to achieving IMPROVATE's goals in the sector." 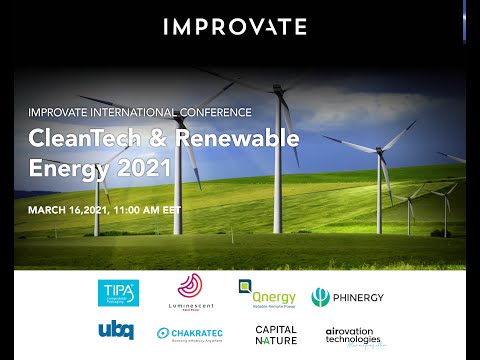