OWASSO, Okla., Oct. 22, 2019 /PRNewswire/ -- Folds of Honor was founded by Captain Dan Rooney above his garage in 2007 with a dream to provide the gift of education to military families impacted by war. A veteran of three combat tours in Iraq, Rooney was recently promoted to the rank of Lieutenant Colonel, and today, he has a lot to celebrate, even beyond his promotion.

Through the generosity of thousands of Americans, Folds of Honor is awarding $22 million in scholarships to 4,500 military dependents. This marks the organization's most impactful year in history. Scholarships are valued at $5,000 and are awarded to spouses and children of fallen or disabled U.S. service members. Since its inception in 2007, Folds of Honor has awarded nearly 25,000 scholarships in all 50 states. The organization is rated a four-out-of-four star charity by Charity Navigator.

"It is an honor to support our military families by continuing to fly jets in the U.S. Air Force Reserve and by leading the incredible team at Folds of Honor," said Rooney. "We are humbled by the amount of support we've received since we first founded Folds of Honor 11 years ago. Thanks to our loyal supporters, we have been able to touch the lives of thousands of military families and create a network of support for those who have paid the ultimate sacrifice for our country."

This new milestone was reached through a combination of individual donations, corporate partners, various fundraising events and the unwavering support of local Folds of Honor Chapters across the country. Once again, Texas marks the top state for the number of 2019 scholarships with 552 recipients; North Carolina followed with 456 recipients, then Florida with 312 recipients.

While the organization continues to grow its fundraising efforts, the need is still great. This year, Folds of Honor saw a 14% increase from 2018 in scholarship requests, and more than 500 eligible, qualified applicants were not awarded in 2019.

"We are proud to award a record number of scholarships this year, but there is still an immense need," said Rooney. "Our goal is to be able to provide a scholarship to every qualified applicant each year, and we are committed to fundraising and creating even more awareness for this important and noble mission."

To join the mission or to donate, visit www.foldsofhonor.org.

About Folds of HonorFolds of Honor is a 501(C)(3) nonprofit organization, rated a four-star charity by Charity Navigator, that provides educational scholarships to families of fallen or disabled military men and women in the United States. Educational scholarships support tuition and tutoring for children in grades K-12, as well as higher education tuition assistance for spouses and dependents. Founded in 2007 by Lieutenant Colonel Dan Rooney, a PGA Professional and F-16 fighter pilot in the Air Force Reserves who served three combat tours in Iraq, Folds of Honor is proud to have awarded nearly 25,000 scholarships in all 50 states and some US territories, including approximately 4,500 in 2019 alone. For more information or to donate to Folds of Honor, visit www.foldsofhonor.org. 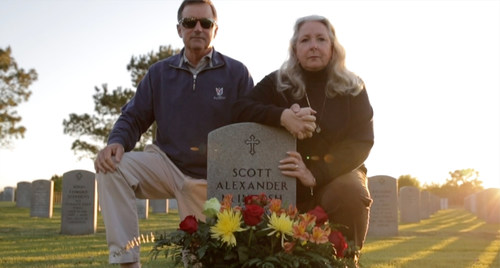