MONTREAL, Sept. 11, 2017 /PRNewswire/ - Over 400 kilometres above the earth, the world's first 3D printed book prototype of "Genius: 100 Visions of the Future", printed in zero gravity, was unveiled last night at the "Celebrating a Century of Genius" gala dinner. This 3D printed book, "will feature some of the world's preeminent experts in fields spanning science, technology, literature, art, business and education, with each of its pages dedicated to a single contributor's vision," said Elan Divon, Vice-President of CFHU. Designed by renowned artist Ron Arad, the specially designed laser-cut pages in the likeness of Einstein, serve as a collective vision of our time. Contributing visionaries include Barbra Streisand, Deepak Chopra, Craig and Marc Kielburger, Ellen Johnson Sirleaf, Sylvia Earle, Frank Gehry, Jeff Skoll, Tiffany Shlain and Obiageli Ezekwesili. 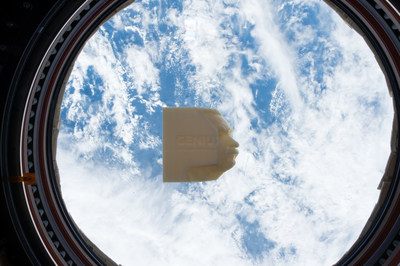 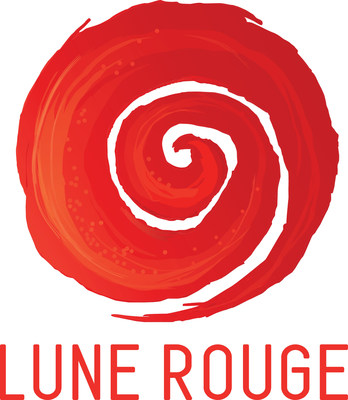 The 3D space book printed at the International Space Station was coordinated by Japanese aeronautical engineer and JAXA astronaut Soichi Noguchi, Flight Engineer, Expedition 22 and Expedition 23 aboard the ISS. Conceived by Rami Kleinmann, President and CEO of Canadian Friends of Hebrew University and brought to life by Yifat Sharon, 3D Space Book Project Manager, the project, in collaboration with NASA, marked a milestone in publishing history.

"We are truly humbled and honoured to be surrounded by so many of the world's visionaries who were able to join us in celebrating the life and legacy of Albert Einstein", said Monette Malewski, co-chair, Celebrating a Century of Genius. "It truly speaks to the relevance of Einstein and the importance of fostering the next generation of brilliant minds."

The "Genius 100: Innovation Summit" was held Sunday morning and featured some of the world's greatest minds speaking on topics ranging from science & technology, the environment, education, the arts and literature. Speakers included Chris Hadfield, Rick Hansen, Gro Harlem Brundland, Guy Laliberte, Hitoshi Murayama, Nancy Lublin, and Sandra Witelson from McMaster University, a Canadian neuroscientist best known for her analysis of Albert Einstein's brain and the ability to measure a person's creative potential based on their brain structure.

The highlight of the weekend, the gala dinner "Celebrating a Century of Genius" was held at MTL Grande Sunday evening and hosted by Daniel Ferguson and Lorraine Pintal, actor and director of TNM. Ferguson is the writer and one of the producers of "Einstein's Incredible Universe" a 3D film to be released in 2018. Gala attendees included James Caan, Judy and Larry Tanenbaum, Calin Rovinescu, Maggie Macdonnell, Amb. Haile Menkerios, Hebrew University President Asher Cohen, Denis Coderre, mayor of Montreal and Mr. Takeshi Uchiyamada Chairman of the Board Toyota Motor Corporation. One of the greatest gatherings of Nobel laureates, intellectuals, artists and scientists, guests were treated to a culinary symphony of global flavors created by Hong Kong-Canadian legendary chef, Susur Lee, in collaboration with leading Montreal chefs. In the true spirit of this global celebration, the evening closed with the world-wide debut of a new composition created by renowned composer, Shuki Levy alongside writer Tori Avey Levy, "Speed of Light" was performed alongside a music video by youth choirs from all corners of the world, including South Africa, India, Canada, Israel, and the United States.

About Genius: 100 VisionsIt has been 100 years since Albert Einstein created the General Theory of Relativity. The project's purpose is to inspire a new generation of scientists and humanitarians, to bring fresh thinking to contemporary global challenges and to make science, technology, engineering and mathematics more accessible and appealing to future generations. Albert Einstein was one of the founding fathers of The Hebrew University. For more information please visit: http://genius100visions.com/100-visions-of-the-future

About Lune RougeThe guiding principle of Lune Rouge, founded by Guy Laliberté in 2015, is to develop projects and invests in funds with a focus on technology, the arts, entertainment and real estate, as well as on initiatives that generate positive social and environmental impacts. www.lunerouge.com