DENVER, Feb. 14, 2018 /PRNewswire/ -- After a successful series in 2017, GKIDS and Fathom Events continue their collaboration to bring a new line-up of treasured films to U.S. cinemas throughout 2018. STUDIO GHIBLI FEST 2018 gives fans an opportunity to see nine of Studio Ghibli's revered animated masterpieces on cinema screens nationwide, along with some very special surprises for Fathom Events attendees only. 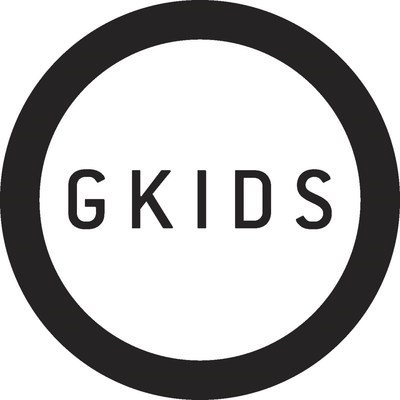 Tickets for STUDIO GHIBLI FEST 2018 can be purchased online by visiting www.ghiblifest.com, www.FathomEvents.com or at participating theater box offices. Moviegoers throughout the U.S. will be able to enjoy these events in over 700 select movie theaters. A complete list of theater locations will be available on the Fathom Events website (theaters and participants are subject to change). Weekday showings begin at 7:00 p.m. and Sunday showings begin at 12:55 p.m. (all local times).

"After an incredible Ghibli 2017 series and the popular 'Mary and The Witch's Flower' event earlier this year, we are pleased to be teaming up again with GKIDS to bring some of the world's best animation to U.S. theatergoers," Fathom Events CEO Ray Nutt said. "This series provides a special opportunity for fans to experience these beloved titles together on the big screen."

"We were overjoyed with the passionate response to last year's festival," said GKIDS CEO Eric Beckman. "The artistry, wonder, and excitement of Studio Ghibli is best experienced in movie theaters, and we are thrilled to be working together again with Fathom Events to bring these movies to fans nationwide."

When Sosuke, a young boy who lives on a clifftop overlooking the sea, rescues a stranded goldfish named Ponyo, he discovers more than he bargained for. Ponyo is a curious, energetic young creature who yearns to be human, but even as she causes chaos around the house, her father, a powerful sorcerer, schemes to return Ponyo to the sea. Miyazaki's breathtaking, imaginative world is brought to life with an all-star cast, featuring the voices of Cate Blanchett, Matt Damon, Lily Tomlin, Liam Neeson and more.

Haru is walking home after a dreary day of school when she spies a cat with a small gift box in its mouth crossing a busy street, and she jumps in front of traffic to save the cat from an oncoming truck. To her amazement, the cat gets up on its hind legs, brushes itself off, and thanks her very politely. But things take an even stranger turn when later than night, the King of Cats shows up at her doorstep in a feline motorcade. He showers Haru with gifts, and decrees that she shall marry the Prince and come live in the Kingdom of Cats!

"Porco Rosso" is a world weary flying ace-turned-bounty-hunter, whose face has been transformed into that of a pig by a mysterious spell. When he infuriates a band of sky pirates with his heroics, the pirates hire Curtis, a hotshot American rival, to get rid of him. But with the help of the teenage girl Fio, an aspiring airplane designer, and sultry lounge singer named Gina, Porco takes to the skies for what may be his final high-flying showdown.

From the legendary Studio Ghibli, creators of Spirited Away, and Academy Award®-nominated director Isao Takahata, comes an action-packed ecological fable about the clash between nature and human civilization.

The tanuki (raccoon dogs) of Tama Hills find their fun-loving community under attack when their quiet woodlands are threatened by encroaching developers looking to create still more houses and shopping malls. Desperate to survive, the tanuki band together and learn the ancient art of transformation, shape-shifting into a comical variety of humans and spirits as they undertake a last-ditch plan to scare away the humans and save their home, in this deeply-affecting, funny and heartfelt look at what it means to live in the modern world.

Inflicted with a deadly curse, the young warrior Ashitaka heads west in search of a cure. There, he stumbles into bitter conflict between Lady Eboshi, the proud people of Iron Town, and the enigmatic Princess Mononoke, a young girl raised by wolves, who will stop at nothing to prevent the humans from destroying her home and the forest spirits and animal gods who live there.

Directed by Academy Award®-nominated Isao Takahata, Studio Ghibli's Grave Of The Fireflies has been universally hailed as an artistic and emotional tour de force.

As the Empire of the Sun crumbles upon itself and a rain of firebombs falls upon Japan, the final death march of a nation is echoed in millions of smaller tragedies. This is the story of Seita and his younger sister Setsuko, two children forced to fend for themselves in the aftermath of fires that swept entire cities from the face of the earth. Their struggle is a tribute to the human spirit. Presented in its digitally remastered and restored format, Grave Of The Fireflies is one of the rare films that truly deserves to be called a masterpiece.

Celebrate the 30th anniversary of My Neighbor Totoro, from the legendary Studio Ghibli, creators of Spirited Away, and Academy Award®-winning director Hayao Miyazaki. When Satsuki and her sister Mei move with their father to a new home in the countryside, they find country life is not as simple as it seems. They soon discover that the house and nearby woods are full of strange and delightful creatures, including a gigantic but gentle forest spirit called Totoro, who can only be seen by children. Totoro and his friends introduce the girls to a series of adventures, including a ride aboard the extraordinary Cat Bus, in this all-ages animated masterpiece featuring the voices of Tim Daly, Lea Salonga, and real-life sisters Dakota and Elle Fanning, in a classic tale of magic and adventure for the whole family.

Hayao Miyazaki's Academy Award®-winning masterpiece Spirited Away was the biggest box office hit of all time in Japan and helped redefine the possibilities of animation for American audiences and a generation of new filmmakers.

Chihiro thinks she is on another boring trip with her parents. But when they stop at a village that is not all that it seems, her parents undergo a mysterious transformation, and Chihiro is whisked into a world of fantastic spirits, shape-shifting dragons and a witch who never wants to see her leave. She must call on the courage she never knew she had to free herself and return her family to the outside world.

Combining Japanese mythology with Alice in Wonderland-type whimsy, Spirited Away cemented Miyazaki's reputation as an icon of animation and storytelling.

Castle in the Sky is a timeless story of courage and friendship, with stunning animation from acclaimed Academy Award®-winning director Hayao Miyazaki.

This high-flying adventure begins when Pazu, an engineer's apprentice, spies a young girl, Sheeta, floating down from the sky, held aloft by a glowing pendant. Both Sheeta and Pazu are searching for the legendary floating castle, Laputa, and they vow to travel there together to unravel the mystery of the luminous crystal. But their quest won't be easy, as soon they are being pursued by greedy air pirates, the military, and secret government agents, who all seek the power Sheeta alone can control.

For artwork/photos related to this series, visit the Fathom Events press site.

About Fathom EventsFathom Events is the leading event cinema distributor with participating theaters in all 100 of the top Designated Market Areas®, and ranks as one of the largest overall distributors of content to movie theaters. Owned by AMC Entertainment Inc. (NYSE: AMC), Cinemark Holdings, Inc. (NYSE: CNK) and Regal Entertainment Group (NYSE: RGC) (known collectively as AC JV, LLC), Fathom Events offers a variety of one-of-a-kind entertainment events in theaters such as live performances of the Metropolitan Opera, top stage productions including Newsies! The Broadway Musical and George Takei's Allegiance, major sporting events such as Mayweather vs. McGregor, epic concerts with artists like Grateful Dead and Dixie Chicks, the yearlong TCM Big Screen Classics series, inspirational events such as Steve McQueen: American Icon and In Our Hands, and beloved anime titles like Princess Mononoke and Spirited Away. Fathom Events takes audiences behind the scenes for unique extras including audience Q&As, backstage footage and interviews with cast and crew, creating the ultimate VIP experience. Fathom Events' live digital broadcast network ("DBN") is the largest cinema broadcast network in North America, bringing live and pre-recorded events to 897 locations and 1,387 screens in 181 DMAs. For more information, visit www.fathomevents.com.

About GKIDSGKIDS is the producer and distributor of award-winning feature animation for both adult and family audiences. Its latest film is the Academy Award®-nominated, critically-acclaimed feature, The Breadwinner, directed by Nora Twomey and executive produced by Angelina Jolie. It also marks the company's first foray into production, since GKIDS CEO Eric Beckman and President David Jesteadt also executive produced the film. Since 2010, GKIDS has scored an astounding 10 Best Animated Feature Oscar® nominations with The Secret of Kells in 2010, A Cat in Paris and Chico & Rita in 2012, Ernest & Celestine in 2014, The Tale of The Princess Kaguya and Song of the Sea in 2015, Boy and the World and When Marnie Was There in 2016, My Life as a Zucchini in 2017, and The Breadwinner this year.  GKIDS also handles North American distribution for the famed Studio Ghibli library of films, one of the world's most coveted animation collections with titles Spirited Away, My Neighbor Totoro, Princess Mononoke and others. GKIDS recently launched ANIMATION IS FILM, an annual LA-based film festival. The first edition took place last October at the TCL Chinese Theater in Hollywood for a sold-out audience of 5,000.  ANIMATION IS FILM embraces the highest aspirations of animation as a cinematic art form and is a vocal advocate for filmmakers who push the boundaries of their work to the fullest range of expression of which the medium is capable. www.GKIDS.com

About Studio GhibliStudio Ghibli was founded in 1985 by animation directors Hayao Miyazaki and Isao Takahata and is one of the most successful and well-respected animation studios in the world. Cultivating a creative force of talented directors, animators, and storytellers under the revered brilliance of Miyazaki and Takahata, Studio Ghibli's films have been praised for their originality, dazzling animation, and epic storytelling. The films have become a beloved part of Japanese popular culture, and have garnered worldwide acclaim from audiences and critics alike. Hayao Miyazaki's Spirited Away won the Academy Award® for Best Animated Feature of 2002, and in 2005 Miyazaki was named one of "the most influential people" by TIME Magazine.