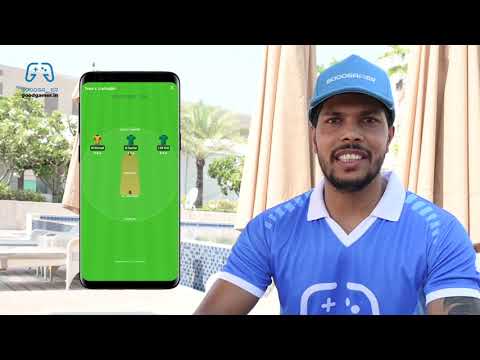 GoodGamer is India's first Daily Fantasy Sports and true Esports gaming platform. It will launch with cricket and CS:GO and add Football (Soccer), Valorant, Dota 2, a Quiz game and Indian Rummy before 2021. GoodGamer is the first to offer several other features, including prop fantasy contests, player injury reports, player injury alerts, an AI-based lineup optimizer, and private contests where the contest creators can earn a commission for creating and managing the contests.

In addition to the official launch, GoodGamer has signed an advertising agreement with Disney+ Hotstar, the official live streaming platform for all premium sports in India, including Cricket. GoodGamer will be present as an advertiser on the biggest T20 League tournament that begins in September in UAE. Disney+ Hotstar is India's largest premium streaming platform that has changed the way Indians watch their entertainment - from their favourite TV shows and movies to sporting extravaganzas.

GoodGamer has signed international bowler's, Umesh Yadav and Kuldeep Yadav as the Company's brand influencers for the festive season to mark the return of cricket. Umesh Yadav is an Indian cricketer with 10 years of professional experience playing for multiple domestic, T20 league and national teams. He was the highest wicket-taker for India in the 2015 ICC Cricket World Cup. Yadav also plays for the national team as well as multiple domestic franchise teams.

"India and Cricket represent an incredible opportunity for GoodGamer. With a cricket fan base reaching 900 million users, the return of franchise cricket on Disney + Hotstar is the perfect place and time for launching our app.  Our app is also primed to gain access to India's 350 million mobile gamers with CS:GO and our future launch of Valorant, Dota 2 and Freefire,  The demographics in India couldn't be better aligned with the unique sports and Esports focus of our Daily Fantasy app," said GoodGamer CEO Charles Creighton.  "We have planned to launch in the region for some time, but doing so just in time for this tournament is the icing on the cake for us. With all eyes on cricket through to the Final Match in November, our unique features will bring an attractive alternative to Indian DFS fans - fans we can keep engaged throughout the year with our year-round calendar of Esports & traditional sports contests, quiz games, and more."

"Having lived in Vancouver, Canada, and now back in my native Bangalore, it's exciting for me to be working with the team at GoodGamer to bring this app to Indian sports and Esports fans," said Ravi Nagarajachar. "We've developed a fantastic relationship with leading Esports tournament organizers and marketing groups such as Skyesports of Chennai, one of the top Esports tournament organizers and casters in India. Skyesports will be leveraging their million+ followers, influencer contacts, and its 50 million users reach on Youtube to give us that rocket fuel for our launch here. So many cricket fans also love Esports, this is a perfect fit that makes sense."

GoodGamer is offering a deposit bonus for every deposit a player makes to enter a DFS contest. Users can earn additional money by signing up for GoodGamer's Refer-a-Friend program. The Refer-a-Friend program allows a user to earn up to ₹100 Cash Bonus for each referral and a 5% Cash Bonus on a friend's deposit up to a ₹1000 Cash Bonus. The more friends a player refers to play in a real money contest, the larger bonus. Users may register after they download the app on GoodGamer.in.