MIAMI, March 5, 2018 /PRNewswire/ -- Grammy-award winning singer and songwriter Meghan Trainor and Zumba, the world's largest branded dance-fitness company, announced today a global collaboration to create the exclusive choreography set to Trainor's latest single, "No Excuses." The multi-platinum Trainor, dancing alongside an all-female ensemble, is the first recording artist to star in an official Zumba choreography video, and her goal is to inspire Zumba's community of 15 million people across 200,000 locations in 186 countries to respect one another and get up and dance. 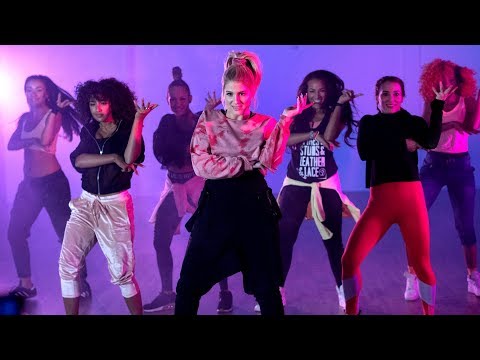 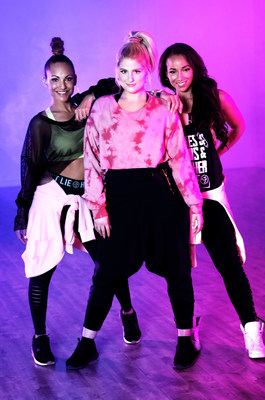 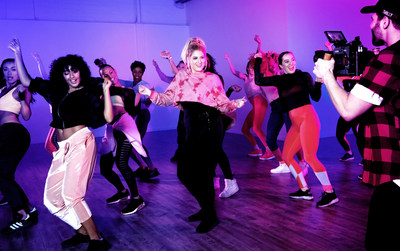 "I always hear my music playing in Zumba classes when I'm at the gym so I thought—let's reach out to Zumba and create something special for "No Excuses," says Trainor. "We both believe in empowerment! I want this choreography to empower everyone out there to get on their feet, and I want them to think about respect and sassiness and loving yourself."

"Zumba has always been focused on inspiring others to feel empowered and confident, and this is something we hear in all of Meghan's music that makes her the ideal partner for us," says Carolina Moraes, VP Marketing of Zumba. "We are thrilled she is starring in the official Zumba choreo video for "No Excuses," a fun and upbeat song with a message that is in keeping with the company's core values while perfect for the Zumba class experience."

The "No Excuses" official Zumba choreography video launches today, March 5, just a few days before International Women's Day (March 8). "This song "No Excuses," is a very empowering song, it's all about respect," says Trainor. "Respect each other out there; I think we need a little more of that out in the world today."

Having Trainor star in an official Zumba video represents the next step in the evolution of Zumba's relationship with the music industry and further solidifies the global-fitness brand's position as a music-industry power-player. Over the past two years, Zumba has helped launch chart-topping tracks with artists like Shakira, Maluma, Shaggy, Claudia Leitte, Pitbull, Wisin, Yandel, Don Omar, Luis Fonsi, Lil Jon and Daddy Yankee; and in the past two months, Jason Derulo and Steve Aoki.

Dance to "No Excuses" at a Zumba class near you  - www.zumba.com/findaclass.

About Meghan TrainorGrammy-Award winning singer, songwriter, and multi-instrumentalist Meghan Trainor emerged with her 2014 breakout single "All About That Bass" and disrupted contemporary music with nostalgic pop beats and powerhouse vocals that delivered a worldwide anthem for female empowerment. Trainor cemented her rising status as one of the most prominent artists in popular music by charting seven multi-platinum singles, releasing two platinum albums, selling out three headline tours, writing multi-platinum hits for top pop and country artists, and receiving countless industry awards and nominations worldwide. She is one of only five female artists to receive a diamond certification for her hit single "All About That Bass" which shares the RIAA Gold & Platinum Awards top honor with only 15 other singles in history. After wrapping up her first season as a panelist on FOX's hit series THE FOUR, Trainor released her first single "No Excuses" from her highly-anticipated, 2018, third-studio album on March 1, and is exciting fans that bass is back, and it's bigger than ever!

About Zumba Fitness, LLCFounded in 2001, Zumba is the largest branded fitness company in the world – reporting more than 15 million weekly participants, in 200,000 locations, across 186 countries. Known as "exercise in disguise", Zumba® blends contagious world rhythms with easy-to-follow choreography, for an effective, total-body workout that feels more like a party than exercise. In addition to its original Zumba® program, the company offers 10 Zumba® specialty classes– from aquatic-based to those specifically designed for active older adults and children. In 2016, Zumba launched its first non-dance, high intensity workout STRONG by Zumba®, where music acts as the main motivator. The Zumba® lifestyle is rounded out by the company's many consumer product offerings, including DVDs, video games and original music, activewear and footwear and interactive Fitness-Concert™ events. For more information about Zumba's programs and products, or to find a live class, visit zumba.com. Visit the ZLife blog and follow us on Facebook and Instagram.