Available in KakaoTalk, a mobile messaging application used by more than 90% of the South Korean population, Klip gives users the opportunity to experience digital assets on their mobile devices. Users can sign in to Klip with their existing Kakao accounts. 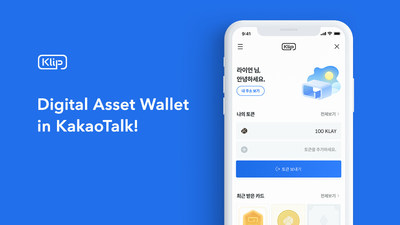 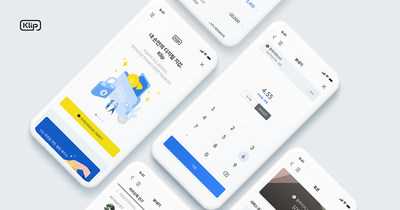 Klip defines a digital asset as any information or content that has value. Typical examples include gaming items, cyber money, and mileage points. Thanks to the advancement of blockchain technology in recent years, online content and even user internet activity that was previously unable to be quantified and priced can now be assetized.

Klip users can safely store and easily transfer digital assets obtained from Klaytn-based blockchain applications across different verticals such as social networking, gaming, and e-commerce. The Klaytn platform itself is a global public blockchain platform also developed by Ground X. As of today, Klip supports 11 cryptocurrencies, including Klaytn's own token called KLAY, as well as a multitude of Non-Fungible Tokens (NFTs). The number of Klaytn-based cryptocurrencies and NFTs that will be supported in Klip will increase gradually over time.

Klip is designed to be a wallet for everyone, including those with little to no previous knowledge of blockchain or crypto assets. To achieve this, Klip focuses on optimizing usability, security, and expandability.

Klip allows users to send and receive digital assets with their basic KakaoTalk account information, rather than complex wallet addresses typical of most blockchain wallets. The digital asset transfer is as fast as an instant wire transfer yet does not incur additional fees.

Klip's service security is also a key feature of its development. Klip users' private keys are safely stored in encrypted formats, thanks to the security feature known as Key Management Service. Therefore, users do not need to worry about losing their private keys due to accidents or data breaches. It is also noteworthy that under the current security framework, even Ground X has no access to users' private keys.

Also, Klip provides a feature that allows partners to issue NFTs of their choice. The wallet will invite creative external partners to explore Klip's potentialities and to utilize NFTs for their own unique services. In this context, Klip will allow partners of all sizes, from large-scale enterprises to small-sized blockchain startups, and even individuals, to issue NFTs and leverage them in many ways.

"Klip enables people to experience digital assets, which are the core elements of the next internet paradigm, on the mobile platform that they feel the most comfortable with," Jason Han, CEO of Ground X says. "We have focused on developing a digital wallet that is easy and convenient enough to be used by those who have no previous experience with blockchain technology."

"Users in their 20s and 30s, already familiar with mobile and online environments, are expected to benefit the most from the Klip service. Ground X also plans to make efforts to educate and publicize content about the potential of digital assets to these Millennials and Generation Z," Han explains.

Ground X is expected to add more features to Klip in the coming months. In the second half of the year, Klip will be directly connected to Klaytn-based blockchain applications and following that, Ground X plans to launch a native mobile application of Klip to provide a seamless digital wallet service to users all over the world.

Klaytn to be blockchain of choice for gamefi and metaverse in 2022...