NANNING, China, Jan. 22, 2018 /PRNewswire/ -- Just 30 km from the downtown region of Nanning in Guangxi Zhuang Autonomous Region is a land of beauty and magic. For several decades, this land has made the incredible transition from a home of overseas Chinese to a national-level economic and technological development zone, and with its unique regional positioning advantage and progressive developmental concept, it has become one of the fastest-growing development zones in Guangxi Region. 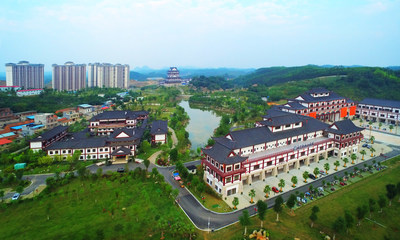 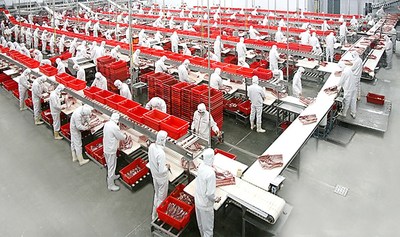 Founded in 2004, the Guangxi ASEAN Economic and Technological Development Zone was elevated to a national-level economic and technological development zone in March 2013, and thereafter was approved as a national industrial cyclic transformation demonstration zone. From its humble beginning as an agricultural economy-oriented foreign Chinese farmland, the area has repositioned and surpassed itself time and again, and today the Development Zone has transformed into a city genuinely suitable for both work and life.

In recent years, the industrial structure in the Guangxi ASEAN Economic and Technological Development Zone has followed the "promotion of city through industries, expansion of industries through the city, integration between city and industries" developmental principle, continued to accelerate its industrial clustering endeavors and focused its efforts on forging a three-pillar industries in food processing, biomedicine and machinery manufacturing. Budweiser, Shuanghui Group, Uni-President and a score of other leading corporations have gradually set up and begun their operations here, which also led to extensions of industrial chains both in the upstream and downstream. In addition, the Development Zone has partnered with the Department of Agriculture of the Guangxi Zhuang Autonomous Region to form an "agricultural Silicon Valley", which has already been bolstered with 19 modern agriculture model projects such as the primary facility of Guangxi Sericulture. Leveraging on the serene natural ecological resources, the Development Zone is emphatically fostering a modern service structure revolving around leisure tourism and elderly care industries, as exemplified in the Guangxi social elderly care industry demonstration base of Taihe - Pure Land community, a project that totals an investment of over RMB ten billion and which has already finished construction for its first phase. As the Nanning Education Industry Park and Guangxi Vocational Skills Public Practice Base progress forward as scheduled, they will be seamlessly and organically connected with the urban development strategies, developmental direction and industrial layout of the Development Zone while promoting the integration between city and industries.

In the future, the Guangxi ASEAN Economic and Technological Development Zone will balance between and fulfill both "industrial development" and "ecology construction" requirements on its path of the creation of a commerce-, residence- and industry-friendly city where the landscapes and gardens are lush and where entrepreneurial dreams will come true.