"Our team has spent months researching ways to do the most good with these funds, consulting local advisors and building a strategic framework to pay it forward, as both a neighbor and champion of change in the Baltimore region, delivering meaningful impact and sustainable support for the Black community," said Jennifer Hudson, Director at Diageo Beer Company. "Guinness has always been 'made of more' and, as the home of Guinness in America, genuine give back efforts are in our DNA. The Baltimore region has warmly welcomed our team since opening the Guinness Gates just two years ago and we're honored to support such worthy causes in the fight for equity."

Visit Baltimore Foundation & Guinness Open Gate Brewery Diversity Apprenticeship Program When COVID-19 decimated the travel industry, budget cuts forced Visit Baltimore's Education and Training Foundation to pause, threatening the non-profit's Diversity Apprenticeship Program. The Guinness Open Gate Brewery is donating to the local destination marketing organization to fully fund the program for the next year, with plans to support it for five years. Visit Baltimore will facilitate the end goal of creating at least ten hospitality career pathways with a focus on Baltimore's Black community. The 600-hour paid apprenticeship aims to result in employment upon completion by Visit Baltimore or a partner organization. It was created to promote career interest in the hospitality and craft beer industries among minority students (21+), with a focus on introducing paths at the management level. The apprentices will shadow at Visit Baltimore, Guinness Open Gate Brewery and another local tourism entity in a three-part immersive learning experience. Applications are currently open; eligible candidates must be 21 years of age or older.

Reginald F. Lewis Museum The Guinness Open Gate Brewery is donating to the Reginald F. Lewis Museum of Maryland African American History & Culture in Baltimore City, an award-winning tourism destination known as the "authentic voice of Maryland African American History and Culture." As an extension of the Guinness Open Gate Brewery's mission to contribute to America's craft brewing scene in a positive way as makers and creatives, the brewery's support will champion underrepresented artists to inspire the next generation. The partnership also endeavors to provide more exposure to the creativity, expressionism and healing power of the arts for underserved audiences through digitization, new experiences, improving physical access, and broader education. Much of Guinness' history is rooted in its visual brand identity - from the iconic illustrations and artwork, to today's award-winning creative. To support these artists in Maryland is a natural evolution of that legacy.

Job Opportunities Task Force Beer Collaborations Brewmaster Peter Wiens and Head Brewer Hollie Stephenson will lead Guinness' stateside brewing team in creating a series of special release beer collaborations with local friends, coworkers, and community leaders, with all proceeds benefiting the Job Opportunities Task Force (JOTF). The local non-profit works to eliminate educational and employment barriers for low-wage workers by transforming the systems and policies that create and perpetuate those barriers. The first 'give back' beer to debut on draft and in package at the brewery will be a sweet potato pie-inspired brown ale brewed with local Black beer enthusiasts, to be released in early 2021. In addition, JOTF was a beneficiary of the Guinness x Black is Beautiful collaboration beer released at the brewery this past August, which sold out in two weekends.

Existing Partnerships Upon creation of the $1 million Baltimore Community Fund, Guinness made immediate donations to the Maryland Food Bank (MDFB) and Baltimore Action Legal Team (BALT). MDFB has been a brewery community partner since the brewery's opening in August 2018. The recent donation dollars specifically supported the food bank in its work to address the impact of racial inequality and structural barriers to food access. The brewery's culinary team also baked and donated over 16,000 loaves of bread to the MDFB's Middle Mile program, to assist with COVID relief efforts. Guinness also made a donation to BALT to bolster its efforts in providing legal support to Baltimore residents as they exercise their civil liberties.

For updates on Guinness' Gives Back Baltimore Fund and more from the Guinness Open Gate Brewery, follow @GuinnessBreweryUS on Facebook and Instagram and @GuinnessUS on Facebook, Instagram and Twitter or visit www.GuinnessBreweryBaltimore.com. Whether enjoying a pint at the Open Gate Brewery in Baltimore, at the Guinness Storehouse in Dublin or anywhere in between, please do so responsibly.

About Guinness The Guinness brand was established in 1759, when Arthur Guinness signed a 9,000 year lease on St. James's Gate Brewery in Dublin.  Brewed using four main ingredients, water, barley (malted & roasted), hops and yeast, Guinness is the world's most popular stout brand. The iconic beer is brewed in 49 countries worldwide and sold in over 150 with almost 9 million glasses of Guinness beers enjoyed every day around the world.  The most GUINNESS is sold in Great Britain, Ireland, USA, Nigeria and Cameroon. More information can be found at www.guinness.com.

About Diageo Diageo is a global leader in beverage alcohol with an outstanding collection of brands including Johnnie Walker, Crown Royal, Bulleit and Buchanan's whiskies, Smirnoff, Cîroc and Ketel One vodkas, Captain Morgan, Baileys, Don Julio, Tanqueray and Guinness. 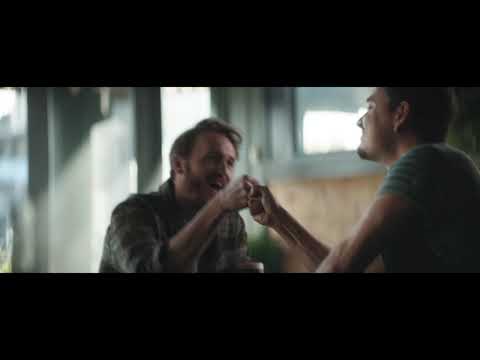 ALL TOGETHER NOW: ST. PATRICK'S DAY IS BACK AND IT'S TIME TO...