It is now one of the strongest-performing campaigns in agency history, with more than 7 million views and 30,00 shares in just a few weeks, the strongest Instagram performance in Harmon Brothers history. For Lumē, sales are up 526% and the company is on track to grow from $1.5 million annually to $15 million annually based on current indicators.

"As a physician, I've had countless conversations with patients who are looking for a solution to deal with body odors. It was awkward for them to share this in confidence, so when we created this revolutionary product, we knew we needed to find a way to talk about it publicly. Who better than Harmon Brothers, the agency whose success was sparked by making the smell of human odors easy to talk about," said Dr. Shannon Klingman, Lumē Inventor and CEO. "We have the best natural product in its class in the market, and now we are confident women everywhere will find us."

"With this campaign, we felt like this was a throwback to our early days as an agency," said Daniel Harmon, Chief Creative Officer of Harmon brothers. "Conveying a message that centers around bodily functions—such as pooping or, in this case, smelling and body odor—can be tricky, but we're always up for the challenge. We loved working with Lumē because they have the same core belief that we do: These topics shouldn't be off-limits. In fact, we're aiming to remove the taboo completely so people can talk freely about solutions like Lumē without feeling embarrassed."

Developed by Dr. Shannon Klingman, a gynecologist, Lumē is all natural, clinically-proven, 72-hour odor control that can safely be used anywhere on a person's body. Dr. Klingman said, "Lumē was born because, as an OBGYN, I saw how doctors were far too eager to prescribe antibiotics for day to day body odors above and below the belt. So, I dove deep into that odor causing reaction and created a product that stopped the stink without relying on harmful chemicals."

Lumē is so effective that in head to head study against two natural deodorant leaders, Native and Schmidt's, Lumē was proven to control odor 6 times longer than both. Lumē has helped women and men of all ages prevent body odor. It's made without aluminum, fragrance oils or baking soda, meaning anyone can feel confident using it even on the most sensitive skin.

In a Harmon Brothers first, the Lumē ad features a made-from-scratch musical number. During the four-minute spot, the star character song-and-dances her way through a caricature of French elegance, pulling off her luxurious lifestyle with the help of Lumē to eliminate odors coming from her underarms and private parts. Dancing under a faux streetlight, demanding that her butler scrub the bathroom floor for days and belting out high notes from atop a grand piano, this leading lady manages to convince the viewers that they actually want body odor—just so they can experience the pleasure of using Lumē to dismiss it away.

ABOUT HARMON BROTHERS The Harmon Brothers is a Provo, Utah-based ad agency behind the most viral ad in internet history. Since 2013, the company has created nearly 20 groundbreaking, distinctive social media spots, which collectively have over 1 billion views and helped drive over $300 million in sales.

ABOUT LUMĒLumē is all natural, clinically-proven, 72-hour odor control you can use anywhere on your body. Lumē has helped women and men of all ages prevent body odor. It's made without aluminum, fragrance oils, or baking soda, so you can feel confident using it even on your most sensitive skin. https://lumedeodorant.com/ 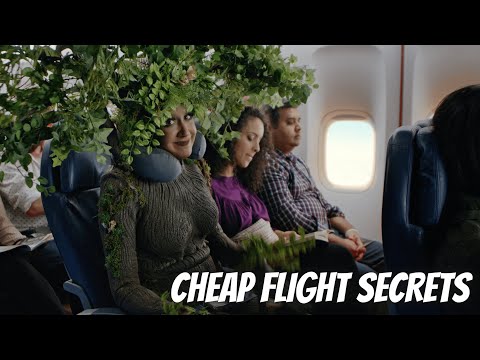