NEW YORK, Jan. 10, 2020 /PRNewswire/ -- From performing in sold-out arenas across the globe as one-half of renowned duo 2CELLOS to striking out on his own and making his Sony Classical solo debut, HAUSER continues the momentum of 2019 into the New Year, today announcing the February 7 release of his new album CLASSIC. Available for preorder now, Classic includes some of the most beloved classical melodies ever written, each a personal, longtime favorite of HAUSER he's carefully curated and rearranged for the cello. Making its debut today is one of these iconic melodies, Puccini's incredibly emotional aria "Nessun Dorma," which has been taken to new heights by HAUSER's cello – listen and watch the new video here. 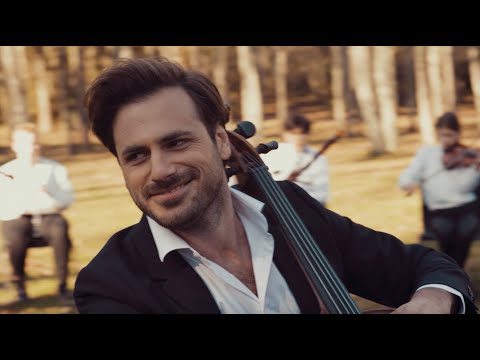 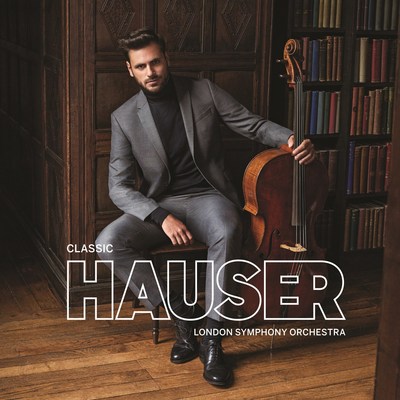 "It's simple," says HAUSER when asked to describe Classic. "It's the most beautiful, the most romantic melodies ever written in classical music – by the greatest composers – played on the cello, the most beautiful and romantic instrument of all."  HAUSER could hardly be blamed for calling each of the compositions on Classic "the most iconic" or "the most beautiful" or "the most romantic" melody in classical music. Because they are. Working alongside arranger Robin Smith and producer Nick Patrick, HAUSER has adopted these immortal compositions for the cello, letting them sing as never before with help from the London Symphony Orchestra.

The resulting timelessness of Classic is further exemplified by the album's lead offering, an interpretation of Tchaikovsky's masterpiece "Swan Lake," which HAUSER introduced alongside a stunning video showcasing his imitable performance style – watch here. "Simple choice," he says of the excerpt from Tchaikovsky's ballet Swan Lake that opens Classic. "I don't think there's a person who hasn't heard it and doesn't recognize it. You play it, and it's like, 'Ah, yes – ballet, Tchaikovsky.' The melody is iconic. And I love the way it showcases the cello with orchestra, when they play the melody together. The same thing is true of the excerpt from Tchaikovsky's The Nutcracker."

Another ravishing Russian melody – the Nocturne from Borodin's String Quartet – is also known to the public as the song "And This Is My Beloved" from the Broadway musical Kismet. "It has real Russian soul, and it's so dramatic," HAUSER says, adding, "It really doesn't get better than this."  The moonlit reverie of the melody from the slow movement of Rachmaninoff's Piano Concerto No. 2 has already yielded a classic pop ballad – Eric Carmen's "All by Myself" – but the soulful sound of the cello adds another dimension to its appeal. "People will know this melody," HAUSER says, "even if they don't know where it comes from."

The composer most represented on Classic, not surprisingly, is Mozart. "He wrote so many unbelievably beautiful second movements that I had a hard time choosing," HAUSER says, "but we selected the slow movements from his Concerto for Clarinet and Piano Concerto No. 21 – both so simple and touching. Also, the 'Lacrimosa' from the Mozart Requiem – one of the saddest melodies ever written, and one of the last he wrote. You don't need a whole choir to sing it. The cello sound is so moving here."

Opera is represented on Classic by the most robust and popular of all tenor arias, Puccini's "Nessun Dorma," as well as Handel's heartbreaking "Lascia Ch'io Pianga" from his opera Rinaldo and the surging, passionate instrumental "Intermezzo" from Mascagni's opera Cavalleria Rusticana. If the song "Caruso" is not technically a classical tune, it evokes the memory of the great Italian tenor Enrico Caruso, and it has become a favorite of contemporary operatic tenors. "It's one of the best-known songs from Italy," HAUSER notes, "and singers love to perform it. No one had done it yet on the cello, though, and it's perfect instrument for this beautiful melody."

Classic also features crossover compositions – James Last's enduring instrumental standard "The Lonely Shepherd" (heard on the soundtrack of Quentin Tarantino's Kill Bill: Volume 1) and a more recent favorite, "River Flows in You" by the South Korean pianist/composer Yiruma. The second lead offering from Classic, "River Flows in You" was debuted alongside yet another stunning visual, which features HAUSER drifting along the Adriatic Sea – watch here.

HAUSER's story begins as a very young child in the town of Pula, Croatia, where he found himself so transfixed by the sound of a cello that he was moved to gather whatever he could around him to try to make the instrument himself, in the hopes that he could learn its mechanisms and recreate that very same magical sound.  His impatience to master the cello survived his childlike attempt to build one, as the dynamic young cellist has since rocketed to fame as half of the global, genre-busting musical sensation 2CELLOS.  With the release of Classic, his first solo album for Sony Classical, HAUSER has realized maybe the best of all possible musical dreams that dazzled that little Croatian boy.

"This is what the world needs now – these melodies, this music, with soul and heart, performed on the cello," HAUSER ultimately concludes about Classic. "I feel like I'm on a mission, because this world has gone crazy in so many ways. I hope I can touch and move as many people as possible. With the passion we put into it and the presentation, I think Classic can do that."

ABOUT HAUSERThe dynamic young cellist who rocketed to fame as half of the genre-busting worldwide musical sensation 2CELLOS, HAUSER now gears up to release his new solo album entitled Classic, set for release February 7 from Sony Classical.

Drawn to the cello as a little boy when he first heard it played on the radio in his native Croatia, HAUSER began to learn the instrument at the age of 8. His remarkable potential was recognized not long after, when he began an intense study of music, the cello and classical repertoire that eventually took him to London, Manchester and Boston for conservatory training. Upon graduation in 2011, HAUSER joined fellow cellist Luka Šulić to become 2CELLOS, creating a viral cello version of Michael Jackson's "Smooth Criminal," which catapulted the duo's global success.

In the classical world, HAUSER collected some 21 first prizes in prestigious national and international cello competitions, performing twice in London for Prince Charles at Buckingham and St. James's Palaces. He was also the last student to play for and perform with the iconic Russian cellist/conductor/humanitarian Mstislav Rostropovich. As a soloist, HAUSER has performed in many of Europe's greatest classical venues, including London's Wigmore Hall and Amsterdam's Concertgebouw.