CHICAGO, Sept. 30, 2020 /PRNewswire/ -- Hawthorne Race Course and PointsBet have partnered together to open Illinois' newest retail sportsbook and the closest in-person sports betting destination to downtown Chicago.  PointsBet, a premium global sportsbook operator, debuted its mobile app and digital sports betting product in Illinois at the start of the NFL season.  The brick and mortar sportsbook at Hawthorne is the first of four Chicagoland locations that the companies will open as Illinois partners, and is a precursor to the premium PointsBet Sportsbook that will be a part of Hawthorne's historic $400 million casino development, scheduled to open in late 2021 (pending final regulatory approval). 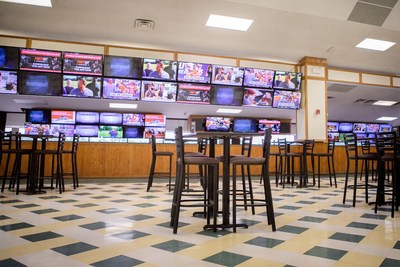 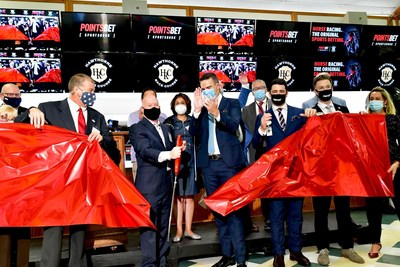 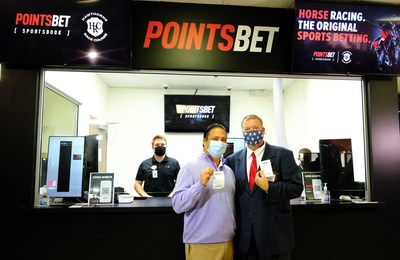 "The next year is going to be action-packed for Hawthorne as we prepare to redevelop the race track into a fully operational casino and premier gaming entertainment destination," said Tim Carey, president and CEO of Hawthorne Race Course.  "And that action starts now with the opening of our new PointsBet Sportsbook.  We partnered with PointsBet because they have the best technology and are truly innovative, but also because they put customer service at the forefront, which is critical to our long-term success particularly for the on-site experience."

The PointsBet Sportsbook at Hawthorne was designed for the new realities of on-site entertainment, featuring a "bet-and-go" lobby with six self-service kiosks as well as a modular "watch-and-wager" sportsbook with ample space for social distancing.  The sportsbook has over 60 HD TVs, 20 self-service kiosks, a 3-person betting concierge counter inclusive of a dedicated high denomination wager desk, and a VIP lounge with reserved seating.

"PointsBet has been successful in making a name for itself by offering a personalized mobile sports betting experience with unrivaled speed and ease of use, as well as the most bet types across every game," said Johnny Aitken, CEO of PointsBet USA.  "At the heart of that effort is our passion for live sports and entertainment, and our desire to always put the bettor first. While most stadiums across the country are currently closed to fans, our sportsbook is a place for sports lovers to engage together and share that game day excitement in a safe and responsible manner.  We, together with our partner Hawthorne Race Course, are thrilled to provide the Illinois consumer with exactly what they've been craving."

Jeff Walik, Mayor of the Village of Stickney, wherein Hawthorne is located; and Illinois State Representative Bobby Rita, who was the chief architect of the gaming expansion bill that legalized Illinois sports betting and permitted casino-style gaming at race tracks, placed the ceremonial first wagers.  In honor of Hawthorne's 130 years in business, Walik bet $130 on the Chicago Cubs Run Line vs the Marlins today, while Rita placed a $130 Chicago parlay on the Cubs and White Sox to win today.  Any winnings from the wagers will be donated to the Racing Industry Charitable Foundation, which provides health and social services to families in the Illinois horse racing industry.

The PointsBet Sportsbook at Hawthorne is just 10 miles from downtown Chicago, and is the first sportsbook to open on the southwest side of the City.  Thoroughbred racing returns to Hawthorne on Friday, October 2nd with weekend racing through the end of the year.  The interim sportsbook and racing clubhouse will host wagering while the new Hawthorne Casino is in development, which will feature slots, table games and a state-of-the-art PointsBet Sportsbook, in addition to restaurants, bars and an entirely new grandstand and clubhouse for racing fans.  Three more PointsBet Sportsbooks will open at Club Hawthorne off-track betting bars in coming weeks in suburban Crestwood, Oakbrook and Prospect Heights.

PointsBet recently joined forces with the Chicago Bears, designating PointsBet as the famed franchise's first ever sports betting partner. As a nod to Illinois sports fans, PointsBet is offering the best price in market for all Chicago Bears games this season across both the pregame spreadline and moneyline bet types.  The operator also recently announced a partnership with Chicago Bears legend, Devin Hester, highlighting the symbiotic element of Hester's world-class speed on the field and PointsBet's unmatched speed and ease of use off it, thanks to PointsBet owning their technology end-to-end and placing an emphasis on an in-house development approach.

About Hawthorne Race CourseFounded in 1891, Hawthorne Race Course is the oldest sporting venue in Illinois for America's original sport: horseracing.   For more than a century, the 4th generation family-owned and operated business has hosted racing on the border of the City as "Chicago's hometown track" which is the only race course in the nation to host both Thoroughbred (Spring, Fall, Winter) and Standardbred racing (Summer).  Hawthorne operates Illinois' largest network of off-track betting parlors which will also feature three PointsBet Sportsbooks, pending regulatory approval.  On July 30, 2020, the Illinois Gaming Board approved Hawthorne to move forward with a $400 Million development of the State's first race track casino which is scheduled to open in late 2021 (pending final approval).  For more information visit HawthorneRaceCourse.com.

About PointsBet PointsBet is one of the fastest growing sportsbooks in the country and is rapidly expanding its U.S. footprint, now bringing its best-in-market proprietary technology, modernized and premium brand mentality, expert trading practices and proven growth marketing strategies to both the Illinois sports betting market and the notoriously passionate Chicago-area sports fans. Originally founded in Australia, PointsBet is a cutting-edge bookmaker that prides itself on having the quickest and most user-friendly app (iOS and Android) while also providing the best content and experience for sports bettors. PointsBet is the only U.S. online bookmaker to offer PointsBetting – a unique and innovative way to bet – and has also introduced a slew of well-received, bettor-first initiatives. PointsBet offers the most markets on all four major U.S. sports (NFL, NBA, MLB, NHL) and PointsBetting in the world, including up to 1,000 markets per NBA game.