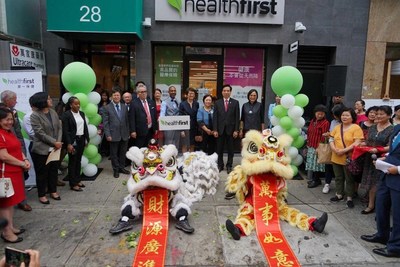 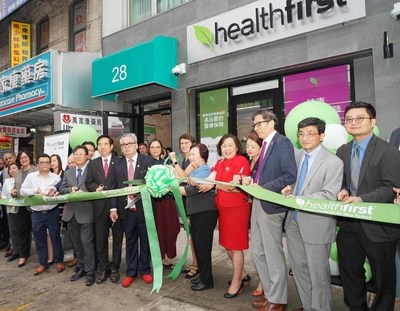 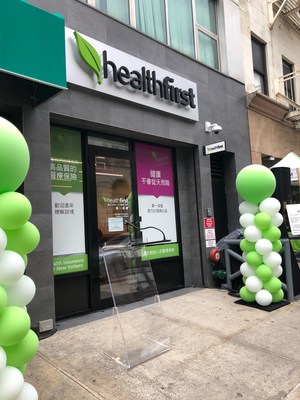 "We are excited about the opportunity to relocate our office to the street level at this location to make it more accessible and visible to the residents in the area, and accommodate the growing needs in Chinatown," said Pat Wang, president and CEO of Healthfirst. "Healthfirst has been a long-standing fixture in the neighborhood, and the new space will benefit those who have come to rely on our community offices as a place to get personal attention to learn more about our plans and other services. It is now more important than ever for people to have the information and resources they need to make the best decisions about their healthcare."

Founded more than 25 years ago by New York's leading hospitals, Healthfirst has 22 community offices throughout the New York metropolitan area, on Long Island, and now in Westchester, including two in Manhattan's Chinatown, with the original East Broadway location opening more than six years ago on the 5th floor of the same building. Relocating this office to the ground level is important to Healthfirst's promise of delivering high-quality service to its members. In fact, since opening the doors to the ground-level location several weeks ago, traffic has increased almost 10% compared to the same time last year. The street-level space is more open, modern, and people centric; it has a refreshment bar and private meeting rooms for members and prospects. The office is staffed with Chinese- , Spanish- , and English-speaking representatives.

Healthfirst is New York's largest not-for-profit health insurer, earning the trust of nearly 1.4 million members by offering access to affordable healthcare. Sponsored by New York City's leading hospitals, Healthfirst's unique advantage is rooted in its mission to put members first by working closely with its broad network of providers on shared goals. Healthfirst takes pride in being pioneers of the value-based care model, recognized as a national best practice. For more than 25 years, Healthfirst has built its reputation in the community for top-quality products and services New Yorkers can depend on. It has grown significantly to serve the needs of members, offering market-leading products to fit every life stage, including Medicaid plans, Medicare advantage plans, long-term care plans, qualified health plans, and individual and small group plans. Healthfirst serves members in New York City, on Long island, and in Westchester, Sullivan, and Orange counties. For more information on Healthfirst, please visit healthfirst.org.