SALT LAKE CITY, Sept. 15, 2021 /PRNewswire/ -- Blackrock Neurotech, a leading provider of brain computer interface (BCI) technology for human patients, has announced plans to invest in a novel auditory nerve implant (ANI) device that restores hearing for the deaf. The ANI device technology is being developed as part of an NIH-supported effort between the University of Minnesota, Blackrock Neurotech, MED-EL, Hannover Medical School (MHH), Feinstein, and the University of Utah. 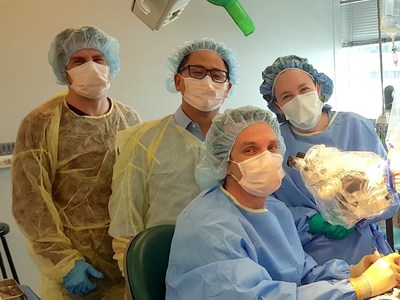 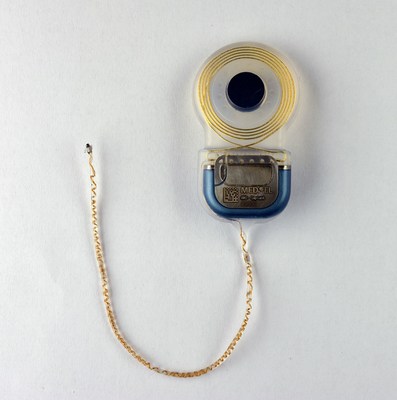 Blackrock's investment will accelerate both pre-clinical trial testing and clinical trial efforts, with the goal of addressing a large population of underserved patients for whom traditional cochlear implants do not provide adequate solutions.

Since the mid-1980s, cochlear implants (CIs) have been an effective treatment option for people with hearing loss.1 However, a large percentage of the overall patient population—roughly 30 million Americans—do not meet eligibility requirements for implantation. Current implants are placed behind the ear, under the skin, and use a sound processor to send signals to electrodes implanted in the cochlea.

"Due to anatomical variations in the cochlea and other issues, many patients with hearing loss can't be implanted with a typical CI device and up to 30 percent of CI patients are not getting optimal performance out of conventional implants," said Marcus Gerhardt, CEO and co-founder of Blackrock. "Working with the University of Minnesota, we are able to accelerate a groundbreaking process that implants the electrode array directly into the auditory nerve. Not only does this process potentially allow for significant hearing improvements in a whole new set of patients, but it could improve activation of the auditory pathway to the brain, which in turn could further help people hear in noisy environments such as live music."

The latest funding from Blackrock builds upon a $9.7 million five-year grant from NIH awarded to the University of Minnesota in March 2019. The new investment will enable the development and translation of a new ANI through preclinical studies and later, a pilot clinical trial, where the ANI is then implanted in up to three deaf patients. The plan to initiate the pilot study will take approximately a year to complete.

"We are committed to accelerating the process of getting auditory nerve implants into human clinical trials, so that no patient is left behind," said Florian Solzbacher, co-founder and chairman at Blackrock. "The exceptional partnership with our research collaborators combined with NIH support have allowed us to make great strides towards developing and demonstrating the new technology and getting ready for use in human subjects. Together with the University of Minnesota, we are excited to be able to significantly accelerate getting devices into patients to improve hearing performance for people with severe-to-profound sensorineural hearing loss."

The University of Minnesota's ANI research includes technology development and validation, behavioral/perceptual studies and surgical/safety studies in both animals and humans. The iterative design of the Utah electrode array for the ANI is currently being evaluated in human cadaver experiments.

"It is an honor to work with Blackrock to continue our research toward a high performance ANI." said Hubert Lim, PhD, the lead researcher on the grant and an associate professor in the University of Minnesota's Department of Biomedical Engineering in the College of Science and Engineering and professor in the Department of Otolaryngology in the Medical School. "The additional funding given to this project allows us to expand our outlook for the ANI on a much larger scale, with the goal of ultimately implanting 40-50 deaf patients within the next three years."

About Blackrock NeurotechBlackrock Neurotech, formerly known as Blackrock Microsystems, is dedicated to the clinical translation of brain-computer interface (BCI) technology. Blackrock, founded in 2008, is the world's leading platform company for BCI technology and the development of implantable solutions that improve human lives. Blackrock's precision electrode technology is at the core of many worldwide innovations in BCI, enabling dozens of early users (known as "BCI Pioneers") to SeeAgain, HearAgain, MoveAgain, TalkAgain and more. For more information, visit www.blackrockneurotech.com.

1 There are more than 736,900 patients with cochlear implants worldwide, according to the National Institutes on Deafness and Other Communication Disorders.