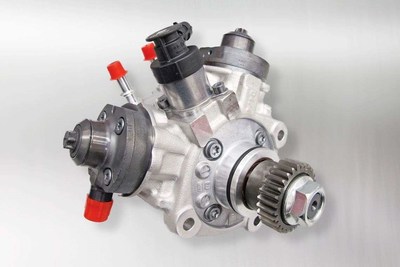 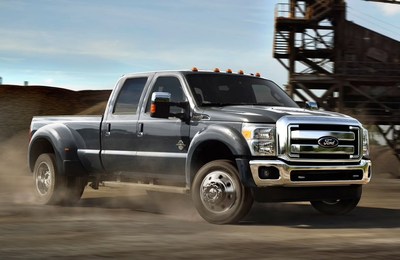 Hilliard states, "Florida truck owners were cheated out of what they thought they were getting. Just like Texas truck owners.  Without a healthy working CP4 your truck is slowly dying, just like heart failure in a person, sooner or later the heart stops and the body dies. We have clients who are seeing damage and failure early in the life of the truck. The reason?  Every single CP4 is starved of lubrication and results in metal rubing against metal in a  highly pressurized environment, without lubrication--as a result the CP4 starts to shed tiny pieces of metal shards almost immediately, sometimes as early as mile one. By a hundred thousand miles, all truck owners see the costly results. Their engines self-destruct, the CP4 disintegrates and sends thousands of metal shards into the fuel injection system and every part of the engine—resulting in $8,000-$20,000 worth of repairs.

"The truck manufacturers, Ford, General Motors, FCA (Chrysler) and VM Motori plus Bosch all knew this CP4 high pressure fuel pump was not designed for and could not safely operate on US diesel fuel and should not be put into American vehicles. Yet, they put it in millions of trucks anyway."

Hilliard states, "The CP4 is a high pressure fuel injection pump, mounted in the engine bay, which directly feeds high pressure to the common rail and draws fuel from the tank. As a fact, the CP4 will destroy the entire fuel system of 100% of the trucks it is installed in. It is in Ford 6.7L PowerStroke engines from 2011 to present and GM 6.6L Duramax LML Diesel engines from 2011 to 2016, 3.0 L EcoDiesel Jeep Cherokees and Ram trucks, and various ambulances, delivery vans, and other vehicles. The CP4 was a cost saving measure, using fewer parts and less fuel, replacing the very reliable CP3.

"It is never 'if' when it comes to CP4 failure. It is only 'when.' The failure is always catastrophic because it destroys the injectors and leaves metal shavings in the fuel lines—requiring a replacement of the entire fuel injection system and disassembly of the engine.

"Every truck owner with a CP4 should be entitled to recover the cost of replacement and repair as well as economic and other monetary damages. Hard working Americans rely on their work trucks, as do many small business owners. This defect puts their trucks in the shop for weeks and costs thousands of dollars to repair, and the car companies always deny warranty coverage. Also, if the CP4 catastrophically fails at highway speeds and the engine suddenly won't respond, there is a real safety and loss of life issue as well."

To become part of the lawsuit or for more information, click here: https://www.hmglawfirm.com/cp4fuelpump/

ABOUT HMG  http://www.hmglawfirm.com/ Hilliard Martinez Gonzales LLP (HMG) specializes in mass torts, personal injury, product liability, commercial and business litigation, and wrongful death. Hilliard Martinez Gonzales LLP has been successfully representing clients in the United States and Mexico since 1986. Bob Hilliard obtained the Largest Verdict in the country in 2012 and the #1 verdict in Texas, he currently is co-lead counsel in the single biggest litigation in US history, GM's ignition switch defect litigation, currently pending in the Southern District of New York.