NEW YORK, July 2, 2019 /PRNewswire/ -- Houghton Mifflin Harcourt (HMH) announced today that it will publish a 20th anniversary edition of Mark Bittman's How to Cook Everything, the indispensable resource for home cooks everywhere. 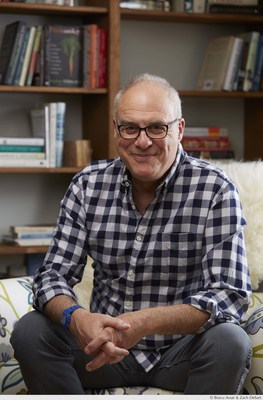 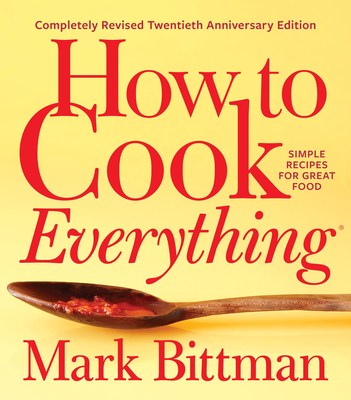 How to Cook Everything: The Completely Revised Twentieth Anniversary Edition (on sale Oct. 1, 2019) is even more essential to the modern cook's kitchen. For the first time, this version incorporates full color photographs, new sections on alternative baking ingredients and sustainable seafood, and full-page graphics that show how to improvise dishes such as soups, stir-fries and noodle bowls.

When it was first published in 1998, Mark Bittman's How to Cook Everything revolutionized the way people think about home cooking. It became a national bestseller and would go on to win a Julia Child award, a James Beard award and three other major international cookbook awards.

"I started working on the original How to Cook Everything in late 1994," said Mark Bittman. "Twenty-five years later, the world, the book and I have all changed. The simple cooking that had all but disappeared from the American scene in the '90s has roared back with a vengeance, and a devoted corps of home cooks is once again dominating the national scene in a new way. The 20th anniversary of the book reflects those changes—it's more compact, it's more beautiful and it's more focused. You'll find you can use it the same way: buy your ingredients and there'll be a terrific recipe for them, with photos and a new, brighter, more accessible layout. All of this combines to make the new edition of How to Cook Everything the one cookbook everyone needs."

Mark Bittman's attention to food origins, his focus on simple recipes and ingredients, and his flexible approach to recipes has influenced hundreds of thousands of readers to become more confident cooks and more mindful consumers. Bittman, a self-taught home cook himself, began the original How to Cook Everything with a simple remark: "Anyone can cook, and most everyone should." Twenty years later, he continues to advocate this very same proposal.

"For two decades, America has learned to cook in large part thanks to Mark Bittman's How to Cook Everything, and Mark himself has come to stand for the highest standards of sustainability, health and convenience in the kitchen," said Deb Brody, HMH VP Editor-In-Chief. "The new edition is a complete overhaul to ensure that when you cook anything and everything, it's easy, good for you and good for us all."

About Mark BittmanMark Bittman is the bestselling author of 30 acclaimed books, including the How to Cook Everything series. He was a columnist for the New York Times and he has starred in four television series, including Showtime's Emmy-winning Years of Living Dangerously. Bittman is a reporter, speaker and educator who strives to guarantee that food is fair, nutritious and delicious.