SAN QUENTIN, Calif., Jan. 13, 2021 /PRNewswire/ -- At Humans of San Quentin, they collect real stories shared by people incarcerated in prisons to bring awareness and build connections. Their aim is to give voice to the unheard. They aspire to educate and build compassion by sharing the lives of the humans living behind bars. 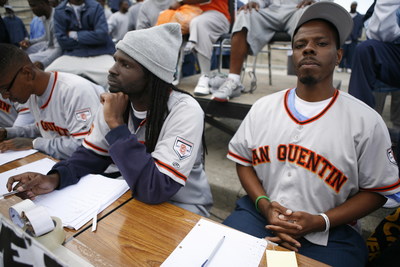 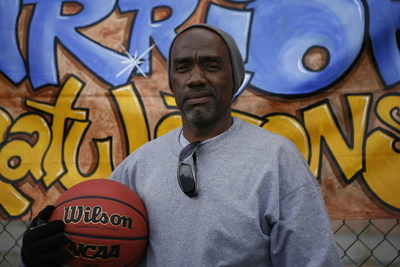 Teacher and social justice advocate Diane Kahn works inside San Quentin to help those incarcerated earn their high school diploma and teaches them to mentor their peers. In the newsroom, Juan Haines, San Quentin resident and Senior Editor of the San Quentin News, was awarded the Silver Heart in 2017 for being "a voice for the voiceless." Juan is a shining example of journalists who bring stories of life in prison to the outside world. Behind the camera, the work of freelance photographer Eddie Herena - who was released from San Quentin after 14 years of incarceration - has appeared in the San Francisco Chronicle. Working side by side, Juan, Eddie and Diane bring us the Humans of San Quentin.

"We founded Humans of San Quentin to share the voices of people incarcerated around the world through the individual stories of daily life behind bars. Together we aspire to shine a light in every cell around the globe, story by story, person by person. We think everyone should have a chance to tell their story. We hope to bring light by humanizing their lives. Together we can raise awareness and foster empathy by revealing the humanity that lives inside every one of us," said Diane Kahn, founder of Humans of San Quentin.

Through the process of storytelling they help people step into a 5' x 10' cell and experience life very different from their own.The vulnerability being shared can lead to new perspectives on human rights efforts and social justice.

Humans of San Quentin In 2017, Diane Kahn, a teacher inside San Quentin was inspired by the storytelling project, Humans of New York and her passion to share the voice of the men inside. The idea began to take shape with a conversation between Diane and James King, an accomplished incarcerated writer at the time. James suggested Diane meet with Juan Haines, Senior Editor of the San Quentin News. From the moment Juan and Diane sat down, they shared the passion to interview and share the stories of the men in blue with the outside world. Their work is a reminder of our shared humanity. Humans of San Quentin seeks to break down the walls and stereotypes of prison life and to humanize the lives behind the bars. With the use of social and restorative justice reform they give people the opportunity to improve the lives of the underserved. They strive to provide a collective place to share resources, beliefs and to promote activism regarding social justice.