LONDON, Aug. 14, 2020 /PRNewswire/ -- Despite 2020 being a difficult year across the planet due to the coronavirus pandemic, the cryptocurrency trading space on Huobi has remained strong and resilient. New information from Huobi global has seen that $877.8 billion has been traded on the platform in the last six months.

Interestingly, Q1, which was a good quarter for the cryptocurrency space, has been similarly matched by Q2 on Huobi despite Q2 being impacted by a major Bitcoin market collapse. 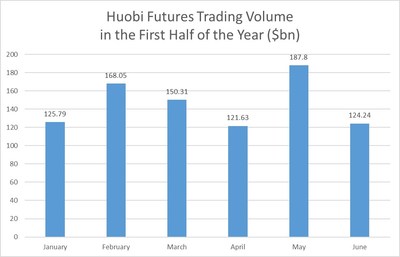 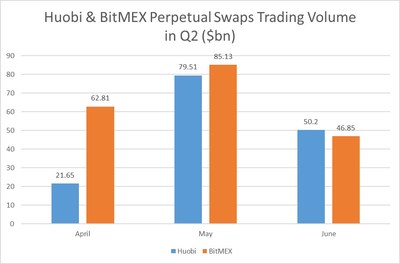 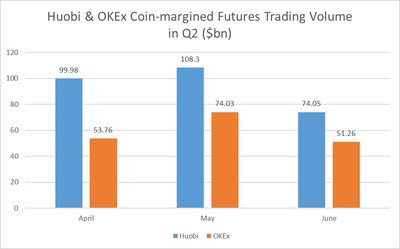 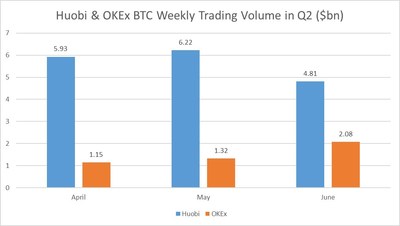 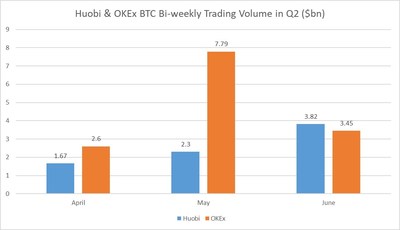 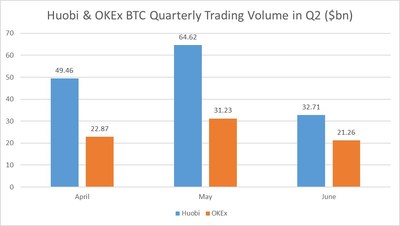 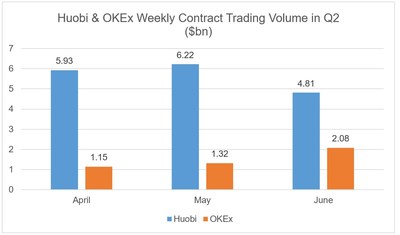 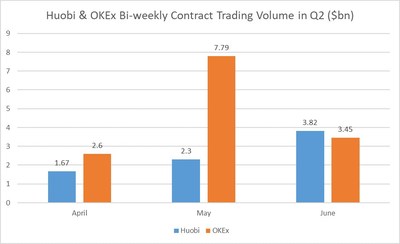 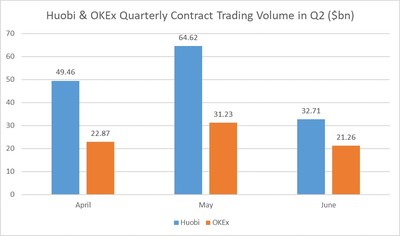 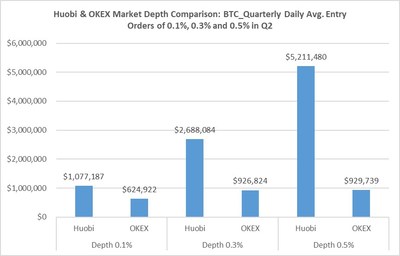 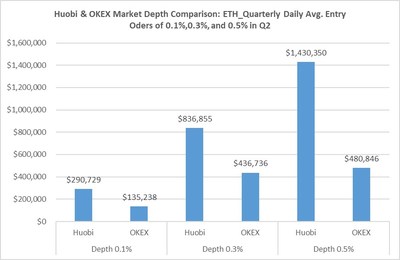 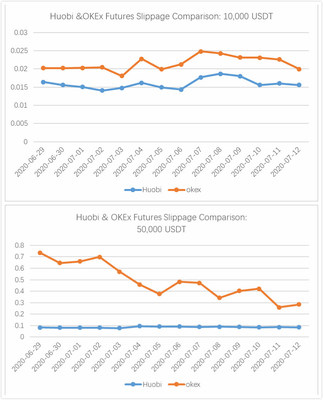 For Q1, the unilateral trading volume was $444.2 billion while Q2 was $433.7 billion. Even though Q2 was characterized by the market drop and then sideways trading, the transaction volume saw no real decline to speak of.

Huobi only recently launched its own perpetual swap product, but it has been an instant success, keeping up with, and sometimes outperforming BitMEX, one of the leaders in the space.

In its first full quarter, Huobi's perpetual swap trading volume came in at $21.65 billion in April, but rocketed up to $79.5 billion the next month, falling just short of BitMEX's trading volume. Then, in June, Huobi overtook BitMEX with a total of $50.2 billion.

April saw nearly a hundred billion dollars traded on these futures contracts at Huobi while May managed to cross into the hundred-billion-dollar range. June dropped back a bit as $74.05 billion was traded, but all three of these months outperformed OKEx.

Huobi has far outperformed OKEx in BTC Weekly contracts trading in Q1 as through April, May and June Huobi more than doubled the trading volume against its competitor.

For Bi-weekly contracts trading, Huobi did not register as much trading against OKEx, but in June the exchange did manage to overtake its competitor after OKEx had a successful May.

From below chart we can see obviously that Huobi was very successful with its BTC Quarterly contract trading volume across April, May and June, and outperformed OKEx in all three of these months. In April and May, Huobi doubled the volume at OKEx, and in June it was a little closer, but Huobi still came out with more trading.

Weekly contacts trading was another area that Huobi managed to thrive in as it registered on average more than $5 billion across April, May and June. Meanwhile, OKEx only managed to get above $2.08 billion in June.

While for bi-weekly contracts trading it was OKEx that came out on top for the majority of the quarter in regards to trading volume, but Huobi finished the quarter strong with $3.82 billion in trading in June against OKEx's $3.45 billion.

When it comes to quarterly contacts, Huobi was again at the top in terms of volume as in April and May the exchange managed to register more than double the trading volume of OKEx for these contracts. Only in June was that level taken down a bit but Huobi still had $32.7 billion in transactions more.

Third we can analyze from the perspective of market depth and slippage.

Relying on the trading volume is not sufficient for understanding a market's liquidity, therefore it's important to have an idea of a market's depth before trading. Market depth is broadly defined as the market's ability to sustain relatively large market orders without impacting the price of the asset.

Market depth considers the overall level and breadth of open orders and is calculated from the number of buy and sell orders at various price levels on each side of the mid-price. Let's take Quarterly contract as an example, as we can see from below charts, the performance of Huobi's market depth is much better than OKEx for both TOP 2 token BTC and ETH.

Another key metric in terms of exchanges is how much slippage there is in these futures contract trading. Slippage refers to the difference between the expected price of a trade and the price at which the trade is executed.

Slippage can occur at any time but is most prevalent during periods of higher volatility when market orders are used. Huobi has shown it has some of the lowest slippage rates, and this can be seen in comparison to OKEx in regards to 10,000 UDT and 50,000 USDT.

A good market depth indicates that Huobi Futures will barely have situations like flash crash in the future. Moreover, sound market depth and small slippage can help orders be filled instantly, so as to reduce users' trading costs and provide users with excellent trading experience.

Huobi Global Launches NFTs Made by Top-performing Female Users at ...