PESSAMIT, QC, Nov. 7, 2017 /PRNewswire/ - The Pessamit Innu First Nation accuses Hydro-Quebec of failing to uphold its obligations and responsibilities by filling its hydropower reservoirs to near capacity despite the "Precaution Principle" and various laws and regulations applicable in Canada. Hydro-Quebec's procedures in managing its reservoirs do not take into account any potential damage to communities, the environment, and wildlife resulting from the discharge from reservoirs of exceptional volumes of water. These management procedures have recently caused an environmental catastrophe involving 43.4 miles of the Betsiamites River (Northeastern Quebec), and also is jeopardizing the safety of those using the waterway. 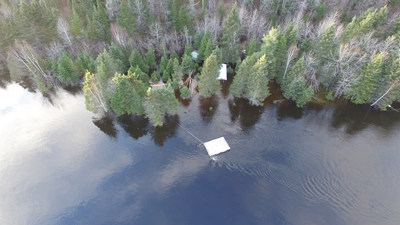 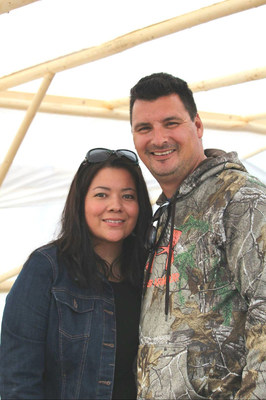 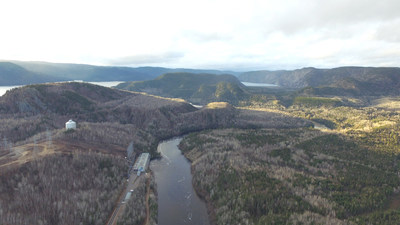 Following last week's heavy precipitation, Hydro-Quebec discharged large volumes of water into rivers downstream of its installations, increasing water levels and flows to unsurpassed heights, according to Innu tribesmen whose ancestors have occupied the territory for thousands of years. At Hydro-Quebec, the situation is attributed to "exceptional" autumnal flooding resulting in abnormal levels of water in the reservoirs. Spillways on the Bersimis-1 and 2 hydroelectric dams (on the Betsiamites River), those on Manic-5, 3, 2 and 1, on McCormick, Toulnustouc and Outardes-2, were opened one after the other, causing devastating impacts on the environment and wildlife, and creating a catastrophic situation that has not occurred since the Manic-Outardes complex was built in 1978 and Bersimis was completed in 1962.

In the wake of these "exceptional" measures, the Betsiamites River, the principal access for the Pessamiulnut to their traditional territories, over-flowed its banks into wooded areas made up of centenary trees that had never before been inundated. Debris of all sizes, including a great number of whole trees, were driven into the river. Clay embankments were also washed out by the flow, creating foreseeable damage to Atlantic salmon spawning sites (spawning season being about to begin). Furthermore, at least six traditional camp sites located in wooded areas were greatly damaged or totally destroyed, including the total loss of the Unikamit site, managed by a Pessamit company called Mashkuss Aventures.

The Chief of the Pessamit Innu Band Council, Mr René Simon, has no doubts as to the actual causes of this situation: "Hydro-Quebec can go on forever about an exceptional seven day downpour occurring in October being the sole factor in the discharge of large volumes of water from the reservoirs, but it's a lie! 2017 precipitation data for this period, compared to normal precipitation data from October 25th to 31st, do not justify releasing so much water at such a time. While it is the case that precipitation was above average during this period, overall precipitation for the summer and fall of 2017 was less than average. In fact, it hardly rained at all in the Quebec North-Shore region during this summer and fall. Why then were Hydro-Quebec's reservoirs filled to such a level that they were ready to overflow after only seven days of rain?"

The answer is simple: in its frantic race to attain new contracts, Hydro-Quebec has assured its potential clients in New England that its hydropower reserves would be increased beyond the Province of Quebec expected requirements (reminder: New-England's decision is expected in January 2018). Solution: maintain reservoir water levels as high as possible in view of increasing energy producing capacity upon request. The problem is, such a procedure doesn't take into account strong and unexpected periods of rain, as occurred in October 2017. Result: reservoirs overflow and spillways are opened, whatever the consequences.

"This is the type of management we are up against," says Chief René Simon. "While Hydro-Quebec is discharging its reservoirs, it's also abandoning all precautions. Damages sustained by members of our First Nation, those inflicted to our Nitassinan (traditional territory), to various animal species and fish in the Betsiamites River, are only part of the story. When our non-Native neighbours discover the damage inflicted to territories they use for work and recreation, they too will experience the fallacy of Hydro-Quebec's Clean Energy concept. Hopefully, the citizens of New England will do the same before January."