MADRID, June 2, 2021 /PRNewswire/ -- Iberdrola is acquiring the first Supernova fast chargers from the electric vehicle smart charging manufacturer Wallbox, that it will install globally, in the markets in which it operates. This agreement was announced by the Chairman of Iberdrola, Ignacio Galán, and the Co-Founder and CEO of Wallbox, Enric Asunción, at the commissioning of the first prototype of this charge point at the energy company's headquarters in Madrid. With this agreement, Iberdrola continues to accelerate its investment plan in electric mobility in the world and also supports a new line of business driven by Wallbox, fast recharging on public roads, therefore contributing to the growth of its investee. Iberdrola has been a shareholder of Wallbox since June 2019 in its new stage of expansion in the smart electric charging market.

At the launch of the first Supernova, Ignacio Galán, Chairman of Iberdrola, underlined "the need to work with determination to achieve an emission-free economy, creating development opportunities for our industry and generating new quality jobs. The agreement deepens the ties between a technology company, such as Wallbox, with a global energy leader such as Iberdrola, and reaffirms our commitment to put all our resources and knowledge at the service of a more sustainable society".

Enric Asunción, co-founder and CEO of Wallbox, commented: "This agreement inaugurates an important stage for the growth of Wallbox in the public fast recharging segment and we could not be prouder that it is hand-in-hand with Iberdrola. After years collaborating in the residential recharging sector and thousands of Wallbox chargers installed, they are now also betting on our cutting-edge technology in public recharging."

Supernova has a power output of 60 kW that gives electric vehicles a range of 100 km in a recharge time of just 15 minutes. Its modular design makes it very energy efficient and suited to mass production, helping to speed up the deployment of charging infrastructure for electric vehicles on public roads. Supernova is easy to install and maintain, making it very competitive for the sector. The Supernova will be produced for the European market during the second half of the year in Wallbox's new sustainable factory, which will employ 350 people in Barcelona's Zona Franca.

In April, Iberdrola and Wallbox reached a long-term on-site Power Purchase Agreement to produce, consume and reuse energy from the production of this plant and its offices in Barcelona's Zona Franca.

Iberdrola's investment will equip the Wallbox factory with photovoltaic solar panels that will produce 1,500 MWh/year for self-consumption, equivalent to the consumption of 500 homes.

Under the alliance, Wallbox will meet its objective of operating with energy independence in its facilities and reduce its carbon footprint, putting itself at the forefront of productive energy management by supplying itself mainly with solar energy.

10,000 chargers for residential use

The agreement reached between the two companies in the field of fast recharging on public roads complements the purchases of up to 10,000 chargers made by Iberdrola from Wallbox in recent years for residential use; a segment in which the provider of electric vehicle charging technology solutions is one of the world leaders.

The Pulsar and Pulsar Plus units from Wallbox are part of the deployment of electric vehicle charging infrastructure being developed by Iberdrola, which involves installing 150,000 charge points by 2025, both on public roads and in companies and for individuals.

In line with its strategy of accelerating investment to drive the energy transition, Iberdrola has awarded contracts worth 50 million euros to 20 small and medium-sized companies in 11 autonomous regions in recent months to install charge points and fast, super-fast and ultra-fast charging solutions in Spain. These contracts will create jobs for 200 people.

Iberdrola is helping to raise the profile of the infrastructure installation industry and charge solutions for electric vehicles, acting as a driving force in the value chain in future sectors and contributing to the recovery of the economy and job market. The company also continues to promote sustainability criteria among its suppliers, as it has required environmental, social and governance (ESG) compliance levels from all of them.

Iberdrola continues to push its stance on transport electrification as part of its strategy for a decarbonised economy, as a key factor in reducing emissions and city pollution, as well as for a green recovery in the post-Covid world.

The company is deploying a sustainable mobility plan, with an investment of 150 million euros, with which it will intensify the deployment of charge points for electric vehicles in the coming years. The initiative entails installing approximately 150,000 charging points in homes, companies and on the public road network in cities, as well as on the main motorways over the coming years. The commitment to deploying high-efficiency charging points will include the company installing ultra-rapid (350 kW) charging points, super-rapid points (150 kW), and rapid (50 kW) points.

Iberdrola is aware of the need to boost electric mobility in Spain through coordinated, effective action involving the major players. In this regard, the company has already completed more than 50 infrastructure deployment agreements with administrations, institutions, companies, service stations, dealers and electric vehicle manufacturers.

It was the first Spanish company to sign up to The Climate Group's EV100 initiative, with the aim of accelerating the transition to electric vehicles, committing to electrify its entire fleet of vehicles and facilitate charging for staff in its businesses in Spain and the UK by 2030.

About IberdrolaIberdrola is a leading global energy supplier -the third-largest by market capitalisation in the world and the leader in renewables, championing the energy transition towards a low-emissions economy. The group supplies energy to around 100 million people in dozens of countries and has renewable, grid and commercial activities in Europe (Spain, the UK, Portugal, France, Germany, Italy and Greece), the US, Brazil, Mexico and Australia, while counting Japan, Ireland, Sweden and Poland among its growth market platforms.

With a workforce of more than 37,000 and assets of over €122 billion, it recorded turnover in excess of €33 billion and net profit slightly exceeding €3.61 billion in 2020. The company contributes to the maintenance of 400,000 jobs in its supply chain, with annual purchases of 14 billion euros. A leader in the fight against climate change, Iberdrola has committed more than €120 billion over the last two decades to building a sustainable energy model based on sound environmental, social and governance (ESG) principles.

About WallboxWallbox is a global company dedicated to changing the way energy is used in the electric vehicle industry. Wallbox creates intelligent charging systems that combine innovative technology with outstanding design and manage communication between the vehicle, the grid, the building and the charger.

Wallbox offers a complete portfolio of charging and energy management solutions for residential and semi-public use in more than 60 countries, and will soon start marketing public charging solutions as well.

Founded in 2015 and headquartered in Barcelona, Wallbox's mission is to facilitate the adoption of electric vehicles today to make more sustainable use of energy in the future. The company employs more than 500 people in Europe, Asia and the Americas. 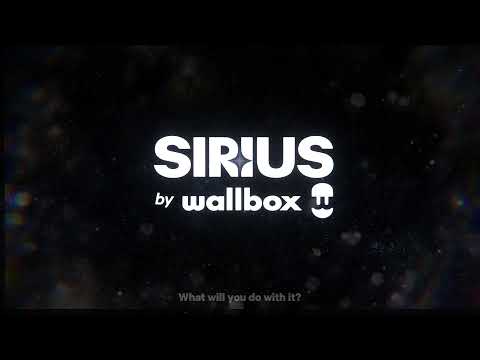