SAN FRANCISCO, April 27, 2018 /PRNewswire/ -- Two of Spain's emblems, Iberia and Olive Oils from Spain, work together to consolidate the positioning of the two most powerful sectors of the Spanish industry: tourism and agri-food. Each new route opened in the world by the airline brings a bit more Spanish liquid gold to consumers around the world. A product that has had a notable role in the presentation of the new Iberia route linking Madrid and San Francisco to informants and tourism professionals from the United States, Olive Oil from Spain has created a really innovative proposal, integrating this food into cocktails, deepening the inexhaustible versatility of the Spanish flagship product. 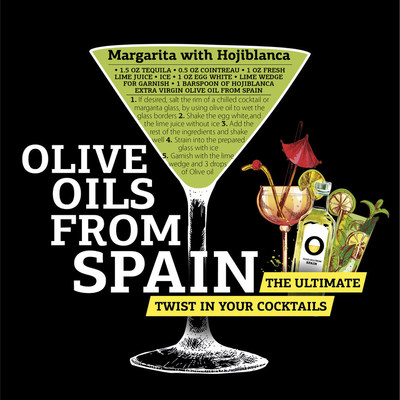 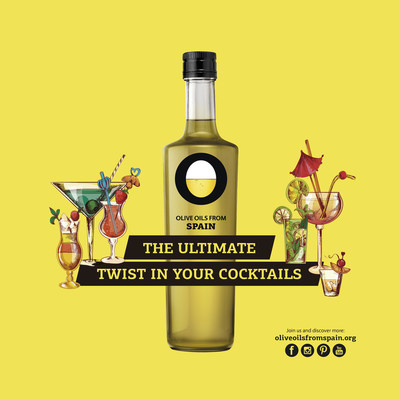 A millenary tradition in a 21st century cocktail bar

Olive Oils from Spain have been the most surprising ingredient of the evening. Its texture, aromas and flavors have not gone unnoticed for high end cocktails. The juices of the olive are known mainly for dressings and frying. With innovations like those presented in San Francisco, it opens the door to the disclosure of new applications for an extremely versatile product, ranging from pastries to cosmetics, to cocktails with and without alcohol, such as:

Olive Oils from Spain are the promotional brand of the Spanish Olive Oil Interprofesional, a non-profit organization, formed by all the representative entities of the sector in Spain. Its main objective is todisseminate information on the product, its uses and health properties throughout the world. The Interprofessional has been developing promotional campaigns for almost a decade to bring this super food to consumers in five continents. Among its priorities is the United States market, where Olive Oils from Spain are leaders, with exports in 2017 of 124,000 tons.

Iberia, for its part, has been proudly taking the image of Spain across the globe for more than 90 years, in the fuselage and interior of its aircraft. Throughout this time it has established itself as a symbol of Spain's leadership in quality, development and modernity,values that match perfectly with those of Olives from Spain. In 2016 and 2017 it was the most punctual airline in the world, according to FlightGlobal.