DETROIT, Feb. 10, 2017 /PRNewswire/ -- Mike Ilitch, founder of Little Caesars Pizza, owner of the Detroit Tigers and Detroit Red Wings, Chairman of Ilitch Holdings, and champion for Detroit, died today at a local hospital. He was 87. 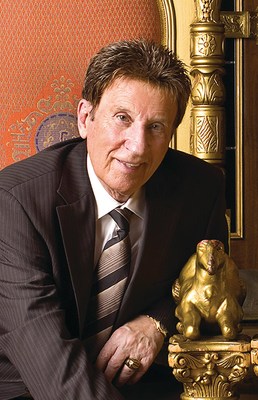 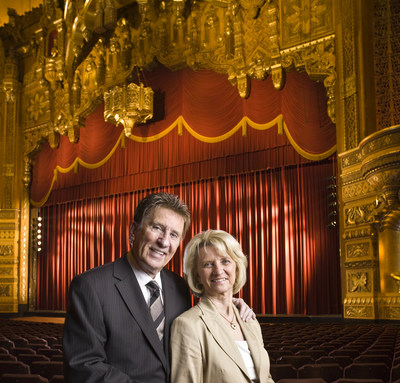 "My father was a once-in-a-generation entrepreneur, visionary and leader, setting the tone for our organization and our family," said Christopher Ilitch, President and CEO of Ilitch Holdings, Inc. "He made such a positive impact in the world of sports, in business and in the community, and we will remember him for his unwavering commitment to his employees, his passion for Detroit, his generosity to others and his devotion to his family and friends. Together my family and the company celebrate the tremendous man he was, and we will continue to work hard to uphold his remarkable legacy. I'm honored to have had the opportunity to work with him to nurture and grow our businesses, but mostly, I'm grateful to have called him my Dad."

Mike Ilitch's life is a remarkable American success story. He was born in Detroit, Michigan in 1929 to Macedonian immigrants Sotir Ilitch and Sultana Tasseff Ilitch who came to the United States in 1924.  He had one brother Peter who died in 2009.  Ilitch was educated in Detroit where he attended Clinton Elementary, Post Intermediate and Cooley High School, where he was an All-City athlete in baseball and track.

Upon graduation from high school in 1947, the Detroit Tigers offered him a minor league contract, but he decided instead to join the U.S. Marine Corps. Ilitch served from 1948-1952 at Parris Island, Quantico and Pearl Harbor. Ilitch took great pride in serving his country and credits the values and discipline he learned while serving keys to his success as a businessman and entrepreneur.

After discharge from the Marines, the Tigers again offered Ilitch a minor league contract; he played shortstop in the minor league system for four seasons (1952-1955) making it to AAA and hitting over .300, until a knee injury ended his baseball career. He later worked as a door-to-door salesman until he and his wife Marian saved enough money to open the first Little Caesars in Garden City, Michigan on May 8, 1959.

That single mom and pop pizza shop grew into the world's largest carryout pizza chain, with restaurants in 20 countries and territories throughout the world. Success in the pizza business enabled Ilitch to invest in other businesses in food, sports and entertainment. All businesses are headquartered in the Detroit metropolitan area and will continue to thrive under family ownership, led by President and CEO of Ilitch Holdings, Inc., Christopher Ilitch.

True to Mr. Ilitch's vision for a bustling downtown area, the Ilitch organization will continue its transformational District Detroit project under Christopher Ilitch's leadership, transforming dozens of blocks of largely vacant land in Downtown Detroit into a dynamic, vibrant area for everyone in the community to enjoy. The District Detroit will include office, retail and residential spaces, as well as the new Little Caesars Arena. The $1.2 billion project is expected to have a $2.1 billion total economic impact on Detroit, the region and Michigan.

Mr. Ilitch believed passionately in giving back to the community. Among his many contributions to others, Mr. Ilitch established the Little Caesars Love Kitchen in 1985. With two trucks on the road to serve those in need, these restaurants on wheels have served more than three million people. Additionally, inspired by the story of a veteran returning to civilian life, Ilitch founded the Little Caesars Veterans Program in 2006. This program provides honorably discharged veterans with financial incentives and other support to help them open a franchise with Little Caesars. Further, Ilitch established the Little Caesars Amateur Hockey Program in 1968, and it has provided opportunities for tens of thousands of youngsters to play the great game of hockey over the years.

Ilitch Charities and its affiliates, the Detroit Red Wings Foundation and the Detroit Tigers Foundation, have given more than $35 million in cash and in-kind contributions to deserving organizations across the community since 2005. Additionally, Mr. and Mrs. Ilitch have personally gifted nearly $50 million to Detroit's Wayne State University, $40 million of which was dedicated to establish the new Mike Ilitch School of Business, which will train and educate the next generation of the city's great entrepreneurs.

Ilitch has received numerous business, cultural, and philanthropic awards, including:

In his hometown of Detroit, Ilitch has been honored for his efforts in the community with the Joe Louis Brown Bomber Jacket Award, the Distinguished Martin Luther King Jr. Community Service Award, the Shining Light Regional Cooperation Award and the Edward H. McNamara Goodfellow of the Year Award.

A visionary, true leader, and dear friend, Mike Ilitch will be forever missed by everyone at the Ilitch companies.

MemorialsThe family will honor Mr. Ilitch at a private funeral service. An opportunity for members of the public to pay their respects is also being planned. Details will be announced as soon as they are finalized.

In lieu of flowers, the family asks that donations be made to: