SAN JOSE, Calif., Oct. 6, 2020 /PRNewswire/ -- In his second exclusive release with eBay, one of the world's most diverse and dynamic marketplaces, renowned street artist Buff Monster is releasing his first-ever set of jumbo Melty Misfits card packs, featuring 20 new characters and newly redrawn artwork and lettering on the boxes and wrappers. Beginning today at 10am PT, art collectors and fans can visit eBay.com/StayMelty to collect the Jumbos as full boxes (edition of 200) and loose packs (edition of around 200). 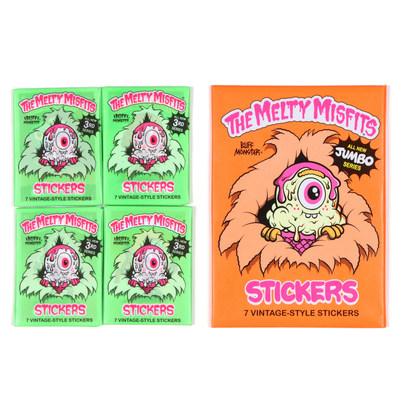 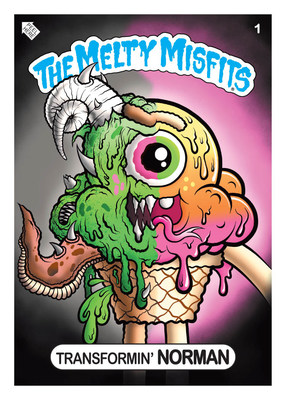 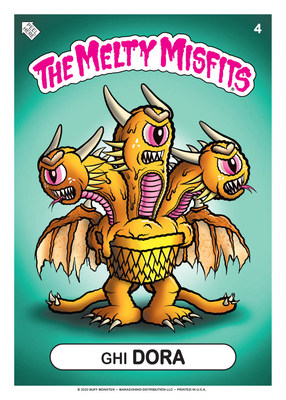 "My first eBay-exclusive release in August sold out super fast so the time is right for a new full series," said Buff Monster. "I take great pride in the quality and craftsmanship in everything I do, and this new series continues my commitment to deliver the best cards possible, and now they're bigger! The new size allows me to include signed and numbered silkscreen prints, for example, which just wouldn't really work at the usual trading card size."

"Buff is an innovator and master of his craft and we're confident our eBay community of collectors will appreciate the attention to detail, new characters and updated artwork this new release offers," said Nicole Colombo, a General Manager at eBay. "Our marketplace is the ideal platform for experimentation and new artistic formats because shoppers consider us a destination for those fresh releases, unique works and covetable pieces."

An Exclusive World of MisfitsBuff Monster's Melty Misfits trading cards originally debuted in April 2012 and over the years, the series has developed its own cult following. For this new release, Buff opted for his first-ever jumbo pack -- which he's been interested in pursuing for years -- and took advantage of New York's shelter-in-place order to create the intricate designs of the new characters earlier this year. Release highlights include:

eBay by the Numbers

About eBayeBay Inc (NASDAQ: EBAY) is a global commerce leader including the Marketplace and Classifieds platforms. Collectively, we connect millions of buyers and sellers around the world, empowering people and creating opportunity for all. Founded in 1995 in San Jose, California, eBay is one of the world's largest and most vibrant marketplaces for discovering great value and unique selection. For more information about the company and its global portfolio of online brands, visit www.ebayinc.com.

About Buff MonsterBuff Monster is a New York City street artist who uses bright colors, bold lines and funny characters to make the world a better place. He names heavy metal music, ice cream, pop art, Japanese culture and graffiti as major influences. For over 20 years, he has painted murals around the world and is included in Banksy's Oscar-nominated documentary "Exit Through the Gift Shop." His meticulously-executed paintings have been shown in galleries around the world; the Bristol City Museum has a painting in their permanent collection. He's worked with some of the most recognizable brands, such as Disney, Hello Kitty, Samsung, Nike and Coca-Cola. In 2020, he did the lettering for Justin Bieber's latest album, "Changes." Under the Stay Melty brand, he releases a variety of limited-edition collectibles, including toys, prints, stickers and trading cards.

eBay Announces Expiration and Results of Tender Offer for Any and ...