LOS ANGELES, Feb. 14, 2019 /PRNewswire/ -- Up and coming indie Pop and RnB artist LEX releases her first single "Again in Love" featuring hip-hop artist JG today on Valentines Day. The singer, songwriter, and piano player has spent the last year honing in on the final details of her debut release. The Valentines day drop comes ahead of her debut EP "Pinky" set to release this Summer

The single and EP were written by LEX and produced by Bobby J. Frausto. "Again in Love" is now available on all digital platforms including iTunes, Amazon Music, and Spotify. 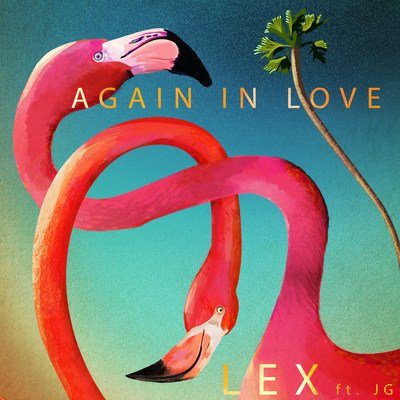 Growing up, LEX was immersed in a musical family, she played piano and wrote music with her father and brother. It was this early influence that led her to write music and create songs of her own, blending the sounds of her youth with her big vocals to create a unique style.

"It took a lot of hard work and dedication from within myself, as well as support from all the people around me to fully realize who I want to be, and what I have to show the world," says LEX. "This EP is a reflection of the fire and passion my collaborators and I plan to put forth into our creations."

LEX's musical debut marks the beginning of what's to come from an emerging talent. As a musician who has found confidence in her vocals and style, LEX's powerful sound also translates in her upcoming videos. With visuals on the horizon for her future single "LA Baby", LEX is focused on continuing to share her creative talent with the world.

About LEXLEX is a singer, lyricist, composer, and pianist currently living in Los Angeles, CA. She grew up in New York and attended the University of Buffalo, where she earned her Bachelor Degree in Psychology and Vocal Performance. From an early age she took piano classes, vocal lessons, and frequently starred in dramatic and musical performances. A former president of her Acapella troupe in buffalo, she is also trained in classical operative vocal performance.