SHENZHEN, China, Nov. 14, 2018 /PRNewswire/ -- The 12th China Cup International Regatta, sponsored for the first time by Infinitus (China) Company. Ltd., was held at Daya Bay, Shenzhen, between November 8 and 12, 2018. The Generations, a sailing team also sponsored by Infinitus (China) and established by a member of the Lee Kum Kee Family, won fourth place in the HKPN Division A. 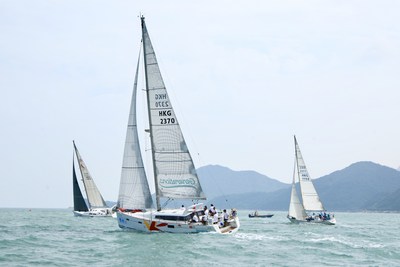 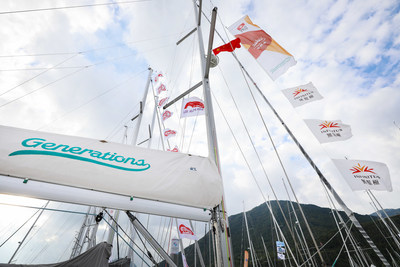 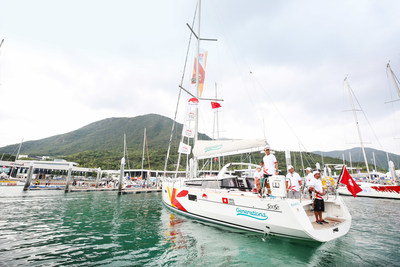 This year, more than 1,600 seasoned sailors representing some 200 teams from over 30 nations and regions competed in various classes, the most ever for this event. During the five-day competition, sailboats from seven racing divisions competed in four races. The Generations, skippered by Mr. Eddy Lee, a member of the fourth generation of the Lee Kum Kee Family, participated in eight sailing races, including windward/downwind, roundabout /endurance and long-distance.

Mr. Eddy Lee said that regatta is a positive, healthy, exhilarating sport where one is always challenging oneself, with numerous past masters and unpredictability. The Generations went ahead without any hesitation about the challenge despite the ocean's mighty waves and currents, demonstrating Lee Kum Kee and Infinitus' determination in keeping pace with the times and forging ahead in the competitive commercial environment. Participation in such a high-end sporting event was not only a great way to showcase the innovative and enterprising spirit of the brand, but reflective of the corporate spirit "Constant Entrepreneurship", with an emphasis on business sustainability.

Last year, the Generations, with Mr. Eddy Lee at the helm, placed well at the China Cup. This year, the Generations continued to ride the wind and waves and captured fourth place, serving as both an inspiration and impetus to always do better. The crew's performance at the event will encourage Lee Kum Kee and Infinitus to continue to forge ahead amid the fierce competition and adhere to the spirit of constant entrepreneurship, emphasized Mr. Eddy Lee.

About Infinitus (China) Company Ltd. (www.infinitus.com.cn) Infinitus (China) Company Ltd., founded in 1992 and headquartered in Guangzhou China, is a member of LKK Health Products Group. The Company focuses on R&D, production, sales and services of Chinese herbal health products. It has set up 30 branches and 30 service centers together with over 7,000 exclusive stores on the Chinese mainland.