NEW YORK, April 13, 2011 /PRNewswire/ -- As 2011 gains momentum, Americans are ready to reimagine their homes. HGTV is ready with a fun and entertaining programming lineup that includes 12 new titles and limited series that are geared toward wish-fulfillment makeovers and interactive opportunities for viewers. The network also will amp up its star power in 2011—signing more than 12 new designers and experts, including Thom Filicia, Robert and Cortney Novogratz, television personality Tanika Ray and Real Housewives of New Jersey's Dina Manzo, who will star in Dina's Party (w.t.), a new party-planning series premiering in September.

For those who have fantasized about HGTV coming to their home to give them a makeover, that dream is about to come true in the new series HGTV'd.  In each episode, HGTV will deploy some of its biggest stars, including David Bromstad, Vern Yip and Sabrina Soto, cross-country in a semi-trailer to award unsuspecting fans with awe-inspiring, once-in-a-lifetime surprise makeovers. The surprises will continue with Room Crashers, a series featuring designer Todd Davis, who will deliver instant room makeovers to fans he ambushes while they are shopping in furniture stores, retail stores or other home decor retailers.

In the new series Run My Makeover, armchair designers can create a space via HGTV.com.

The series will offer an interactive experience for viewers who watch the network and fantasize about being a designer. Host Alexi Panos and her design team will then recreate the space in a viewer's home. Run My Makeover will appeal to viewers who like the idea of someone else managing their room design from start to finish—regardless of the outcome.

Meanwhile, homeowners who want a license to create over-the-top backyards worthy of a theme park will get it with My Yard Goes Disney, as HGTV brings the magic of Disney Parks directly to their homes. New series House Hunters on Vacation and Selling LA also will join HGTV's programming lineup. Inspired by current viewer favorites House Hunters International and Selling New York, and joining the ever-popular HGTV Dream Home, HGTV Green Home and HGTV Urban Oasis specials, both series will shine a spotlight on fantasy homes and dream lifestyles.

HGTV is building and giving away another eco-friendly home in 2011, this time in the Stapleton community of Denver, Colorado. Get an up-close look at this LEED certified green masterpiece in an hour-long HGTV special hosted by Jamie Durie of The Outdoor Room and green designer Sabrina Soto.

HGTV's Hollywood at Home will offer an intimate look inside the homes of some of the entertainment industry's most intriguing stars. During the one-hour special, actor John Leguizamo will offer a personal guided tour of his New York City brownstone, country music star Trace Adkins will showcase his secluded retreat in Nashville and viewers will follow journalist and actress Lisa Ling as she builds an eco-friendly home from the ground up.

Former HGTV Design Star finalist, Todd Davis will search stores across America for weekend warriors who can use some design help. If the homeowners are willing, our HGTV team will follow the surprised shoppers home and completely transform their dull rooms into stunning retreats.

HGTV and Disney Parks join forces to surprise lucky homeowners with a backyard makeover they never thought possible. Whether it's a magical Mickey Pool, a topiary shaped like the family dog or a tree house inspired by Pirates of the Caribbean, this half-hour series brings the fun and spirit of Disney Parks home.

In each episode of HGTV's House Hunters on Vacation, host Taniya Nayak will send one lucky family on the voyage of a lifetime to visit the exotic destination of their dreams. The family will tour three fabulous homes and decide which one they want to stay in for a week.

For everyone who has ever fantasized about HGTV showing up in an 18-wheeler, knocking on their door and telling them they're getting a home makeover, that dream is about to come true in the network's new series, HGTV'd, hosted by Tanika Ray. Fans who uploaded room photos and videos to HGTV.com could be selected for an awe-inspiring, once-in-a-lifetime surprise makeover by one of the network's popular interior designers.

HGTV's top-rated reality competition, HGTV Design Star, returns for a dynamic sixth season. The one-hour series features 12 competitive and creative finalists executing ingenious designs, as well as an illustrious judging panel of acclaimed HGTV interior designers (Genevieve Gorder, Candice Olson and Vern Yip) and special celebrity guests.  The finalists, who include professional interior designers, contractors, stylists and artists, must navigate innovative design challenges and dazzle the judges with creativity and ingenuity until one wins their own show on HGTV.

Robert and Cortney Novogratz, the husband and wife design team who juggle seven children and dozens of clients, believe that good taste doesn't require deep pockets. In each episode of HGTV's Home By Novogratz, Robert and Cortney will take on a new design project and create wildly original spaces that showcase their funky, downtown-chic aesthetic, unpretentious design sensibility and their self-taught style. Each week, the Novogratzes will learn on the job, pull together an eclectic mix of shopping finds and then present their client with a spectacular custom room that surpasses every expectation.

HGTV viewers who daydream about being a designer will now have their chance to call the shots in the network's new interactive series, Run My Makeover.  HGTV.com users can view photos and videos of a homeowner's room and then decide which design elements, such as lighting, flooring and paint colors, will be installed. When the votes are tallied, host Alexi Panos, her design team and the homeowner will then incorporate the winning selections into the space—regardless of the outcome.

HGTV will showcase the second annual giveaway that breaks free from the countryside and gives one lucky viewer the chance to win a contemporary urban loft in a metropolitan city and the fabulous lifestyle that goes along with it.  Vern Yip again works his magic as interior designer and host of HGTV Urban Oasis 2011.

Dina Manzo, the interior designer and special events planner who first captured America's imagination in Real Housewives of New Jersey, will bring her lavish and sumptuous events to HGTV in a new weekly party-planning series. During each episode, Dina and the staff of her event company Design Affairs will create magnificent events in their clients' homes. Whether it's a posh baby shower, an over-the-top fantasy wedding or a grand graduation party, Dina will transform any space into something breathtakingly beautiful and unique.  With her extraordinary talents, Dina will make every occasion a perfect celebration for the important moments in a family's life.

HGTV's All American Handyman will challenge 20 contestants from across the country to don their tool belts, rev up their drills and go head-to-head to find out who is the nation's best non-professional handyman. The contestants will do their best to impress three experts—HGTV's Mike Holmes (Holmes on Holmes), Scott McGillivray (Income Property) and a weekly special guest judge—to win the coveted title of All American Handyman, a $10,000 Sears prize package and a show development deal with HGTV.

In HGTV's The High Low Project, host and designer Sabrina Soto proves that room design can look luxurious without a steep price tag. First, Sabrina will create the homeowners' dream room complete with exquisite furniture, wall coverings and window treatments. Then, item by item, she will replace the high-end items with budget-friendly finds to replicate the luxury look. In the end, the last item is swapped out and the family discovers they can live in luxury and love it without breaking the bank.

From Beverly Hills to the Sunset Strip, Los Angeles is a place where the rich and famous live large and everyone has a dream. For area real estate brokers, landing a client and closing a deal can be as competitive and unpredictable as any casting call. Follow three real estate firms as they build up their roster of millionaire clients, tour spectacular properties and network their way through the competitive world of SoCal's multi-million dollar real estate.

This one-hour special will offer the first look at the new HGTV Dream Home 2012—and this year it's in another dreamy location. Best of all, HGTV will be giving away the home and everything in it as part of our 16th HGTV Dream Home grand prize package.

HGTV, America's leader in home and lifestyle programming, is distributed to more than 99 million U.S. households and is one of cable's top-rated networks.  HGTV's website, HGTV.com, is the nation's leading online home-and-garden destination, which attracts an average of more than 5 million unique visitors per month. 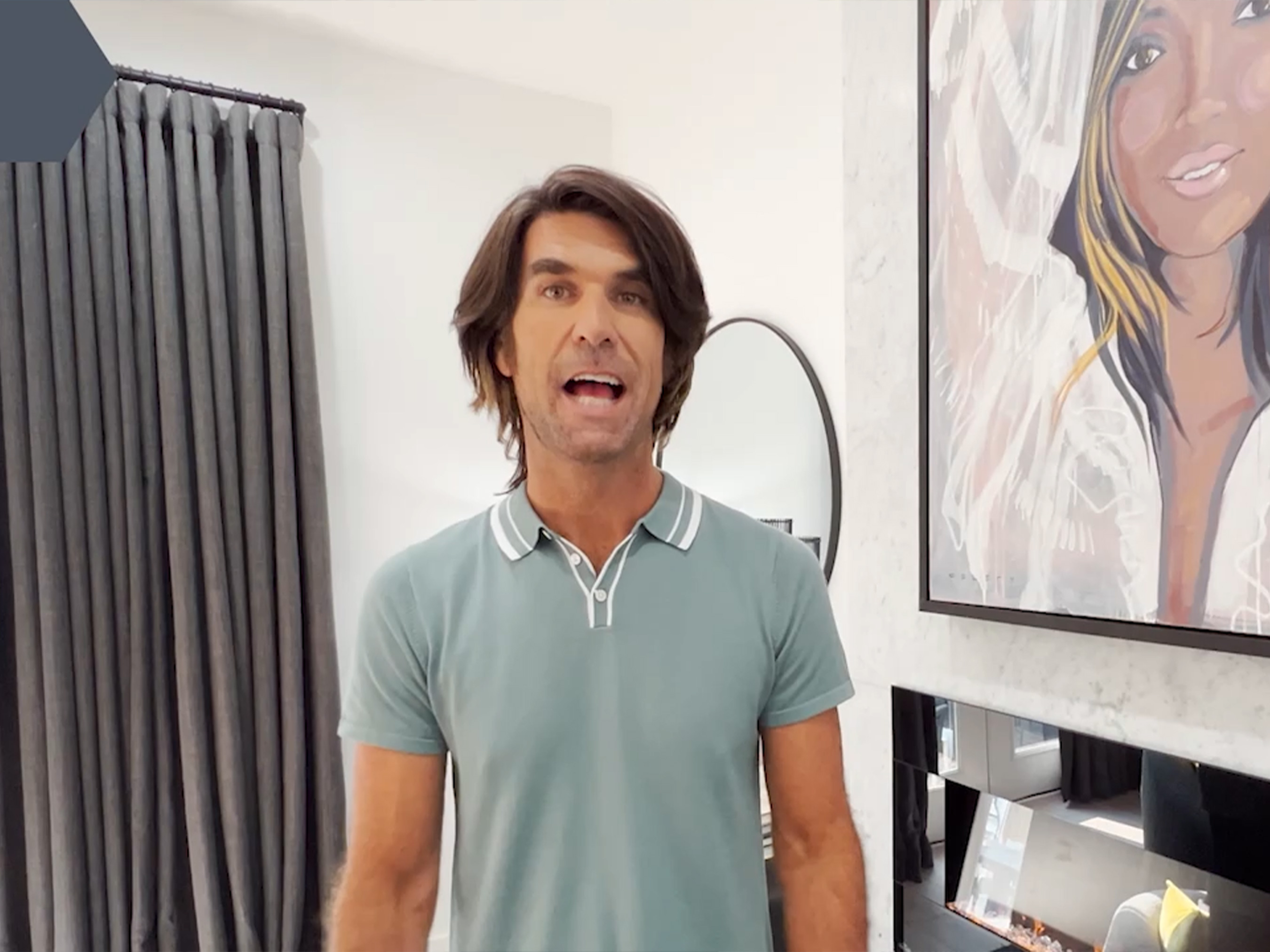 HGTV OPENS THE DOORS TO THE HGTV URBAN OASIS 2022 IN NASHVILLE,...