NEW YORK, May 13, 2020 /PRNewswire/ -- Grammy nominated, multi-Platinum recording artist, Post Malone, announces his latest creation, Maison No. 9, a new French rosé created and developed in partnership with friend and entrepreneur James Morrissey of Global Brand Equities, and Dre London, long-time music manager and Founder of London Entertainment. A thoughtful collaboration designed to break down the traditional perceptions around wine and its barriers for consumers, Maison No. 9 is a light, high-quality, accessible rosé from Provence, France, that will be available online and in stores this June with exclusive distribution and sales support from E. & J. Gallo Winery. 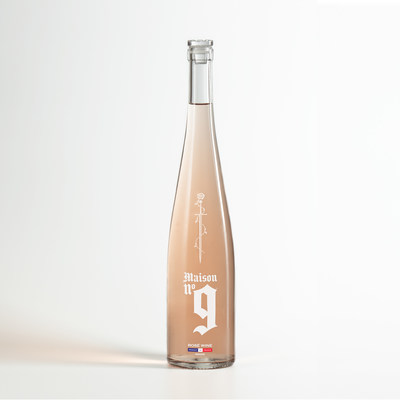 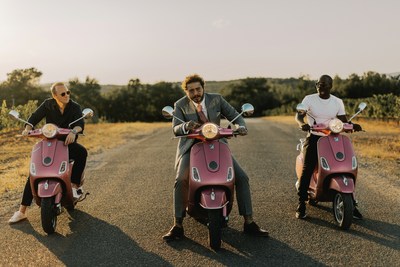 Maison No. 9 was born from an idea to bring together a best-in-class winery with Post Malone's love of the Mediterranean lifestyle and rosé. Morrissey, an Irish-born entrepreneur, introduced Post and Dre to the opportunity first over stories at dinner in Los Angeles, followed by a visit to the vineyard in Provence just days later. Deep rooted knowledge of the entertainment industry, along with a shared hustle mentality and love of wine, gave the business partners confidence that the venture would succeed.

"Rosé is for when you want to get a little fancy," says founder Post Malone. "It's a nice switch up and I have been thinking about doing my own wine for a while. It was great to work with Global Brand Equities because they saw the vision and we got to do some super cool stuff. Maison No. 9 goes down smooth, and you're all going to love it!"

Working closely with winemaker Alexis Cornu, winner of fifteen gold medals and seven 90+ point rosé wines, the founders spent much of 2019 – in-between Post's sold-out tour dates – traveling frequently to the winery. They tried many grape varietals and sampled over fifty blends until they developed a new blend of premium rosé that they were happy with.

"When the three of us decided to do this, we made it a priority to make something special. Even with hectic travel schedules, we make time to visit the winery frequently as it's more than just a brand to us - it's a lifestyle. We set out to bring the best French rosé to the modern consumer, with a brand that speaks their language," states Morrissey, whose company, Global Brand Equities, creates premium wine and spirits brands in partnership with some of the world's best recognized talent.

Maison No. 9 is a 2019 Méditerranée IGP, 45% Grenache Noir, 25% Cinsault, 15% Syrah, and 15% Merlot, easily identifiable by its soft, light "Provencal Pink" color that shines through the sleek, slender, sustainable all-glass packaging. Intense and inviting aromas of freshly picked fruit, such as ripe pineapple, pear and strawberry, meet hints of sweet French desserts once uncorked. The clean, dry, crisp finish is balanced and round with a texture that is mouthwatering and savory, perfect for drinking on its own or with a variety of dishes.

The name Maison No. 9 was inspired by Post's favorite tarot card, the Nine of Swords, and represents overcoming the daily challenges we all face. The positive message is reflected in the bottle, and no detail was spared in the creative process to ensure the vision for Maison No. 9 came to life precisely as the trio intended. The wine lives in a taller, sleeker extra flint bottle featuring an elongated neck, designed for an easy holding experience while socializing and with a glass in the other hand. Post had an instant vision to create a solid glass custom closure for the bottle with "battlements" inspired by a medieval castle near the vineyard. Following months of intensive prototypes, a fully sustainable glass closure with the signature No. 9 was created to encourage re-use of the bottle.

"We have opportunities to create a lot of new projects with Post, and we are highly selective about what we invest our time and energy into. It has to be something we are really passionate about. With Maison No. 9, we knew immediately that it was the right fit. Between the people, the project and the product, the vision was there to create something authentic on the French Riviera that Post truly loves," says Dre London.

Maison No. 9 will be available online and in stores nationwide in June, exclusively distributed by E. & J. Gallo Winery. Gallo provides a world-class network of distributors, and sales expertise for one of the most diverse portfolios of wine and spirits ranging from category leaders to boutique luxury bottlings. Maison No. 9 will be available in three sizes: 750mL, 1.5mL and 3L, with suggested retail pricing of $21.99, $44.99, and $89.99.

A special pre-sale of the bottle, in addition to Maison No. 9 limited edition merchandise, will be available online before launch. Sign up to be the first to know when the pre-sale is live at www.maison9wine.com.  Follow @Maison9wine on Instagram, Twitter and Facebook.

ABOUT POST MALONEA diamond-certified GRAMMY® Award-nominated phenomenon, Dallas, TX artist Post Malone regularly rewrites history, blurs boundaries, and incites internet-breaking conversation with every move. Emerging in 2015 with a genre-less brew that inspired a movement, he the diamond-selling "Congratulations" [feat. Quavo], achieved back-to-back #1 debuts on the Billboard Top 200, received countless multi-Platinum certifications around the world, and smashed one record after another with his Hot 100-topping hits. His 2019 third full-length, Hollywood's Bleeding [Republic Records], represented an audience and critical high watermark. Not only did it arrive at Platinum status, but it also reigned at #1 on the Billboard Top 200 for four weeks and returned to the chart for a fifth week, making for the longest run atop the chart of 2019 and the first release to do so in over a year. It followed the immense success of the triple-Platinum beerbongs & Bentleys, which also landed at #1 a year prior. In the wake of beerbongs & bentleys, Post crushed a record in place for 54 years. He charted nine songs in the Top 20 of the Hot 100, notching "the most songs in the Top 20 of the Hot 100 ever." Moreover, he also trounced the record for most simultaneous Top 40 Hot 100 hits with 14.

As of 2019, his catalog comprises the GRAMMY® Award-nominated "rockstar" [feat. 21 Savage" (9x-platinum), "Sunflower (Spider-Man: Into The Spider-Verse)" [feat. Swae Lee] (9x-platinum), "I Fall Apart" (5x-platinum), "Psycho" [feat. Ty Dolla $ign] (5x-platinum), "White Iverson" (5x-platinum), "Better Now" (4x-platinum), and more. Not to mention, he sold out numerous arena tours and launched his own mega-popular Posty Fest in its second successful year in 2019. It all started with his triple-platinum influential 2016 debut, Stoney. With records under his belt that will likely never be surpassed and a generation of artists and audiences worldwide under his spell, Post Malone simply doesn't stop.

ABOUT GLOBAL BRAND EQUITIESGlobal Brand Equities (GBE) produces, owns and operates consumer brands in the spirits industry. Founded by James Morrissey, an Irish-born entrepreneur responsible for creating some of the best-known nightlife and hospitality venues in New York, GBE creates and owns brands in partnership with the world's most talented artists and entertainers.

ABOUT DRE LONDONDre London, born in London, moved to America with a vision of living the American dream. He started his career in London with an artist from the UK that he believed he could break in the United States. 2008 was the official start to Dre's career, when he moved to New York City and started to network heavily. He met various executives, producers and artists like French Montana, Jadakiss, Max B and more.

Dre has yet to look back, where he has been instrumental in the success of Post Malone's career since day one. Post has since gone on to have gold, platinum, and diamond success for his singles and albums, and all three albums have gone on to multi-platinum certifications.  They have also elevated Post's live performances from 200-cap venues to multiple sold-out arena tours.

In 2013, Dre founded London Entertainment to be a collective of creative talent - songwriters, producers, graphic artists, editors, photographers, videographers, creative directors, digital content creators and marketers, a group of individuals with a common goal that specialize in the millennial audience.