Kids Can Now Create, Customize, and Code their Own Super Powers 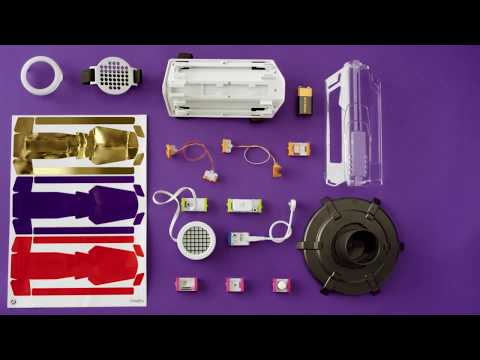 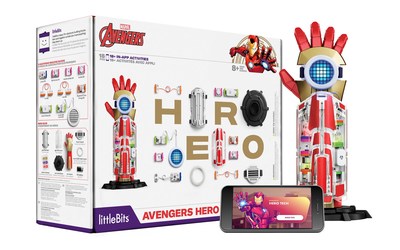 "It's important to us to provide kids with varied experiences and inclusive role models," said Paul Gitter, SVP Licensing, Marvel Entertainment. "littleBits' Avengers Hero Inventor Kit enables kids of any age, gender, and technical background to find super powers that appeal to them, embrace these skills, and invent their own. This rich and fun experience allows kids to 'be more' by allowing them to learn and challenge themselves."

"From creating circuits to introducing super powers like stealth mode, rainbow control, power boost, and more, the Avengers Hero Inventor Kit teaches kids about STEAM in a fun, accessible way," said Ayah Bdeir, founder and CEO of littleBits. "We're thrilled to extend our relationship with Disney to now work with the amazing team at Marvel to give kids the skills -- and the confidence -- to change the world."

About littleBitslittleBits is the New York-based education startup that invented the electronic building block. These magnetic "Bits" snap together to turn ideas into inventions, transforming the way kids learn so they can grow up to be tomorrow's changemakers -- no matter their age, gender, race, nationality, or ability. Up to 40 percent of the kids using littleBits kits are girls, which is four times the industry average.

littleBits was founded in September 2011 by Ayah Bdeir, an engineer and interactive artist. An alumna of the MIT Media Lab, Ayah's TED talk: "Building Blocks that Blink, Beep and Teach" about littleBits has garnered more than one million views. littleBits, itself, has won more than 150 awards in tech, education, and toys -- including The Toy Association's 2018 Creative Toy of the Year, Common Sense Education's "2018 Top Pick for Learning," CNN's "Top 10 Startups to Watch," and one of CNBC's "Next List." A STEAM leader at home and in the classroom, littleBits has sold millions of kits in over 70 countries.

About Marvel EntertainmentMarvel Entertainment, LLC, a wholly-owned subsidiary of The Walt Disney Company, is one of the world's most prominent character-based entertainment companies, built on a proven library of more than 8,000 characters featured in a variety of media over seventy-five years.  Marvel utilizes its character franchises in entertainment, licensing and publishing. For more information visit marvel.com.