SAN FRANCISCO, Jan. 9, 2017 /PRNewswire/ -- Invitae Corporation (NYSE: NVTA), one of the fastest growing genetic information companies, today announced that Sean George, Ph.D., its co-founder and current president and chief operating officer, has been named chief executive officer for the company. Current chairman and chief executive officer Randy Scott will become executive chairman of the board of directors and remain full time at the company. The appointments are effective immediately. 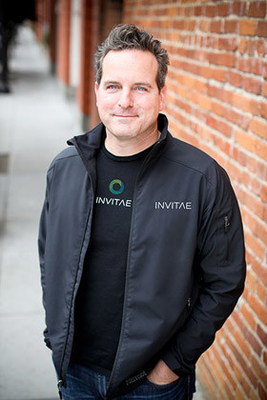 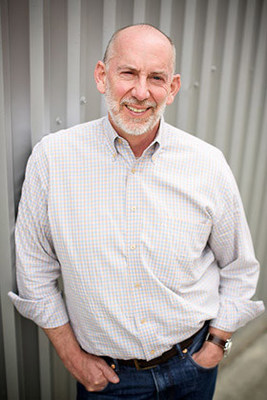 "Sean and I share a common vision for how to bring genetic testing into mainstream medical practice and a passion for transforming healthcare for people around the world. Sean has been a relentless force behind our progress toward that goal, and we're looking forward to working together in our new roles as Invitae accelerates the growth of genetic testing world-wide," said Randy Scott, executive chairman of Invitae. "Personally, I'm excited to shift my full time focus to working with our team to help build our long term strategy for the Invitae Genome Network and our move into the new era of genome management. The board and I are confident that Sean's outstanding leadership and deep knowledge of genetics will help propel the organization forward in our goal to become a global leader in genetics."

Dr. George was a co-founder and CEO of Locus Development, an early stage genetic analysis startup, that changed its name to Invitae in 2012 when it combined with a team from the Invitae subsidiary of Genomic Health led by Dr. Scott. Prior to that, he served as chief operating officer at Navigenics, one of the early personal genomics companies, as well as in various leadership roles at Affymetrix and Invitrogen. Dr. George has a B.S. in Molecular Genetics from UCLA, an M.S. in Molecular Biology from UC Santa Barbara, and a Ph.D. in Molecular Genetics from UC Santa Cruz.

"It's an exciting time in our industry, especially for Invitae, and I speak for everyone on the team in thanking Randy for his visionary leadership. Randy has an established track record as a cutting edge thought leader in genetics and personalized medicine, and someone whose continued counsel will remain essential as we expand into the next phase of our business," said Sean George, chief executive officer of Invitae. "Thanks to Randy and everyone at Invitae, our company is no longer a concept story but rather one of the fastest-growing companies in genetics on the path to becoming a leader in the newly developing genomics markets. I am honored to lead our team as we relentlessly pursue the promise of genetic medicine as a reality for millions of patients."

Last week, Invitae announced that it met its annual volume guidance and grew volume by 200%, generated positive gross margins, is projecting doubling of volume in 2017, and is accelerating the InvitaeGenome Network by acquiring AltaVoice, a scalable patient-centered data company.

Upcoming investor events Invitae will be presenting at the 35th Annual JP Morgan Healthcare Conference on Wednesday, January 11, 2017, at 2:30 p.m. Pacific at The Westin St. Francis in San Francisco. A live, listen-only webcast of the presentation and breakout session can be accessed by visiting the events section of Invitae's website at ir.invitae.com.

Invitae will report its full financial results and other metrics during its fourth quarter and year-end 2016 conference call in February.

About Invitae Invitae Corporation's (NYSE: NVTA) mission is to bring comprehensive genetic information into mainstream medical practice to improve the quality of healthcare for billions of people. Invitae's goal is to aggregate most of the world's genetic tests into a single service with higher quality, faster turnaround time, and lower price than many single-gene and panel tests today. The company currently provides a diagnostic service comprising hundreds of genes for a variety of genetic disorders associated with oncology, cardiology, neurology, pediatrics, and other rare disease areas. Additionally, the company has created a Genome Network to connect patients, clinicians, advocacy organizations, researchers, and drug developers to accelerate the understanding, diagnosis, and treatment of hereditary disease. For more information, visit our website at invitae.com.

NOTE: Invitae and the Invitae logo are trademarks of Invitae Corporation. All other trademarks and service marks are the property of their respective owners.