BEIJING, May 14, 2021 /PRNewswire/ -- iQIYI, Inc. (NASDAQ:IQ) ("iQIYI" or 'the Company'), an innovative market-leading online entertainment service in China, held its 2021 iQIYI World Conference ('the Conference'), themed "We are Together Witnessing the Brand New Future," in Shanghai on May 13 and 14. The Conference featured 17 forums that were attended by industry professionals, scholars and iQIYI partners from around the world. Attendees at the event exchanged their views on the most important trends in the industry, covering hot topics such as content, technology, the membership economy, the IP ecosystem, and new modes of consumption. 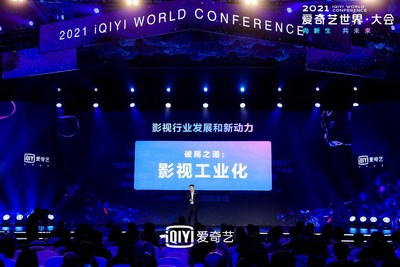 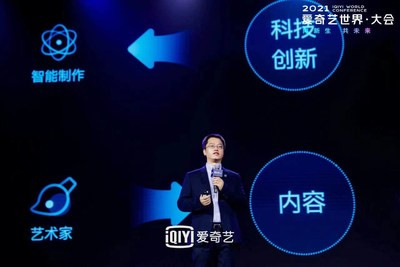 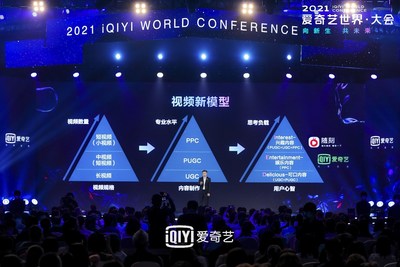 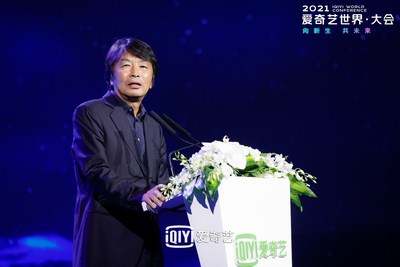 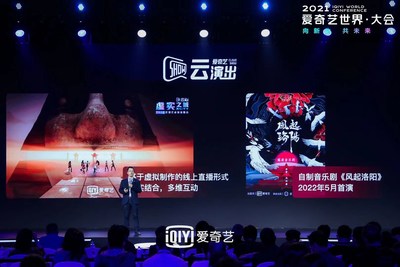 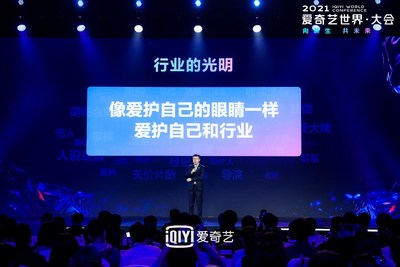 Reimagining the video model, and prioritizing users by paying tribute to content creators

Videos are generally classified by length or creator attributes, Gong Yu, Founder and CEO of iQIYI, brought attention to new thoughts on videos' categorization at the opening ceremony of the World Conference. He said that different types of video consumption require different "mental workloads" from viewers. For example, viewers may watch 'delicious content' to kill time, entertaining content to experience deep emotional connections or content to meet constantly robust the core competitiveness in interest-based and entertainment content.

As the consumption of entertaining and interest-based content is driven by customers' attention, consumers' expectation for high quality creative outcomes from creators has increased. Gong Yu noted that iQIYI always understands and respects artists. Only with artists, can the company create high-quality work.

In his speech titled "It's about you", renowned writer, and recipient of Mao Dun Literature Prize and The Ordre des Arts et des Lettres (Order of Arts and Letters)  Liu Zhenyun emphasized the importance of technology innovation for content creators. As the writer noted, the core of art creation is innovation, without which there will be no future. Innovation is crucial to creators.

Promoting industrialization through Intelligent Production and Creation of New ContentAs a key step in the industrialization process, intelligent production has become a new driver in the  improvement of content creating quality. Through the IP valuation system, intelligent casting system and co-reviewer platform, iQIYI can standardize the whole process of film production - from project approval to product launch - via intelligent R&D, production, labelling, and distribution.

At this year's opening ceremony, Gong noted that users' pursuit of the high quality and tailored content has become the new focus for the film and television industry. The industry has entered a stage of refinement following a period of extensive growth. As delivering his keynote speech at the World Conference, Gong Yu noted: "The industrialization of film and television has always been the central theme, but it is still an innovative term that needs to be reintroduced at this time because of the development of technology such as 5G, AI and cloud computing. Technological innovation will support the reformation of industry rules."

In addition to giving creators greater creative freedom, intelligent production also generates the "new content" of this era. In early 2021, at the "iQIYI Shout out for Love Gala 2021", a multi-screen interactive live-streaming super night, 90% of users experienced the multi-screen interactive mode, with each user switching among four sub-screens 29 times on average, fully demonstrating the strong demand for user-content interaction and user-user interaction.

In March 2021, iQIYI held its extended reality (XR) concert featuring THE9, a Chinese girl group formed by the top nine members of season two of iQIYI's hit idol talent show Youth with You. The concert on cinematic class LED stage with photorealistic virtual production, titled "X-City", was an audio-visual feast with world-class stage art design, visual effects, and viewing formats. The stage performance deployed XR technology throughout the whole show, allowing users to use features such as virtual seating, virtual avatars, invitations for attendees to get "on stage" and virtual glowsticks, which all contributed to a highly interactive and immersive experience which enhanced the bond between the idols and their fans.

Liu Wenfeng, Chief Technology Officer and President of Infrastructure and Intelligent Content Distribution Business Group (IIG) of iQIYI said at the Conference that iQIYI is building a new bridge of communication between creators and users through technological innovation and content innovation.

On the creator side, based on its technological capabilities in 5G, AI and cloud computing, the company has launched the Production Business Intelligence System (PBIS), Intelligent Integrated Production System (IIPS), and Intelligent Production Tool System (IPTS). These smart tools cover the whole process of film production - from project review, project approval, project production to process management and shooting, helping ensure the quality control of content production and efficiency management.

On the audience side,  iQIYI also announced to roll out a series of cloud services, including cloud performances and cloud theaters, aiming to provide users with enhanced experiences through a variety of technical means.

At the Conference, iQIYI also unveiled the "iQIYI Dongyang Creative Cultural and Entertainment Complex", an initiative to further promote the ecological construction of its entertainment ecosystem that is currently under planning and construction.

The Complex will include facilities including a production center, film and television institute, cast and production staff service center, accommodations, theaters, a convention and exhibition center, VR immersion center, IP theme center, shopping mall and so on.

Calling for industry regulations to reconstruct a healthy ecosystem

In addition to providing strong technology support, building a healthy and orderly environment is widely recognized by the industry as an external guarantee for the sustainable development of the film and television industry.

At the opening ceremony, Gong Yu urged all his peers to love the industry and pay tribute to artists, thus creating a positive and robust industry environment. Going forward, iQIYI will strive to create win-win opportunities through continuous optimization and innovative concepts, technologies, and products, partnering with the best and brightest in the industry.