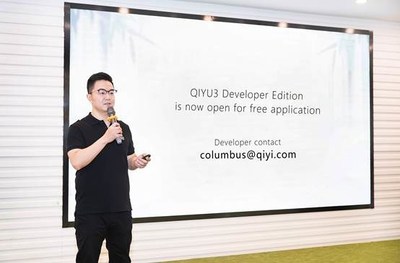 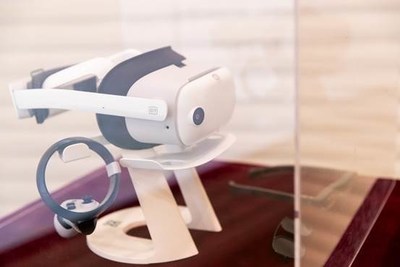 "Looking ahead, we will increase our investment in proprietary technological innovation and keep investing in the content ecosystem to help China's VR technology usher in the next generation of computing platforms," said Xiong Wen, CEO of iQIYI Intelligent, the company's VR subsidiary.

In order to support the creation of a high-quality VR game content ecosystem, the Company is launching "Columbus", a global VR game developer recruitment program.

Through Columbus, iQIYI will partner with global developers from three key aspects: content procurement, studio contracting, and strategic partnerships. From today, iQIYI is calling on developers worldwide to apply for a free prototype of the developer version of Qiyu 3 so they can play a part in the establishment of the iQIYI's VR gaming ecosystem.

As the first piece of hardware for the Company's premium VR gaming ecosystem, Qiyu 3 will revolutionise next-generation gaming experiences. The headset's core configuration and features include:

In 2020, Qiyu VR became the top VR vendor in terms of both sales volume and amount during the 6.18 and Double 11 shopping festivals on China's mainstream e-commerce platform JD.com.

The Company also announced earler that iQIYI Smart has recently completed a multi-hundred million RMB Series B funding round, led by Yitang Changhou Fund and Fresh Capital, setting the record for the largest single round of funding in China's VR industry in 2020.

If you have an interest in the Global Developer Recruitment Program, please contact us via [email protected]com.