BEIJING, Feb. 16, 2020 /PRNewswire/ -- The Great Ruler, an original fantasy drama (the "Drama") currently being released by iQIYI, Inc. (NASDAQ: IQ) ("iQIYI" or the "Company"), an innovative market-leading online entertainment service in China, has achieved domestic and international acclaim following its premiere on January 30, adding to the string of success achieved by its comic and animation counterparts. 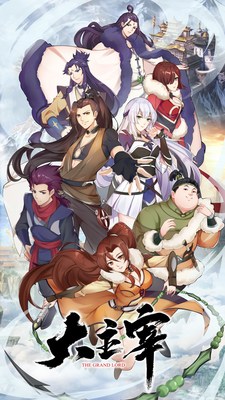 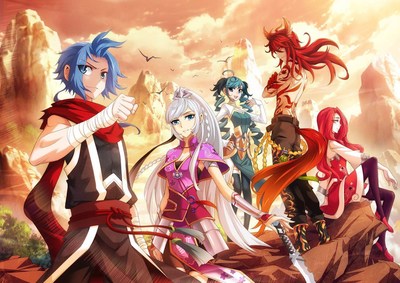 The Drama has performed exceedingly well in overseas markets as it made the Top 10 Weekly Broadcast Lists of the iQIYI App in Malaysia, Thailand, Vietnam, Philippines and Indonesia one week after its release, ranking number one on the Malaysia and Thailand Weekly Broadcast Lists 5 days after its release. Through iQIYI's localized strategy in Malaysia, and its partnership with Astro, the country's leading media brand, the Drama is being broadcasted on Astro's TV channel during prime time. It has been well received with positive feedback from overseas audiences for the use of CGI, visual effects and attention to details.

In terms of domestic performance, the Drama achieved a content popularity index of 8,000 sixteen hours after its premiere and so far, hashtags related to the show have appeared on Weibo's trending topics list. Posts made under such hashtags have achieved a total of 7 billion views.

Adapted from the popular online novel of the same name (the "Novel"), The Great Ruler follows Mu Chen, a young man's journey to becoming a hero as he eliminates evil and discovers friendship and love on the way. The Novel itself has developed a substantial fanbase as it has regularly topped Baidu's online novel rankings since its publication. Recognizing the Novel's IP value, iQIYI has created IP-based franchise around it by adapting it into an original drama series, a comic series and an animation series.

Since its release on February 1, the comic adaptation of The Great Ruler has remained number one on the iQIYI Comic App's New Work Ranking and the App's Top 3 Best Selling Ranking. The release and positive reception of the Drama and comic has in turn helped revive the popularity of iQIYI's animation adaption of the Novel, having it increase 50% in popularity by achieving a content popularity index of 4,996. The animation topped as number one on iQIYI's Trending Animation Ranking.

iQIYI is committed to the development of its IP supply chain as it seeks to maximize the monetization value of IP-based works through its capabilities in animation, comics, online drama series, gaming and other spin-off channels. So far, iQIYI has utilized its platform and strengths in creativity and IP-incubation to create IP-based works including Once Upon A Time in Lingjian Mountain and Sword Dynasty. Going forward, iQIYI will continue releasing more IP-based works to help unleash the full potential of creative IPs and simultaneously advance the development of different entertainment formats such as comics, online drama series and online films.