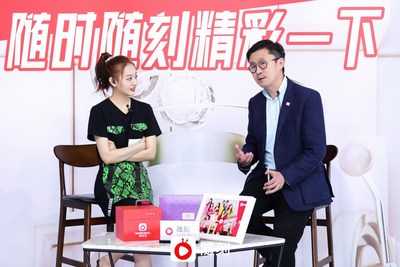 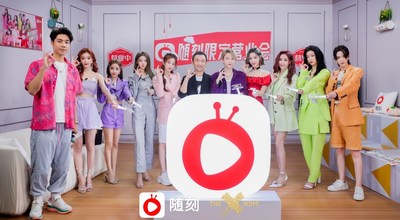 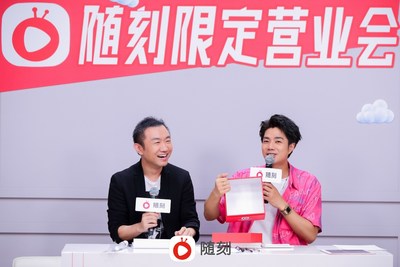 "Suike has an abundant and diversified selection of content that range from less than a minute to a few minutes or even a few hours in length. Suike is a platform where users can easily create and share videos with a large user community without having to be constrained by the need to meet professional production standards," said Dr. Gong during the event.

"In the past ten years, iQIYI has successfully created an "iQIYI" brand that covers long-form content for  categories such as drama series, films, variety shows, documentaries, animation and children-friendly content. However, compared to a lot of other countries and regions, China's short-form video market is still in its infancy. We wish that through Suike we can use technological features such as AI and algorithms to help build a platform where non-professionals or small to mid-tier production teams can create and share quality video content to audience groups most suited to them anytime, anywhere."

THE9 to serve as endorsers for Suike

SVP Ge Hong announced at the event that THE9 will serve as Suike's brand endorsers as the positive, confident, young idol group perfectly matches Suike's youthful and exciting platform image. As endorsers, THE9 will share videos on the app and interact with users and fans via the platform. At the event, Ge Hong joined THE9 to launch the app's new logo and the brand's television commercial (TVC).

During the live streaming of the event, THE9 engaged with Suike content creators in online content creation sessions that focused on films and dramas, cosmetics and gourmet food, generating lively discussions among the app's users. In addition, Suike has also launched a creativity campaign to strengthen its engagement with quality content creators. The campaign entails content creativity competitions for film and TV, music, animation, comedy categories that encourage content creators to submit their best content to win prize money and benefits such as the opportunity to do voiceover work with THE9.

At the event, Ge Hong shared Suike's content strengths and recommended products through interactions with the app's users. He said, "Suike's advantage lies in its ability to cater to different audience groups by having a diversified content selection. For example, as one of Suike's key categories, film and TV category gathers a lot of high-quality content creators and works. Aside from film and TV commentaries, idol video mashups, as well as reaction videos, Suike welcomes content creators to share their high-quality productions that revolve around iQIYI's original films, drama series and variety shows."

As part of the rebranding, Suike's product pages were redesigned to cater to younger users and access to more videos was added. Features such as creation-sharing and community engagement were optimized to deliver better user experiences. Newly added features include a new dynamic tab, exclusive celebrity channels and communities to meet users' diverse entertainment needs such as viewing, creation and engagement.

Suike is committed to becoming the premier streaming platform in China as it steps up efforts to deepen its presence from the content, creator, technology, community and commerce aspects and to improve its platform ecosystem.